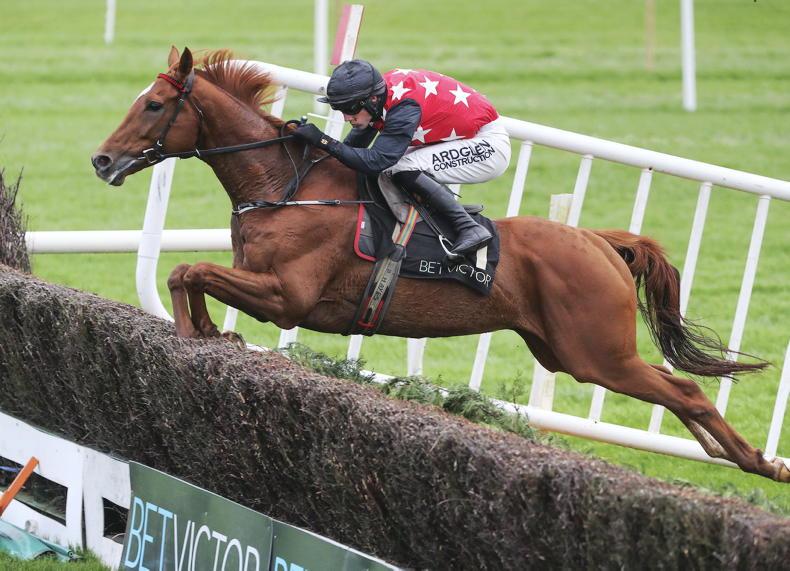 John ‘Shark’ Hanlon is hoping Cape Gentleman will create a unique piece of history should he win the Grand National.

The six-year-old arrived at Hanlon’s yard in Bagenalstown, County Carlow this week, having been purchased for American owners.

The former Irish Cesarewitch winner has been bought out of Emmet Mullins’ yard with the aim of landing the Aintree spectacular exactly 100 years after new connections’ great-grandfather, American businessman and owner/breeder Stephen Sanford, won the race with Sergeant Murphy.

Mullins himself won the race last year with the seven-year-old Noble Yeats, ridden by amateur Sam Waley-Cohen, and Hanlon hopes the Champs Elysees gelding Cape Gentleman will become a National horse, having won two of his seven starts over fences.

Hanlon confirmed: “We have Cape Gentleman, who we have bought out of Emmet Mullins’. We are looking forward to him now.

“He is a 150-rated horse who is going to go for the English National. I only got him during the week.

“He is a high-class horse. He will run over Christmas somewhere, but he is one I have bought for American owners, whose great-grandfather won the National in 1923.

“They want to have a runner in it next year because it is 100 years down the road. I bought this horse for them.”

Hanlon is no stranger to National success, sending out Hewick to win the American Grand National in Far Hills, New Jersey. A bargain buy at €850, he picked up $155,000 in prize-money when easily landing the two-mile-five-furlong test last month.

And Hanlon is now eyeing a more substantial pot with last season’s bet365 Gold Cup winner, plotting a path to the Cheltenham Gold Cup with the seven-year-old.

Hanlon said: “He’s great. He’s out in the field enjoying life now and out on his break.

“The Gold Cup is still the plan. We’ll start bringing him back around Christmas.

“He’ll have 10 weeks off and then bring him back, then I’d say we’ll go straight for the Gold Cup.

“I don’t think he’ll have a run beforehand. We’ll see nearer the time, Maybe, a couple of weeks before, if I think he needs to get a blow in, we’ll go somewhere, but the plan is to go straight to the Gold Cup.”

Hanlon said he and jockey Jordan Gainford enjoyed the experience of having a runner in the States.

He added: “It was brilliant. It was mighty. It was completely different. It was literally like a point-to-point with cars in the middle and drinking out of the cars, there were no bars.

“It was great for me to go over and do it and a great experience.”