Title: AMERICAN PREVIEW: Appleby out to plunder the Big A 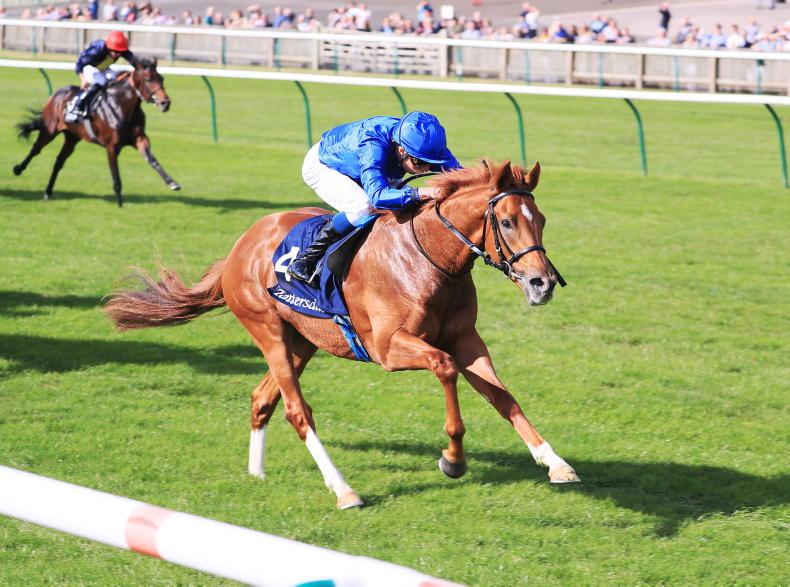 Modern Games bids for another Grade 1 in Canada \ Healy Racing

THE final legs of the New York Caesars Turf Triple for three-year-olds takes place tonight as the meeting normally held at Belmont switches to Aqueduct due to rebuilding at the former track.

Charlie Appleby’s US team hope to wrap up their summer in NY with another success for the Teofilo colt Nations Pride in the Grade 3 $1 million Jockey Club Derby Invitational.

In the first leg of the Triple in July, Classic Causeway made most and took the $1 million Caesars Belmont Derby Invitational Stakes when capitalising on a lack of pace in the field to hold on by three-quarters of a length from Nations Pride.

Nations Pride then won the shorter mile and a furlong and a half Grade 1 Caesars Saratoga Derby Invitational Stakes, with Classic Causeway settling for third, and the two rivals will meet for the decider tonight (Sky, 10.45pm).

Classic Causeway was a contender for the Kentucky Derby after winning a pair of graded stakes races in Tampa Bay to open 2022. After defeats in the Florida Derby and in Kentucky, he was sent to trainer Ken McPeek and the son of Giant’s Causeway was switched to turf.

Though this is a longer distance, Mc Peek said: “It should be a better pace scenario than the Saratoga race but we’re still trying to get him to learn how to relax.”

While the distance might hinder a front-runner such as Classic Causeway, with just five rivals it is unlikely to be a fast pace, and the Godolphin colt should prevail.

Earlier at 9:07pm the Grade 3 Jockey Club Oaks Invitational Stakes has a field of six fillies led by the Chad Brown-trained Frankel filly McKulick, but the Preis der Diana (German Oaks) winner Toskana Belle for Andreas Wöhler could have enough to win this.

There is international interest in the Grade 1 at Woodbine also supplied by Godolphin as the 2021 Breeders’ Cup Juvenile Turf and Poule d’Essai des Poulains (French 2000 Guineas) winner Modern Games takes on big field of 10 rivals on the turf in the Grade 1 Ricoh Woodbine Mile at 10.35pm.

The field includes Grade 1 winner Invar, the Irish-bred Wakanaka, improving steadily for trainer Bill Mott and a winner over the course and distance in the Grade 2 Dance Smartly Stakes in July.

It is a decent-quality field which also includes Irish-bred War Bomber, who won the Grade 3 Seagram Cup on the Woodbine all-weather course in his last start; the one-eyed Mighty Heart, who has been inconsistent at top levels since winning the first two legs of the Canadian Triple Crown in 2020; and Shirl’s Speight, the mount of Emma-Jayne Wilson, winner of three races earlier in the year, including the Grade 1 Maker’s Mark Mile at Keeneland, but winless in his three most recent starts.

Modern Games was last seen when second to Baaeed in the Sussex Stakes and after a busy spring where he was also third in the Prix du Jockey-Club, he should be primed for this, with William Buick travelling to take the mount. His forward running style should be an asset.

Appleby said: “He has shown he can perform on tracks internationally and in Europe... He’s a progressive horse that every time he was set a challenge, he stepped up again.”

Modern Games is joined by Finest Sound from the Simon and Ed Crisford stable who last time out finished second in the Celebration Mile at Goodwood to Leopardstown winner Jadoomi.

Ivar, trained by Paulo Lobo, was third in the last year’s Breeders’ Cup Mile. He warmed up for this with an off-the-pace victory at Horseshoe Indianapolis on July 9th and the former Grade 1 Shadwell Turf Mile winner is a danger as he comes with a late run.

Appleby and Godolphin enjoyed success in the two-year-old contests last season at Woodbine and run the Irish-bred Mysterious Night in the Grade 1 Pattison Summer Stakes over a mile. The Dark Angel colt won a Group 3 in Deauville last time.

The other Grade 1 on the card is the Johnnie Walker Natalma Stakes for two-year-old fillies. 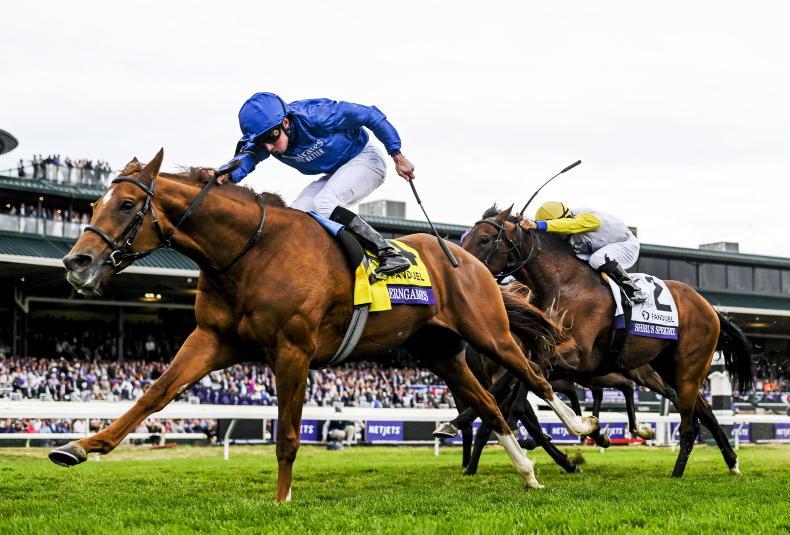 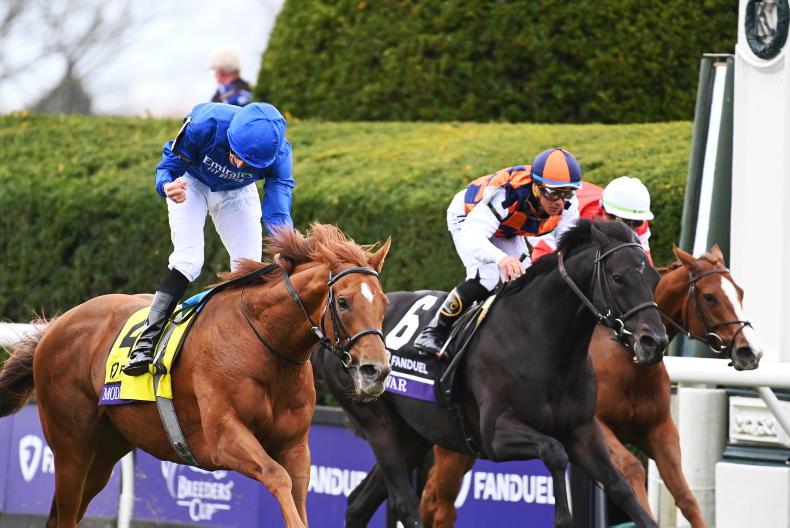 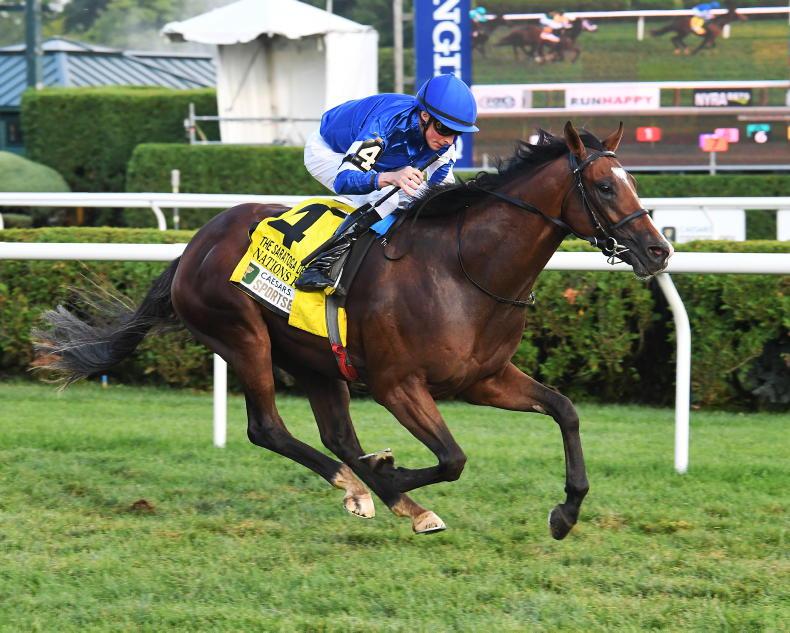 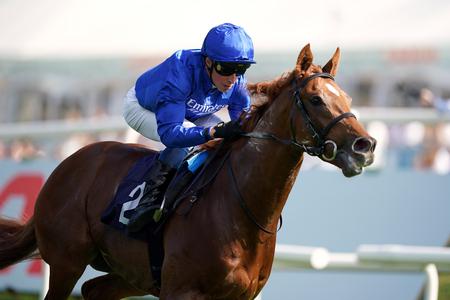