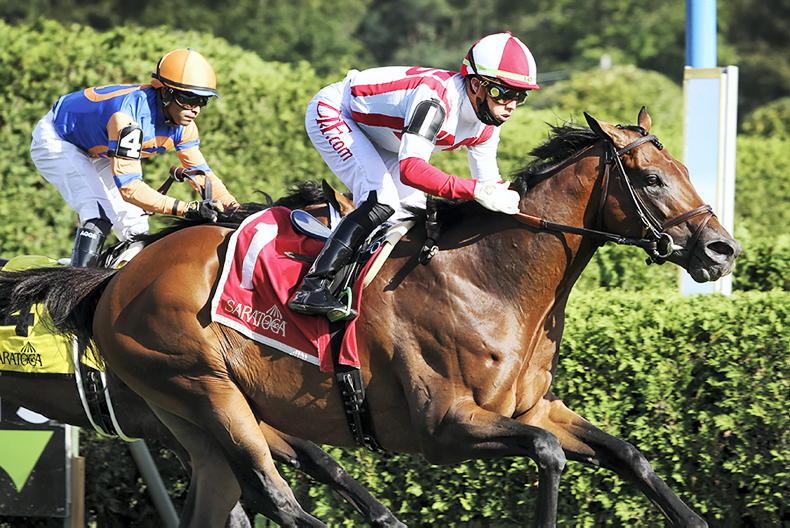 THERE is a full field of 15 for the Grade 1 Hollywood Derby at Del Mar tonight which contains three Irish-breds.

Public Sector had his stable companion back in seventh when he won the Grade 2 Hill Prince Stakes at Belmont last month.

Peter Brandt’s Shifting Sands has three wins from six starts and is a half-brother to 1000 Guineas winner Legatissimo.

Richard Mandella’s Subconsious has strong claims and is on a four-timer after winning Santa Anita’s Grade 2 Twilight Derby last time. Zoffanelli (Zoffany) moved from Ralph Beckett in Britain to Jeff Mullins and took a Grade 3 here in August.

Tomorrow’s feature is the Grade 1 Matriarch Stakes which sees a field of six fillies and mares over the turf mile. Last year’s winner Viadera, a British-bred Bated Breath mare for Juddmonte, has most to fear from multiple winner Princess Grace and Brendan Walsh’s Zoffany mare Zoffelle.