Title: ANDY BATE: A+ for A Plus Tard

Henry de Bromhead's charge is likely to have improved over the summer, while there is every reason to believe the Dans Le Vent can repeat his Haydock hurdling success 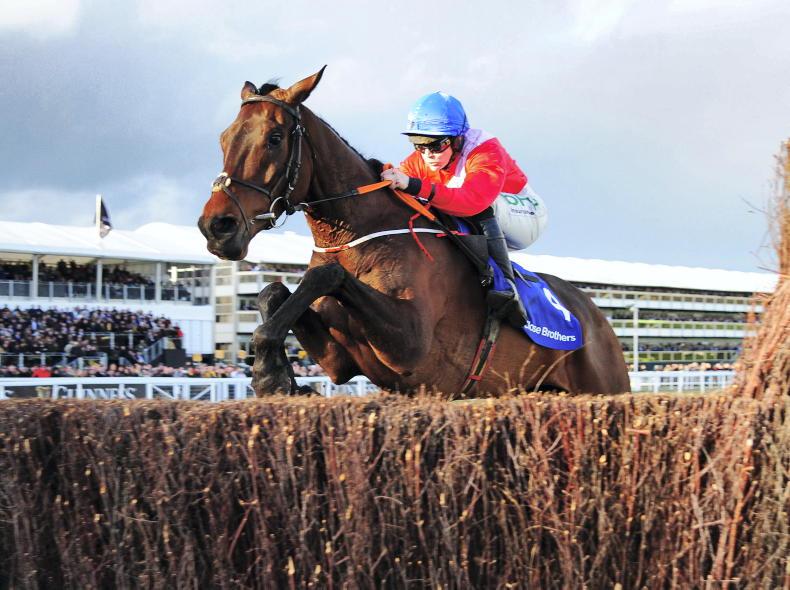 A Plus Tard was accurate at his fences, which was not always the case last season and is likely to have improved for another summer \ Healy Racing

A PLUS Tard sauntering up Haydock’s run-in was an ominous sign for British-based trainers from the perspective of this season’s staying chases as the Henry de Bromhead-trained gelding became the first Irish-trained winner of the Grade 1 Betfair Chase.

Rachael Blackmore enjoyed an armchair ride as she guided the Gold Cup runner-up to a 22-length victory in a time figure short of his best although still a number on his seasonal debut which illustrates he is likely to have improved for another summer.

The most notable difference in performance was how accurate the seven-year-old was at his fences, which was not always the case last season.

The overall race time was the quickest on the day despite the ease of victory with a comparison to the Graduation Chase won by Bravemansgame (154) confirming the gallop as strong, while at the same time also pointing to the Paul Nicholls-trained six-year-old being an above-average novice chaser.

A split-screen assessment of the two races from as early as the second fence in the Graduation event shows Bravemansgame would have crossed the line no more than three lengths adrift of A Plus Tard (167).

The concluding sectional honours went to the Ditcheat youngster as the son of Brave Mansonnien clocked 94.5 seconds from the last fence in the back straight compared to A Plus Tard’s 94.9 seconds.

To further illustrate the races being truly run, the other two chases on the card were over 12 seconds slower in the shortened-race comparison with Strictlyadancer (129) finishing off best of the two races in posting 97.4 seconds from the fifth last fence.

It was a day to forget for the rest of the Betfair Chase field as only Royale Pagaille (145) offered any resistance to the winner although, as Venetia Williams’s seven-year-old completed the closing sectional in 100.2 seconds, it must still be listed as a sub-par effort.

The performances of both Itchy Feet (151) and Pay The Piper (145) against Bravemansgame are worthy of comment as they both finished off their race in good fashion with Olly Murphy’s gelding edging the closing sectional analysis stopping the clock at 94.9 seconds compared to 95.5 seconds recorded by Ann Hamilton’s six-year-old.

Pay The Piper’s run also paid compliment to Ladbroke Chase-bound Fiddlerontheroof who edged him out in the Colin Parker Chase at Carlisle on his previous outing.

Betfair Chase day will also be an occasion to live long in the memory of Evan Williams as his daughter Isobel skilfully guided his Dans Le Vent (145) to victory in the Betfair Exchange Stayers’ Handicap Hurdle over three miles and half a furlong.

The Grade 3 contest was the fastest hurdle race on the card when adjusted for distance and was run at an even gallop as opposed to Tommy’s Oscar’s handicap hurdle where the pace collapsed in the final stages, while Barrichello’s listed novice hurdle represented a test of finishing speed.

A comparison from the second hurdle in the home straight plus a complete circuit shows there wasn’t a great deal to choose between the three races, however, there was plenty of variance in the closing sectionals from the last hurdle in the back straight.

Barrichello (135) was the fastest closer under a perfectly judged front-running ride by Brian Hughes as he stopped the clock at 84.6 seconds with Tommy’s Oscar (140) at the other end of the scale at 89.0 seconds.

This was a first attempt at three miles for the winner since joining Evan Williams so, given similar speed-favouring conditions over the same trip, there is every reason to believe the eight-year-old can repeat this achievement even if rising in the handicap.

It was a first completion at the trip for the runner-up Riggs (144) who appeared to thrive on the test of stamina, travelling smoothly and hurdling well throughout.

The six-year-old posted a closing sectional of 87.9 seconds as he saw out the trip thoroughly and trainer Dan Skelton will no doubt find a winning staying handicap opportunity or two for the son of Mahler as the season progresses.

Bass Rock (143) filled third place and may not have lasted home having been ridden closer to the pace than the first two home. Sandy Thomson’s gelding covered the ground from the last in the back straight in 88.5 seconds, a mistake at the third last did not help his cause.

It is still worth noting the form of his Carlisle success which is working out nicely.

I was also quite taken with Barrichello of whom trainer Donald McCain has always held in good regard and connections are now pleased the son of Gentlewave is living up to their expectations.

The feature of this listed win was slick hurdling which improved further as the five-year-old quickened, it may not take a similarly set-up race to see him add to his winning tally. 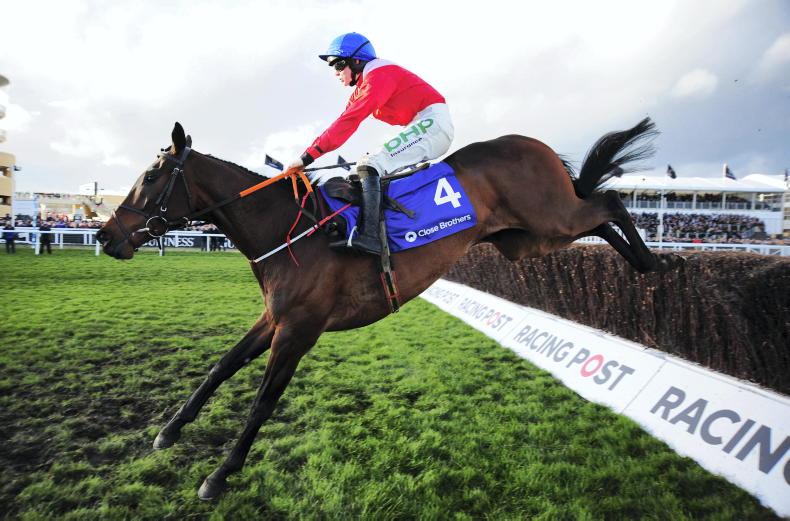 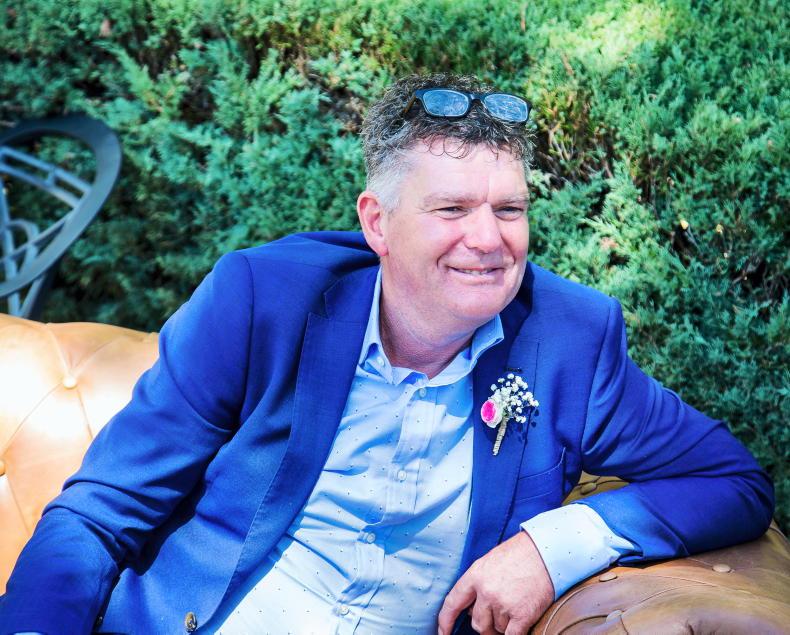 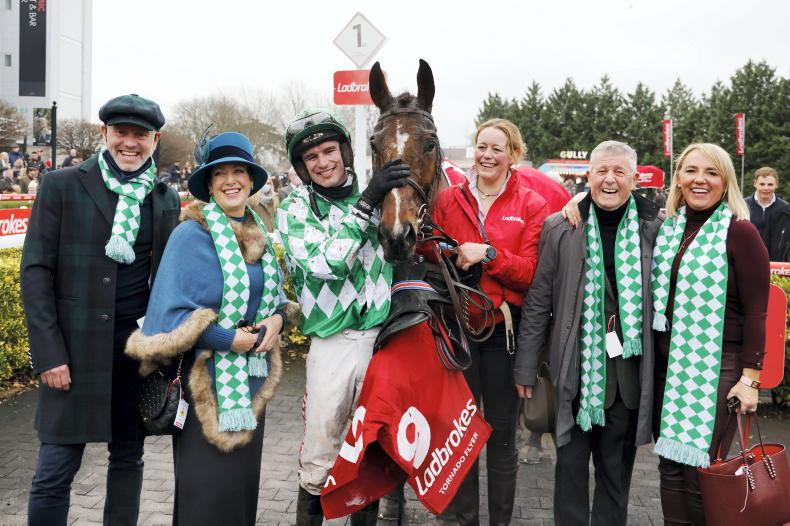