The novice jumped accurately, if a little carefully in the early stages in making a winning chasing debut 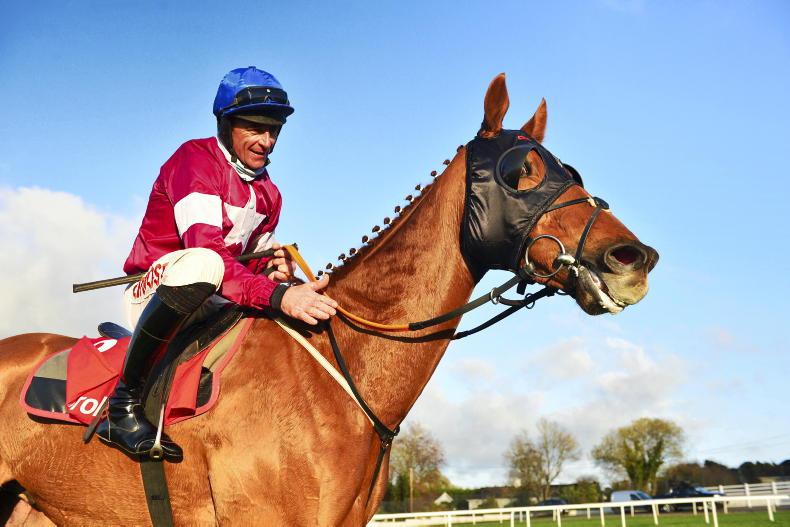 HENRY de Bromhead and Rachael Blackmore may have been readying themselves for A Plus Tard’s seasonal debut in the Betfair Chase at Haydock but their focus would no doubt have been on Gowran Park’s opening contest as Bob Olinger (150) made a winning start to his chasing career.

The overall race time comparison gives an insight into the performance of last season’s Ballymore Novices’ Hurdle winner as he jumped accurately, if a little carefully in the early stages.

The figure also says Bois De Clamart (140) may yet make his mark over fences as there was only 0.8 seconds between the two races over the same course and distance.

The margin grows slightly as the distance covered is reduced with the gap growing to 1.5 seconds when comparing their respective closing sectional from the fifth last fence with Bob Olinger covering the ground in 93.9 seconds compared to Bois De Clamart’s 95.5 seconds.

As a comparison for both races, Secret Cargo (106) clocked 99.7 seconds for the closing sectional which equates to 5.8 of the 8.4 seconds Philip Fenton’s gelding was slower than Bob Olinger overall.

There is nothing strong to note from the hurdle races on the card as the slowest overall time on the day clocked by Indigo Breeze (105) (89.9) matched up to the fastest closing sectional as Deploy The Getaway (103) somewhat handed Gordon Elliott’s gelding victory with a slow jump at the final hurdle.

Davy Russell put his mount’s already proven stamina to best use by making pretty much all the running to win unchallenged.

In comparison to the other chase on the card won by Kapard (125,) the closing sectionals also weigh in favour of the Gordon Elliott-trained stayer who clocked 99.0 seconds from the final fence in the back straight, which was 1.4 seconds faster than Kapard who was well ridden by Rachael Blackmore.

The Grade 3 Monksfield Novice Hurdle was yet another slowly run graded novice event in a season which has yet to see a standout performance by a novice hurdler.

There have been some positives in the closing sectionals although it was not the case with the victory of Hollow Games (110) (96.8) who, despite being the fastest closer from the last hurdle in the back straight, was only marginally ahead of Clarens (115) (97.3) who is rated just 109 according to the handicapper.

Sovereign Slipper (76+), Saturday 20th November, Wolverhampton – posted better data than the 0-80 handicap on the card and looks equipped to climb the ratings through the winter.

Edwardstone (142), Wednesday 17th November, Warwick – made up for an unlucky chase debut and promises be at least as good over fences as he was over hurdles.