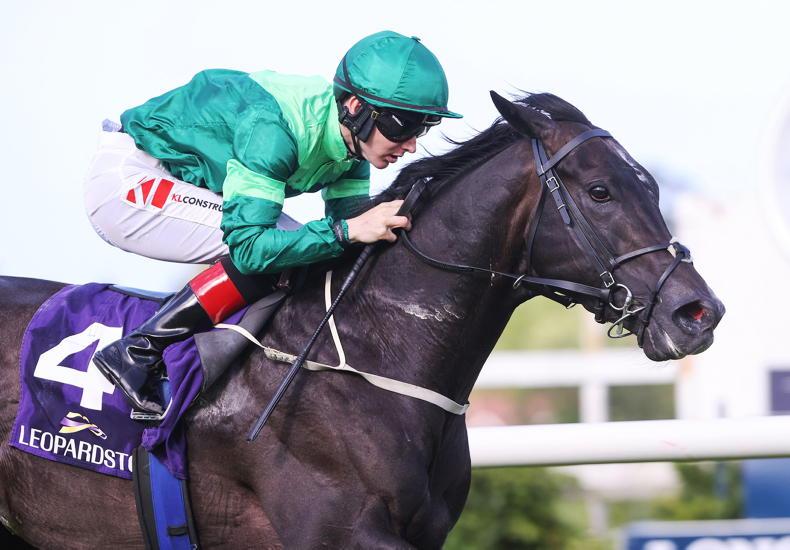 DR Zempf (103+) is at home over seven furlongs at Leopardstown and added another course and distance win to his record with victory in the Group 3 Ballycorus Stakes last Thursday week.

Although the time figure was the quickest of the three races over the same distance, I would still describe the race as slowly run, with the difference in class between the Group 3 winner and the remainder of the card his closing sectional.

The son of Dark Angel posted a closing sectional of 36.65secs, which was by far the fastest on the evening as he led home a one-two for Ger Lyons.

In fact, the next best finishing effort on the evening was posted by the runner-up Straight Answer (102+) who recorded a closing split of 36.89sces, finishing off very strongly after looking likely to drop out turning for home.

Ger Lyons expressed the view the winner is best at seven furlongs on good ground, while the runner-up may well step up to a mile for future assignments.

The closest winner in terms of closing sectional was Helpmeout (85), who stopped the clock at 37.86secs for the final three furlongs when winning the mile handicap.

Chicago Lightening (80+) did well to overcome an awkward start and wide draw to post a meritorious finishing effort of 37.58secs and Johnny Murtagh’s handicap debutant is worthy of a tracker entry.

The clock says both handicaps over the mile were strongly run with the filles and mares the faster overall and through the closing stages.

Giladah (86+) opened her winning account on handicap debut, covering the final three furlongs in 38.87secs compared to Complete Fiction (78) who stopped the clock at 39.29secs.

Coill Na Sionainne (84) chased home Dermot Weld’s winner to back up her recent course and distance second to Chicago Bear, while there was also plenty of encouragement for the future from Knocklane Lass (82+) who was returning from a 132-day absence.

Paul Flynn’s fine season continued as Plunkett (84+) proved much the best in the apprentice handicap in the hands of Danny Gilligan who looks a jockey to keep on side in the sphere.

The son of Gleneagles completed his race in 38.37secs and is another to have chased home the previously noted Chicago Bear.

Harry’s Legacy (80) posted a respectable finishing split given the extra ground covered, clocking 39.65secs in the concluding long distance handicap, while at the opposite at the card Yerwanthere (75) laboured to a finishing effort of 39.23secs to win the fillies’ maiden.

The five-furlong event was the fastest time of the night on the straight track when adjusted for distance, although was not sufficiently clear of the other races over the minimum trip to be par for the grade.

However, I would suggest the runner-up can make her presence felt in listed races when stepped up to six furlongs.

Closing sectionals on the straight course at the Mallow track are subject to discrepancy, but my estimates on Wednesday bring Screen Siren (84) and Funchal (83) closer together than the overall race time suggests.

Willie McCreery’s filly was at her most impressive through the final furlong and looks sure to progress, while Lucky Queen (76+) also caught the eye finishing strongly and can be seen to better effect in handicaps.

Switching focus to the round track, Rosscarberry (105+) graduated from handicaps to win the feature race, the Group 3 Munster Oaks.

The Sea The Stars filly is now four from four for Paddy Twomey and, although the time figure of her most recent handicap was stronger, this performance shows she has a turn of speed to match her undoubted stamina.

A closing sectional of 46.01secs compared well with the finishing effort of Hell Bent (95) who completed his race from the same point in 46.64secs.

Billy Lee was required to keep up the revs all the way to the line on Rosscarbery to hold off the rallying Yaxeni (105), who will benefit from going back up in trip and I would also highlight the run of Massaman (92) in the premier handicap as Jack Davison’s gelding was the only runner to make up any ground in another race where the pace held up well.

Term Of Endearment (90+), June 6th, Gowran Park – a filly to follow in handicaps