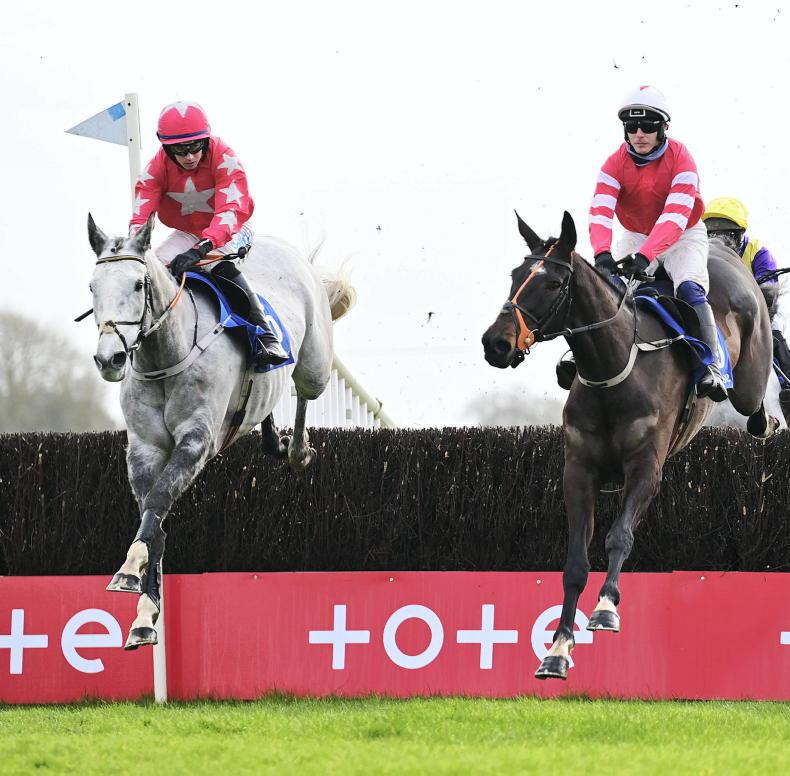 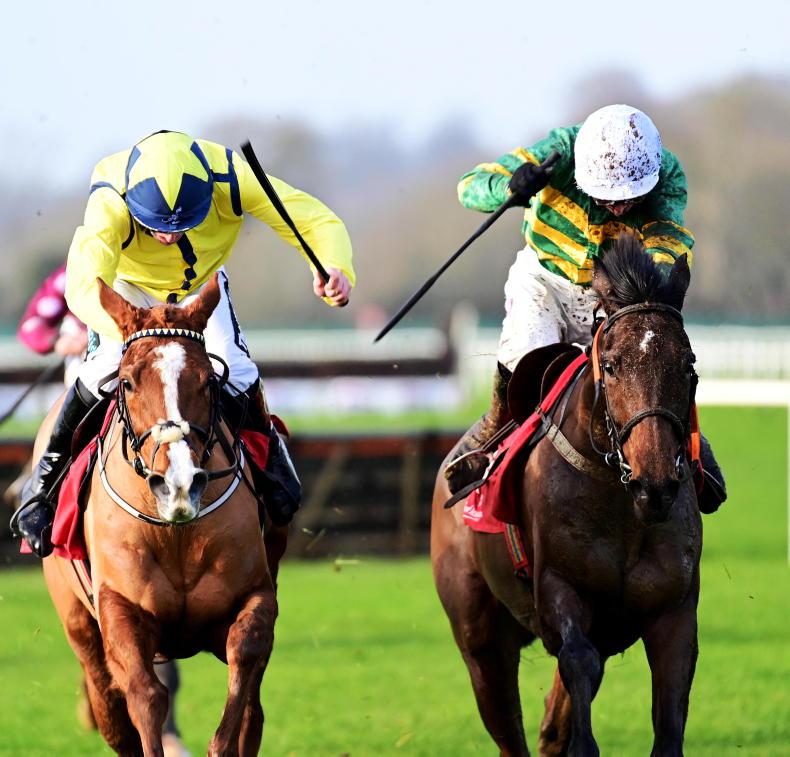 DUNVEGAN was the toast of Fairyhouse again on Sunday as he delivered a precise round of jumping to fulfil the faith jockey Bryan Cooper has always extolled in him to land the Dan & Joan Moore Memorial Handicap Chase.

The race developed into a two-horse contest from the first obstacle as Blackbow (154) joined Dunvegan (157) in winging the first fence allowing the pair to quickly open a five-length lead on the field.

The result of there being no let-up in pace was an overall race time which suggests the principals could dominate in similar fashion if moving up to contest either a Grade 3 or 2 in the future.

The deciding factor was the difference in jumping at the final fence, where Pat Fahy’s flying grey was again spring heeled and Blackbow made his only mistake of the race.

Saint Sam (148+) made a successful debut over fences over the same course and distance and, while not quite as quick overall, the Willie Mullins-trained youngster was the equal of his more experienced counterparts for most of the final circuit.

Dunvegan covered the final circuit in 3m 29.7secs compared to Saint Sam’s 3m 31.7secs with the closing sectional from the fifth last accounting for 1.2secs of the difference.

However, the gap could have been less had the son of Saint Des Saints been asked for full effort, suggesting the five-year-old is another Willie Mullins novice chaser capable of operating at graded level.

Thedevilscoachman (139+) won the battle with El Barra (138) for second although the six-year-old will have to improve his jumping if he is to deliver on his undoubted potential.

To complete the analysis, Farceur Du Large (129) prevailed in a slowly run race where he dictated for the most part. Those Years clocks up a notable win

ALL Those Years (125) landed a few tidy bets in the opening race at Cork last Saturday as Mark Walsh conjured a winning run from the lightly raced eight-year-old after mistakes at the final two hurdles threatened to derail the gamble.

The race was one of two notable performances on the clock with Ebasari (123) equally impressive in the next race when narrowly edging out Willie Mullins’s odds-on favourite Adamantly Chosen (123), the pair pulling clear in the closing stages.

All Those Years clocked the fastest overall race time, although Ebasari was not as far behind in a reduced race over the final circuit and there was little between them through the closing sectional.

The relevant circuit data saw All Those Years cover the ground from the middle hurdle in the straight first time round to the winning line in 3m 16.9secs while Gordon Elliott’s hurdling debutant stopped the clock at 3m 18.8secs.

In the context of the meeting both read well when compared to Rebel Early (118) who posted 3m 22.3 secs in landing the feature hurdle on the card.