Title: ANDY BATE: Fortescue looks one to follow in marathons

Was there a favourable strip of ground in the home straight at Ascot last Saturday? 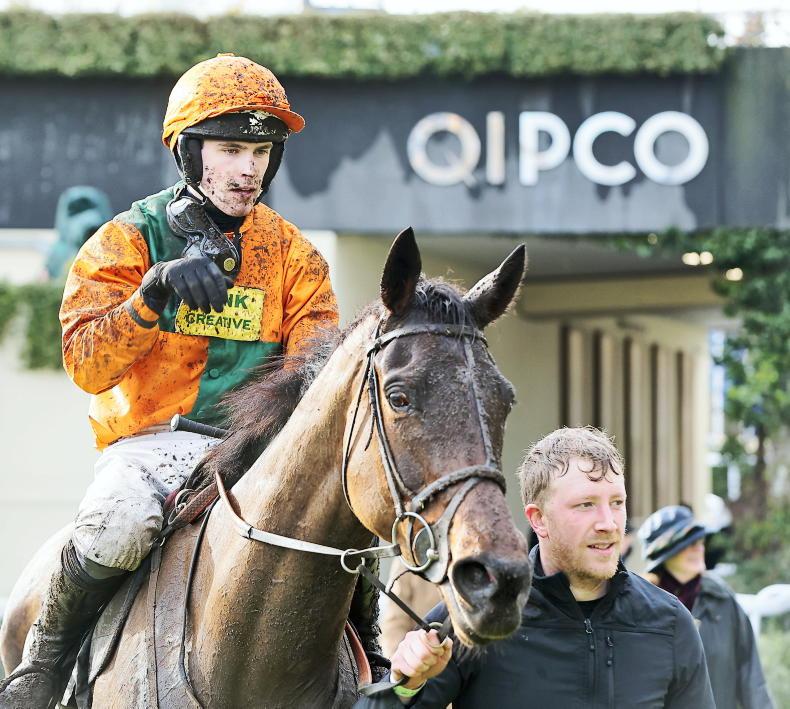 Fortescue and Hugh Nugent could be players in the Scottish National

FAKIR D’Oudairies stole the headlines at Ascot last Saturday with his Grade 1 win but my time analysis suggests that the horse to take out of the entire meeting was Fortescue, who won the three-mile handicap chase on the card.

Take nothing away from Fakir D’Oudairies – he clocked a creditable effort – but the time-figure for the race was less than I would have expected for a Grade 1 event, suggesting once again that British Grade 1s are there for the taking by the Irish.

In comparison, the swift-jumping Fortescue put up a stronger finishing effort in winning his race.

On the home turn, the game looked up for the Hugh Nugent-ridden gelding as Fiddlerontheroof swept past with his challenge although when switched outside the partnership found the extra gear required to secure victory.

Fortescue is much better suited by the soft ground he encountered recently and was strong at the line to confirm the impression he is worth a try over a marathon trip.

The decision facing trainer Henry Daly is to either wait for Aintree and possibly miss the cut or take the option of the Scottish equivalent at Ayr the week before.

Fanion D’Estruval (151) found a similar strip of ground to Fortescue in the Ascot Chase to finish off strongly having looked likely to drop away at the second last fence.

This suggested to me there was an advantage in racing away from the inside rail at Ascot on Saturday.

With that in mind, looking back towards the handicap chase I would upgrade the performances of Fiddlerontheroof (152+) who drifted back to the rail when leading and Truckers Lodge (150+) who raced there through most of the closing stages.

In winning the Reynoldstown Chase, Does He Know (150) clocked the fastest overall time when adjusted for distance. However, the sectionals indicated the winner was all out at the finish, hinting he reached the ceiling of his ability.

Fortescue’s stable companion Guillemot (116) ran to his best time-figure in winning the three-mile handicap hurdle but was firmly put in the shadows by the Sam Thomas-trained pair Skytastic (140+) and Good Risk At All (142+) who impressed on the clock in winning their respective hurdle races on the card.

Good Risk At All was the quicker of the two Thomas winners although the overall time superiority was reversed on the sectionals.

Goshen (160) made it back-to-back wins in the Elite Hurdle at Wincanton registering the same time-figure as achieved last year, only this time Gary Moore’s stable star faced a worthy adversary in Adagio (158) who promoted his claims of reaching the places in the Champion Hurdle.

At whichever point the hurdle races at Wincanton are measured throughout the final circuit Goshen, as expected, was by far the fastest. The talented six-year-old was also at least four seconds quicker than the other winners from the third last hurdle.