A prodigious leap at the last carried Geryville to a facile victory, in doing so making Micky Hammond’s chaser worthy of a tracker entry 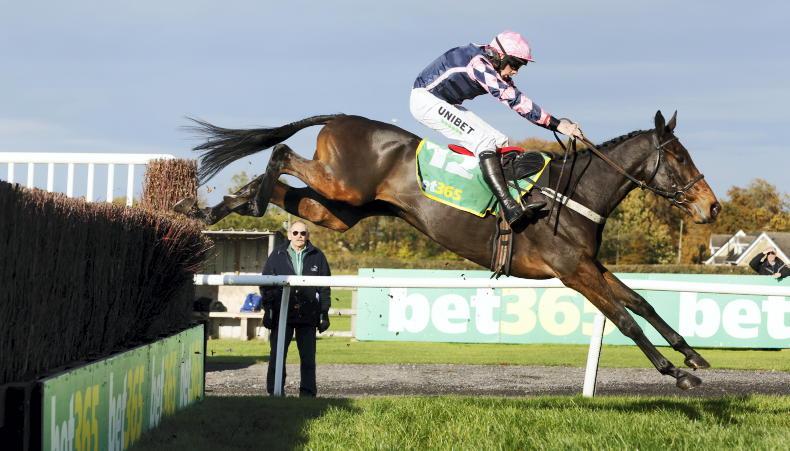 WETHERBY also hosted a two-day fixture with the Charlie Hall Chase an early season reminder of the thrills and, unfortunately for the Skelton team, the spills which are part and parcel of the unpredictability of National Hunt racing.

Cyrname was bidding to make it back-to-back wins on his seasonal debut and, while he looked to be tanking along in the early exchanges, the pace was no quicker than the opening race on the card won by Geryville; more of him later.

Heading out for the final circuit, Harry Cobden asked his mount to stretch the field which the nine-year-old did to such an extent that he reached the last in the back straight 5.4 seconds before the leader in the opening handicap.

Shan Blue (155+?) travelled with ease despite the lift in pace as he tracked his market rival, both jumping accurately. On the home turn, Harry Skelton made his move to win the race, his partner delivering a burst of speed to carry them to what looked an unassailable lead.

Initially the gap between Cyrname and eventual winner Fusil Raffles did not diminish and, to further support the view it was all about Skelton’s seven-year-old quickening, the time difference between the races grew by a further 2.4 seconds on reaching the first fence in the home straight.

Following Shan Blue’s cruel departure, it was left to Fusil Raffles (144) to slog it out to the line to beat the brave Kitty’s Light (140) who had been of the bridle for almost a circuit.

The pictures portrayed a slow-motion finish which the clock reinforced as it was by someway the slowest of the chases from the last in the back straight. Nicky Henderson’s six-year-old completed the sectional in 92.8 seconds, which was 5.6 and 6.7 seconds slower than Soyouthinksoagain (118) and Geryville (125+) respectively. I would have reservations about Fusil Raffles performing to the same level if returned to the track quickly given his exertions last Saturday.

However, the time clocked by Geryville in combination with his finishing sectional of 86.1 seconds is worth closer inspection. Sent off an unconsidered 40/1 chance, the five-year-old was a little ponderous at his fences early on before warming to his task as the race developed.

Making his ground on the home turn, the son of Rail Link already found himself in front before a prodigious leap at the last carried him to a facile victory, in doing so making Micky Hammond’s chaser worthy of a tracker entry.

Harry Skelton’s run for glory was the path to victory earlier in the afternoon aboard Molly Ollys Wishes (146) in the listed mares’ hurdle. Fiveandtwenty set the race up perfectly for the winner as stamina assured her pilot was able to set sail for home while her rivals were still waiting for the front-runner to come back to the field.

She covered the circuit to the first in the home straight 5.4 seconds faster than Master Tommy Tucker (133) who led the field in the Grade 2 hurdle, and also posted an eased down closing sectional of 95.9 seconds which was just 0.8 seconds faster than Indefatigable (141).

Friday’s card saw Numitor in the penultimate race and Harbour Lake in the concluding contest produce the notable performances on the clock.

Numitor (130+) was dominant from flag fall and, bar a mistake at the second last, Heather Main’s grey was accurate and, in some cases, extravagant at his fences throughout. The mistake two from home merely served to focus the seven-year-old who found an extra gear to win courtesy of a closing sectional of 84.6 seconds which was 2.5 seconds faster than listed winner Good Boy Bobby (130). The data promotes the performances of Ballyvic Boru (120) and Casa Tall (120) although the eye-catcher was Fontaine Collonges (118+) who finished strongly after being slightly outpaced on her first run for 289 days.

Harbour Lake (125+) made a sparkling debut in a good time and will improve with experience after a finishing effort of 94.6 seconds despite being less than fluent at each of the last three hurdles. 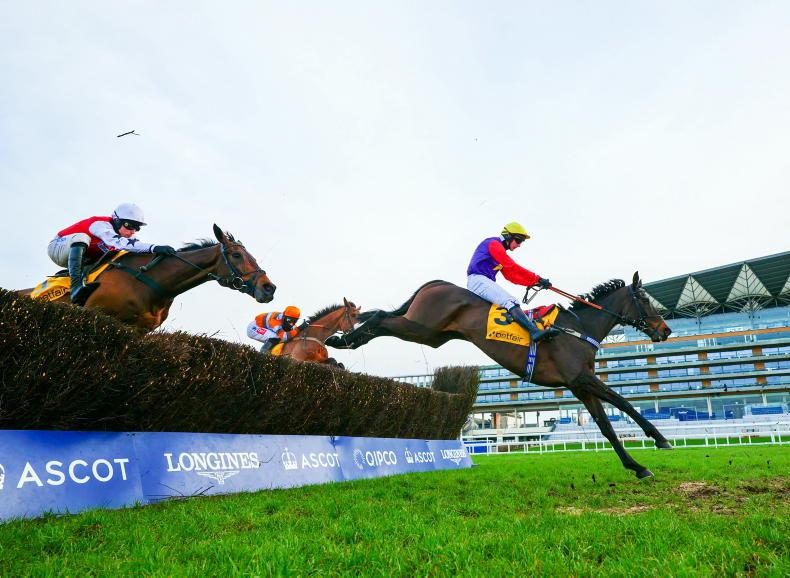 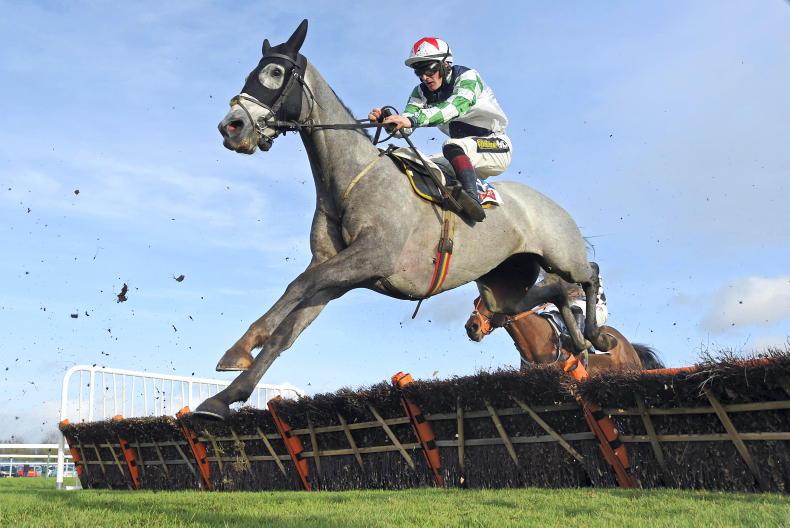 BRITISH PREVIEW: Side with Silver to take Gold at Ascot
Rory Delargy thinks it could be a big weekend for the Nigel Twiston-Davies team 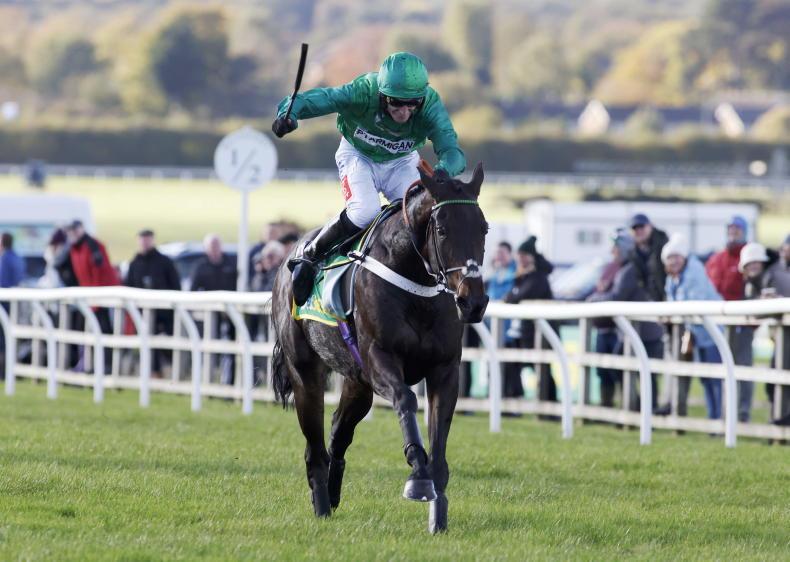 Rory Delargy
BRITAIN: Raffles ready to pick up the pieces
The feature race had a dramatic conclusion when Shan Blue crashed out three out 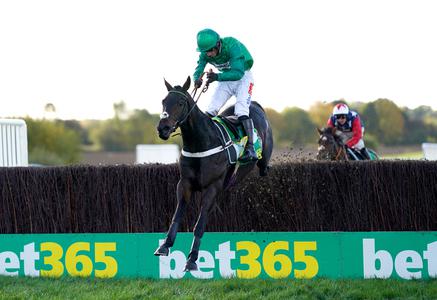