Impervious charged home to add a fast-finishing sectional to her portfolio; clocking 96.3 seconds from the fourth last hurdle. 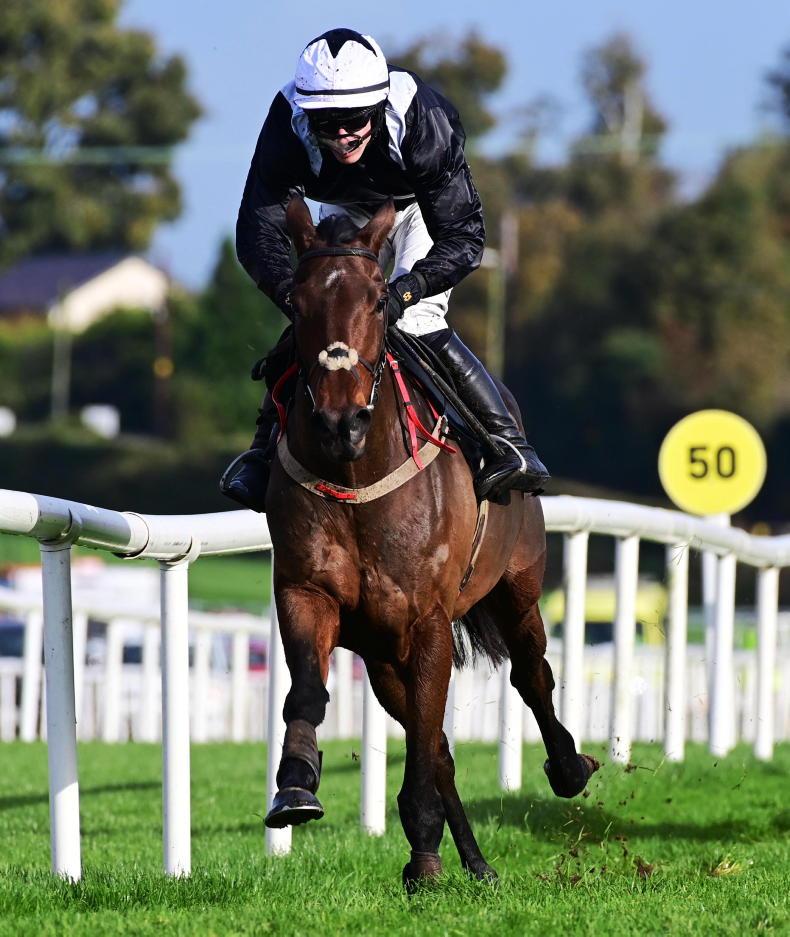 ZANAHIYR (130) was the centrepiece of the Cullentra House treble at Down Royal on Friday as he returned to winning ways in the feature Grade 2 WKD Hurdle.

However, the race to focus on according to the clock was the preceding Grade 3 mares’ hurdle won by Impervious (140).

A shortened version of the races confirms the superiority of Colm Murphy’s mare as she would have crossed the line 5.8 seconds in advance of Zanahiyr.

Sit Down Lucy (133) and Glan (128) would also have beaten the WKD hurdle winner although well beaten by Impervious.

The daughter of Shantou jumped carefully in the main until she was less than fluent at both the third and second last hurdles, although following those mistakes she charged home to add a fast-finishing sectional to her portfolio; clocking 96.3 seconds from the fourth last hurdle.