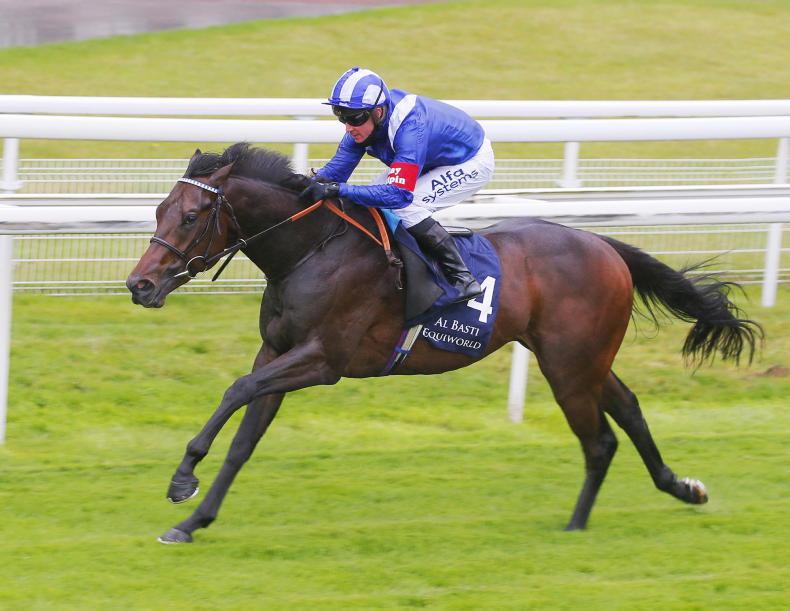 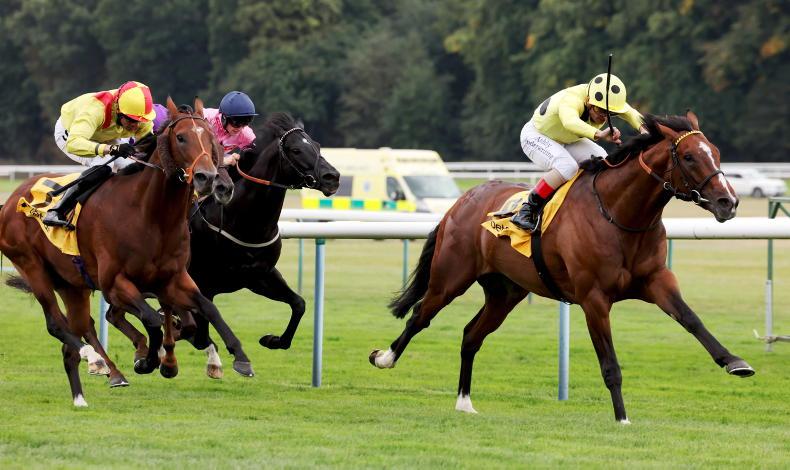 MINZAAL (122) was a sensational winner of the Group 1 Sprint Cup Stakes with his decisive three-and-three-quarter length victory lowering the course record for the six-furlong track at Haydock.

Sadly, last Saturday’s hero paid for his brilliance by sustaining a knee injury which will call time on a career which was just beginning to realise its undoubted potential.

After travelling smoothly behind the strong pace, Jim Crowley produced the son of Mehmas passing the furlong pole and the pair were clear in what appeared to be a matter of strides.

A delve into the sectionals shows the final furlong to be relatively slow when compared to the previous four despite the ever-growing gap to the runner-up Emaraaty Ana (116) giving the impression the four-year-old had quickened.

The winning of the race was a fourth consecutive sub-11 second furlong heading to the furlong marker as his rivals all struggled to maintain the fierce gallop.

The Shadwell-owned colt posted 33.61secs for the closing sectional with the individual components 10.61secs, 10.92secs and 12.10secs.

A terrific set of figures which serve to enforce what a shame it is that Minzaal won’t be seen on a racecourse again. His premature retirement must be tough to take for trainer Owen Burrows who saw fellow Group 1 winner Hukum sidelined through injury following his top-level win at Epsom in June.

Given how the front runners faded, I would be inclined to mark up the performance of Flaming Rib (114), who easily fared best of those who raced close to the pace.

Having finished second to Perfect Power in the Commonwealth Cup, Hugo Palmer’s colt could well provide an each-way alternative at Ascot on Champions Day for those who like to bet at more rewarding odds.

Look Out Louis (110) was as equally impressive visually as the Group 1 winner and, although not recording as swift a time figure, the six-year-old was faster through the closing stages.

In winning with his ears pricked, the son of Harbour Watch stopped the clock at 33.17secs with his final furlong split a wildly impressive 11.84secs.

Julie Camacho’s gelding appears to have a liking for the northwest as his best performances have come at Haydock and Chester, while he is also effective on the all-weather at Newcastle.

Alligator Alley (101) caught the eye closing late which, given the efforts of the winner, ensures he emerges from the race with credit.

David O’Meara’s gelding previously won comfortably at Thirsk and remains in good form, while he holds an entry at Musselburgh this coming Sunday.

Triple Time (110) made light of his 364-day absence to clock the best time of the day on the round course.

The son of Frankel was wayward early, having broken slowly and was not doing an awful lot through the final 100-yards, so to post such an impressive time figure is noteworthy.

A closing sectional of 34.85secs was founded on a burst of speed heading to the two-furlong marker which saw the three-year-old cover the ground in 10.96secs as he swept to the lead.

Kevin Ryan will no doubt have targets beyond this Group 3 level for his colt with a trip to France reportedly being considered, while he is expected to relish any cut in the ground this autumn.

Naval Power (96+) impressed on the clock at Ascot on his previous start and, although his time figure was slow on Saturday, his finishing speed again hinted he will easily transition into pattern races.

After waiting for room early in the straight, the Godolphin runner strode clear, with my hand timed estimate of his final furlong being a sharp 11.88secs.

The concluding race was also over the same mile trip as Triple Time and Naval Power with Alazwar (101) winning in a time figure between the two high-profile colts.

Archie Watson’s gelding stopped the clock for his sectional at 34.93secs suggesting he is better than the handicap rating of 85 which he won off at the weekend.

To conclude the data for the Haydock card, Inverness (100) and Island Brave (100) clocked an almost identical time over the same course and distance.

However, the races were run in contrasting fashion with Inverness finding a fine turn of foot to cover the ground from the three-furlong pole in 35.29secs while Island Brave hung tough in front after contesting the lead early, finishing off in 37.14secs.

Sakheer (97+), Haydock, Thursday, September 1st: Landed a novice stakes in a good time and in the style of a future group class performer

Zouky (88+), Haydock, Friday, September 2nd: Made it two wins from two racecourse appearances and looks capable of stepping up in grade