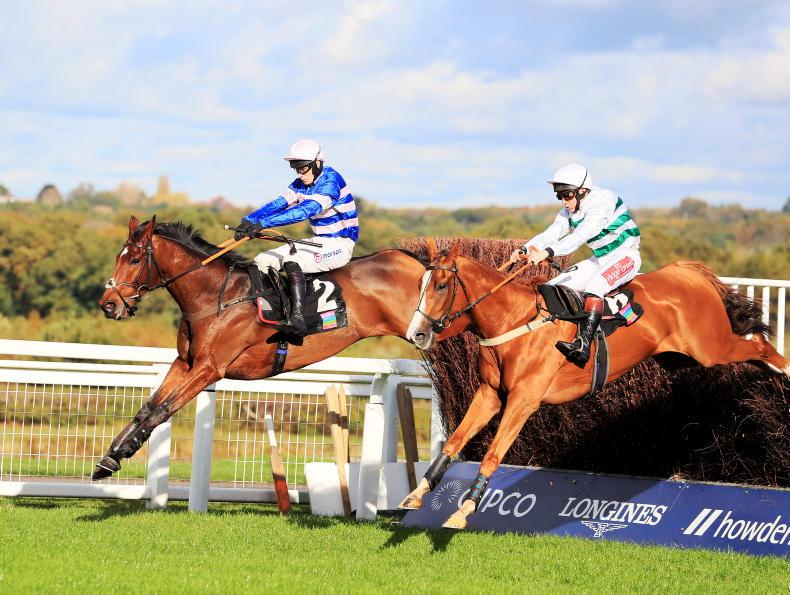 ASCOT’S opening jump fixture of the season was the scene of some dramatic finishes over fences with the first race on the card won by Nassalam the highlight, and Kandoo Kid’s novice hurdle was almost the equal on the clock of Soaring Glory’s victory in the listed handicap hurdle.

Gary Moore has wasted no time in asking his talented four-year-old to jump a fence and it was a debut full of promise despite a few hair-raising leaps on the way round as the tendency to jump left became more pronounced as the race developed.

The feature of all the chases was a strong early pace so the fact Nassalam (145) posted the fastest closing sectional on his debut over fences makes his performance even more meritorious.

Soaring Glory (150) was a comfortable winner of the listed hurdle in a time figure just below the best he has achieved on my figures so Kandoo Kid (140) stopping the clock just 1.2 seconds slower hints at Paul Nicholls’s gelding being a novice to follow.

Further credence is given to the hurdling debutant as he posted a closing sectional of 82.2 seconds which eclipsed his more established counterpart by 1.4 seconds or roughly seven lengths.

Shallwehaveonemore (135) was a rare reverse on the day for the Gary Moore team although it was a surprise how deep into the race the four-year-old travelled with purpose given how he had fought his jockey in the formative stages. The son of Authorized will no doubt be more tractable next time and will be hard to beat in similar company.

Stage Star (130+), Tuesday, October 26th Chepstow – eventually pulled clear to win on his hurdles debut in a time that was faster at all points than his well-regarded stable mate who won the first division of the race.

Minella Drama (149), Friday, October, 29th Uttoxeter – jumped well excluding a stumble two out and can take a similarly high rank over fences that he achieved as a novice hurdler.

Estacas (120), Saturday, October 30th Ascot – stormed home after extracting himself from a pocket and looks the type to defy a penalty in this sphere.