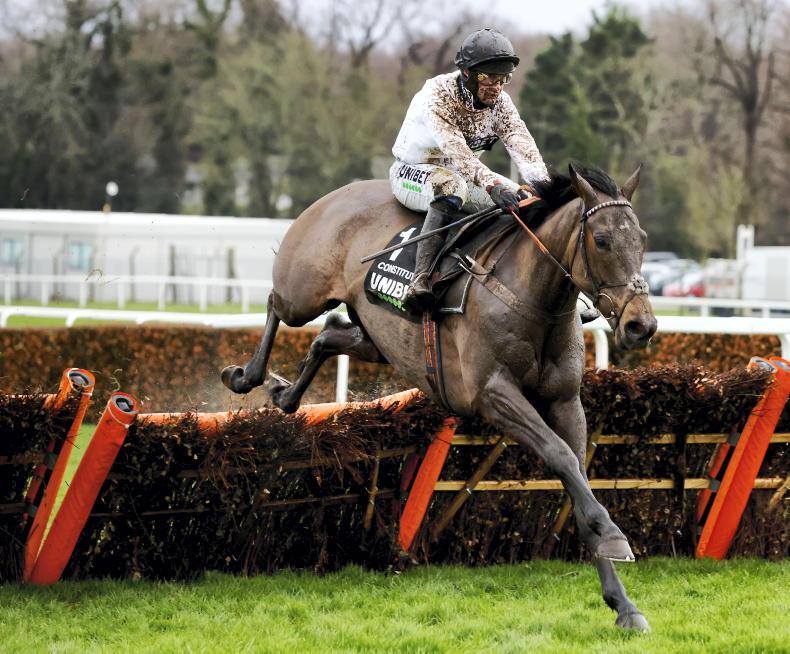 NICKY Henderson boasts an embarrassment of riches in the two-mile novice hurdle division with Grade 1 winner Constitution Hill replacing stablemate Jonbon at the head of the Supreme Novices’ Hurdle market courtesy of his impressive victory in the Tolworth Hurdle.

In ground which blunted the speed of most on the day, Constitution Hill (145+) was one of only two horses to make light of the testing conditions at the Esher venue and finish in sprightly fashion, the other being Gary Moore’s Moulins Clermont (138+).

The difference in overall time between the Grade 1 and the opening juvenile contest is closer than the official race times suggest, my estimate would make the gap just 0.4secs with the closing handicap hurdle over the same course and distance 10secs adrift of the opening race.

The mares’ race won by Martello Sky (133) produced a time-figure in the middle of the range with Lucy Wadham’s six-year-old running to a similar level as when fourth to Brewin’upastorm at Aintree and when winning on her seasonal debut at Market Rasen.

A shortened race section supports the overall race time view with Constitution Hill’s advantage over the final circuit growing to 1.7secs over Moulins Clermont with Martello Sky 3.5secs further behind.

As with the overall race times, Hydroplane (125) was the slowest trailing the mares’ winner by an additional 1.1secs.

Nico de Boinville only allowed Constitution Hill to stride for home approaching the second last hurdle so the five-year-old could have completed the closing sectional from the third last hurdle faster than the 92.6secs he posted. To his credit again, Moulins Clermont was not far behind.

Although Jamie Moore was more aggressive in the back straight, Moulins Clermont kept going well to post the next best sectional, stopping the clock for the same distance of ground in 94.9secs which was quicker than both Hydroplane (95.9secs) and Martello Sky (97.5secs).

The route ahead for Constitution Hill is the Cheltenham Festival although the race he will contest is yet to be decided.

However, of more interest in the short term will be the path Gary Moore chooses for his juvenile and whether the son of Free Port Lux requires similar conditions to repeat this performance.

The chases on the card looked to be slow-motion finishes having been run at a strong pace. Gunsight Ridge (138) earned the best time-figure when adjusted for distance with a deserved breakthrough win over fences, paying a compliment to the highly progressive L’Homme Presse in the process.

There was plenty of pace from the outset as a change of tactics for Bun Doran saw Tom George’s gelding fight off both Numitor and Moonlighter (127) to lead before finding the winner too strong on the gruelling climb to the line.

The final circuit of the two-mile event was 6.7secs faster than Farinet although the gap between the two races was just 0.7secs from the last railway fence, illustrating the pace 11-year-old Bun Doran (137) set his young conqueror.

Olly Murphy’s winner will progress and win further chases either at this trip under similar conditions or over further in less demanding underfoot conditions.

The time-figure would also suggest Bun Doran can break a losing sequence which stretches back to December 2019 if these tactics are employed again on his next assignment.

Farinet (130) clocked a closing sectional out of character with the rest of the race without being hard pressed to do so as he once again showed a liking for soft ground and Sandown.

However, Charlie Deutsch reported after the race his mount had finished tired so I would be wary of him stepping up in grade as it is likely he will be asked to run faster earlier in the race Prime Venture (130) covered the final circuit 9.1secs slower than Gunsight Ridge despite posting a closing sectional of 95.0secs, indicating Valadom had not set as stronger pace as the visual impression.