Title: ANDY BATE: Why you should follow the Pertemps principals

Put them all in your tracker: Third Wind (far side) achieved a speed rating superior to Flooring Porter when he won the Pertemps Handicap Hurdle Final at Cheltenham \ carolinenorris.ie

A STRICT reading of the clock would lead you to conclude that the Pertemps Hurdle winner Third Wind could step up and be competitive in the Stayers’ Hurdle.

There was much talk pre-race about what might happen at the start of the Stayers’ Hurdle but, with Klassical Dream dropping in last in the hands of Paul Townend, Flooring Porter was soon off into an uncontested lead.

The seven-year-old was impeccable at his hurdles and, with Mullins visibly taking a pull before the descent to the second last, the result never really looked in doubt with the jockey even affording himself a look at the big screen on the approach to the final hurdle.

The closing sectionals for the respective three-mile contests were Flooring Porter 55.8secs and Third Wind 55.9secs. A Fergal O’Brien handicap plot in the shape of Alaphilipe (149) met with a narrow defeat in the Pertemps, which reads a very good race on the clock.

To satisfy my curiosity I compared the two races on a split-screen with the first hurdle as the starting point and using the leaders in the Pertemps as a guide to Third Wind’s relative position to Flooring Porter.

There was little to separate the two races at the line which illustrates the high-level to which the first two home in the handicap performed. If either of them go on to contest the Stayers’ Hurdle at Aintree on Grand National day, they would be value to upset likely runners Thyme Hill (145), Paisley Park (145) and Champ (144).

Mill Green (147) and Winter Fog (147) were clear of the remainder in third and fourth and are sure to win a handicap of this nature when repeating this performance.

This was just Mill Green’s third attempt at three miles over hurdles so, even at the age of 10, he is unexposed at the trip. Nicky Henderson’s gelding may be back here for the three-mile handicap at the final meeting of the season next month.

Winter Fog was scrappy at each of the three hurdles on the way to bypassing the third last and was also untidy at the last which ended any chance of him winning. An improvement in the hurdling department would see Emmet Mullins’s gelding conserve more energy for the business end of the race and also allow him to make his challenge from closer to the pace. 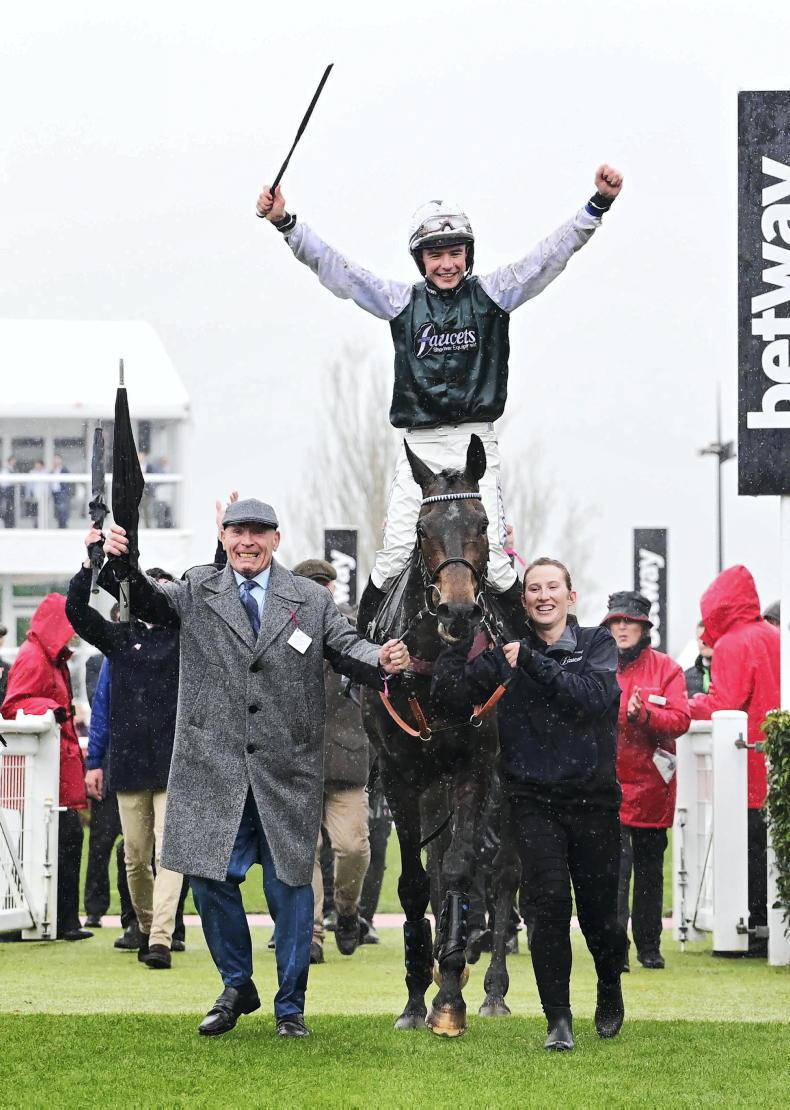 Andy Bate
ANDY BATE: L'homme Presse looks to have more in the tank
Despite the rain on day two of the Festival, there were a few horses to take out of the Brown Advisory Novices' Chase 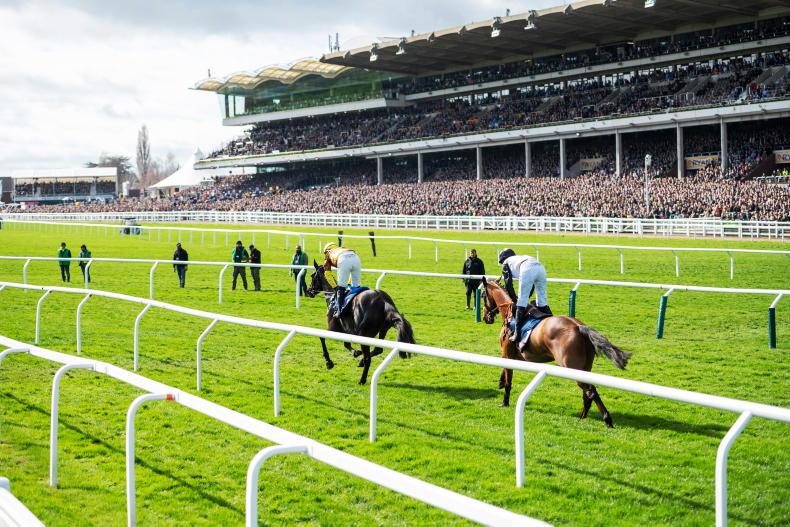 Andy Bate
ANDY BATE: Galopin Des Champs not far behind Allaho on the clock
A split-screen comparison of the three chases run over the same distance on day three of the Cheltenham Festival suggests that the final fence faller is indeed something special