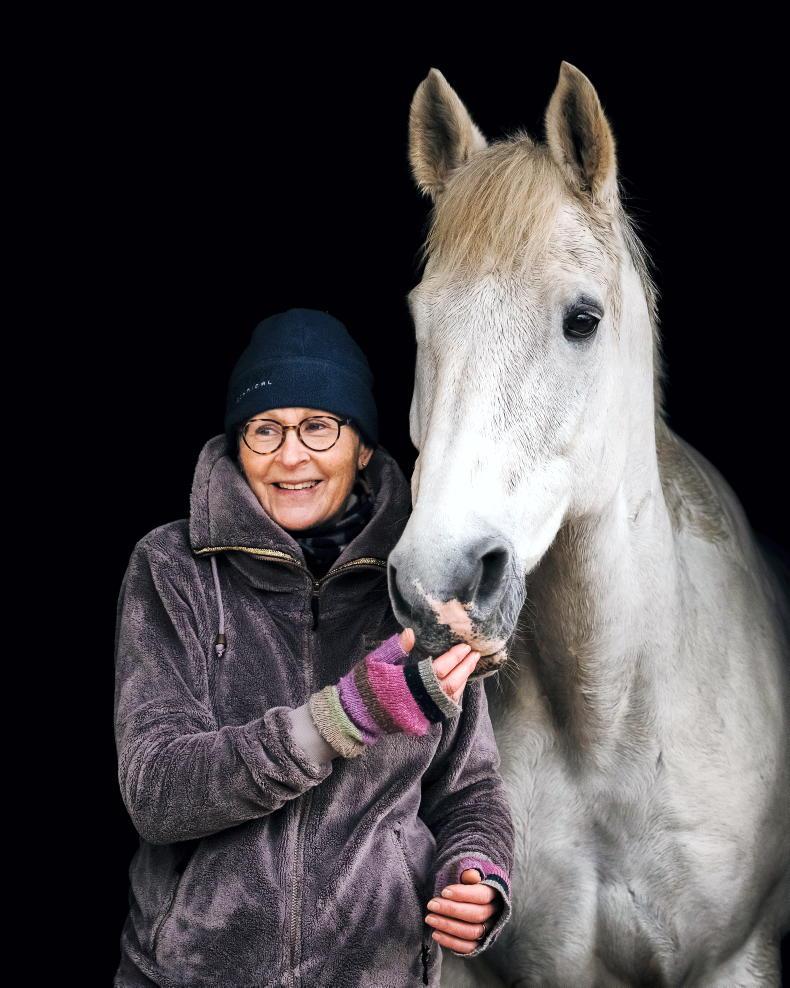 MARY van Lonkhuyzen was a force of nature, and she was obviously born and raised with the words of Abraham Lincoln ringing in her ears.

The 16th President of the United States of America once said: “And in the end, it’s not the years in your life that count. It’s the life in your years.” Taken from her beloved family and friends at just 71 years of age, Mary never wasted a second, filling her days and life with adventure, fun, education and the company of good friends and her adoring family.

Living all of her life in and about Celbridge, Mary Dempsey was born with a love for animals, especially horses and dogs, and she hunted, show jumped, competed in hunter trials and dressage.

She shared this love of the horse with many family members, especially her brother Matt, chairman of the Irish National Stud and of the Agricultural Trust, owners of The Irish Field.

Mary’s funeral cortege to St Patrick’s Church in Celbridge for her funeral mass was led by Darragh and Grainne O’Neill. Members of the Abbeylands Riding Club, with others, formed a guard of honour as she was borne into the church where she was christened, confirmed, married and, finally, had her life celebrated.

Attendees at her lying in rest and her funeral represented many aspects of her full life, from community, sporting and educational activites, to a large circle of family and friends. Her son Simon delivered a warm eulogy of a lady who was kind and hospitable, but she was also someone who spoke her mind.

She instructed her funeral celebrant, and long-time family friend, Fr Pearse Walsh, to make sure he “got on with it” when it came to his sermon, while Simon raised a laugh when he told of how sacrosanct her 6pm Sunday roast dinner was, and of her exacting timekeeping.

Reflecting Mary’s individual style, her death notice included the name of “her beloved horse Jack”. Mary fought her illness with great determination and acceptance, and she was cared for with great love and attention by the staff and medical team at St. Brigid’s Hospice, The Curragh.