Title: AROUND THE COUNTRY: Clonmel champion joy for Russell 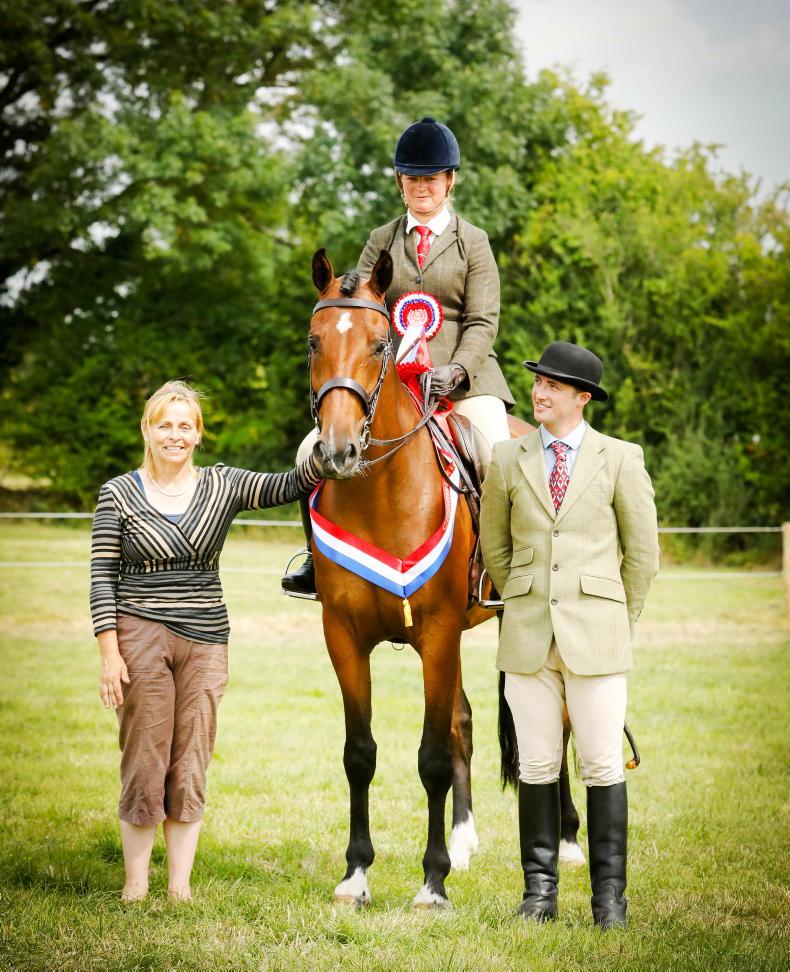 CLONMEL Riding Club Summer Show took place last Sunday in the beautiful surroundings of Ballylanigan house near Mullinahone, Co Tipperary, by kind permission of the Ponsonby family. The heat did not deter riders and the preparation of the venue was second to none.

First up in the showing section was the Riding club horse class with huge entries. Judge Harry Scanlon multi-tasked as ridden and conformation judge on the day and chose his final eight to ride. Kilotteran Riding Club member Nicki Russell came out on top riding the lovely bay horse Dude. Donna Vowles from the Rock of Cashel RC placed second with An Capall Beag.

The Pure and Part-Bred Connemara was won by Thomastown and District RC member Faith Morris riding the fabulous Connemara Bridgestond Boy with Emily Meagher and Monanore Sully from Friary RC in second.

The Championship was generously sponsored by Tallyho Sport Horses and co-owner Brigid Neill was on hand to present the prize on the day. The champion was Nicki Russell riding Dude of Russell Equine Performance, (also a sponsor of another class on the day) with reserve going to Faith Morris and Bridgestond Boy.

The Derby track was built by Peter Ponsonby, which included a mixture of show jumping, working hunter fences and cross-country fences.

The 1m Derby was won by Golden Grove member Colm O’Meara and Ballaghmore Breeze, while the 90cm section was taken by Courtney Walsh of Clonmel riding club who took over the reins from her mother Carly for the occasion with the five-year-old King Atlas (ISH) (TIH).

Marion Kennedy, all the way from Clonshire RC, took the win with Moat Miss in the 80cm section.

The dressage was well attended on the day and there was also a team challenge. The winning team was Waterford Riding Club Ballyadam Phillip (Fidelma Curran), Jay (Vincent Phelan), Chixita (Rachel Power) and Coco (Lavina Clarke).

The performance working hunter was judged on the day by Mary Carter and Sally Roberts from Barrow Valley won the 90cm section with Myshall Gerry. Fiona Furlong won the young horse section with KFS Tullabeg Ani from Horetown.

Sincere thanks to photographer John O’Carroll, organisers, all the volunteers, landowners, and sponsors including The Field Equestrian, Equipark, Gain Equine Nutrition, and The Equine Warehouse for their invaluable support which made the event such a success.