Title: AROUND THE COUNTRY: Jubilation for victorious Blessington 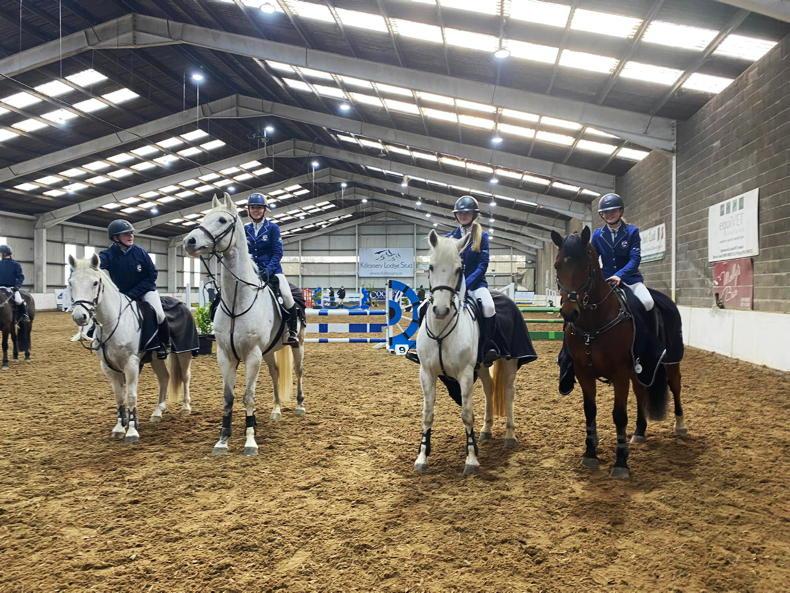 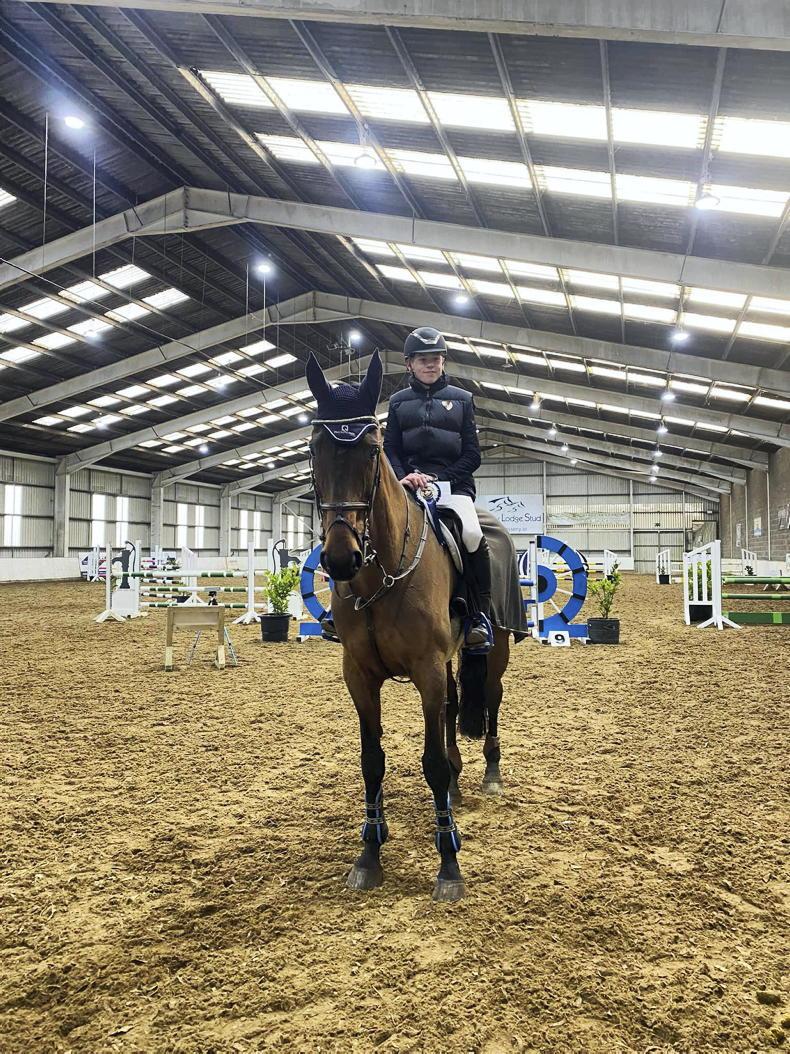 The winning TRI Open Individual at the TRI Interschools leg at Killossery Lodge was Cian Byrne on Hunters Lodge Puissance from Colaiste Bhride Carnew. He also won the HSI Premier 1.10m qualifier to post a double victory
Previous Next

THE novice individual 80cm class started the day off at the TRI Equestrian Interschools’ leg at Killossery Lodge Stud last weekend where first into the arena clear in the winning time of 24.05 seconds was Scoil Dara Kilcock’s Lily O’Sullivan and the lovely CDS Curheen Freddie.

In the novice team competition, there were nine teams entered. Holy Family Secondary took first with the only clear round. Second place went to St Gerard’s Bray with four faults and in third place Loreto Wexford, also on four faults. Taking fourth place was Pipershill College Naas on 12 faults.

The next class was the EII 90cm Novice Individual qualifier which was won in great style by David Keatley from Colaiste Lorcain who rode the only clear round.

In the TRI open individual class, Cian Byrne and Hunters Lodge Puissance set the standard, first into the arena but showing the rest how it should be done, crossing the line in a winning 23.89secs. His closest rival was Colaiste de Lacy pupil Abi Lawler who rode Blessington Willow Fly into second in 24.61. Not far behind was Sophie Byrne from Holy Child Killiney who crossed the line in 25.52 to take third while Conor Doyle posted 28.91 to take fourth.

The final class was a HSI 1.10m qualifer with nine competitors competing for the six qualifying places up for grabs. Making it a double was Cian Byrne who took first place with a lovely double clear in a fast time of 22.76.

Second place went to Alexander College student Lily Nadir with Country Strong crossing the line in 25.08. St Gerard’s School was represented in the line-up by Aibidh Condren with Castlebridge Pacquao who finished third and slotting into fourth was Lauren Keatley with Celoso from Colaiste Lorcain.