Title: AROUND THE COUNTRY: Quality shines through at Bannow

Susan Finnerty reports from Bannow and Rathangan, where this year’s All Ireland three-year-old champion was crowned 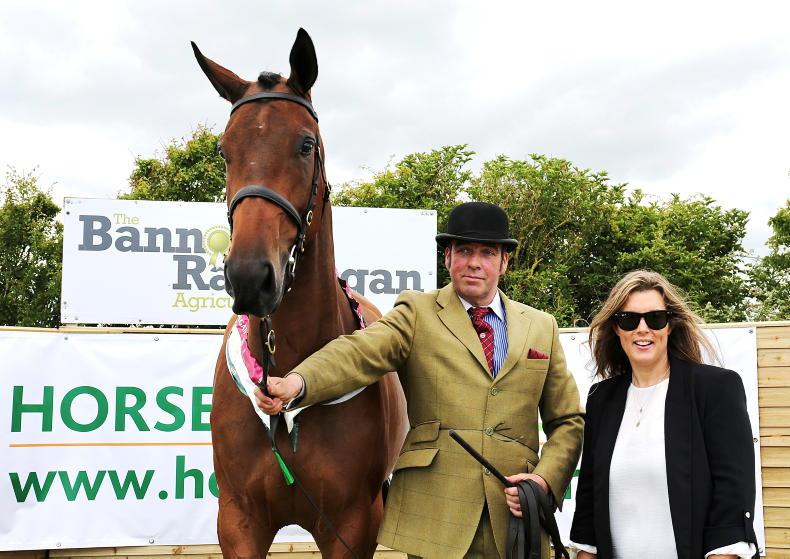 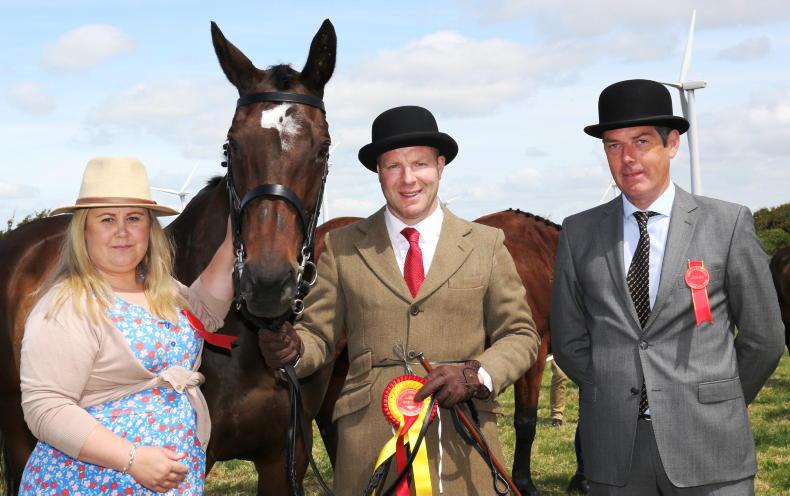 WHAT began as a cross-border initiative, with initial sponsors Galway Crystal and Belleek China coming on board some 24 years ago, has now shaped into the premier final for young horses at Bannow and Rathangan Show.

There is little doubt it takes a special three-year-old to catch the eye in the big ring at Bannow and to produce an All Ireland-worthy trot up that hill, past both the official and knowledgable ringside judges.

Standing top of the initial line-up was the eventual champion: Daphne Tierney’s home-bred Bloomfield Watergate, led by Michael Lyons. By Kylemore Stud’s Croker Cup-winning thoroughbred Watermill Swatch and out of the Ars Vivendi-Regal Sting dam Ballyconnery Bloomfield, the bay was having just his second showring outing. He qualified at Gorey Show where he was also the young horse champion on his debut.

It was Wicklow owner-breeder Tierney’s second All Ireland title win in this €6,000 final, part of joint-sponsor Horse Sport Ireland’s national showing series and also sponsored by the host show society.

Five years ago, it was another Watermill Swatch that won here for her as the 2017 champion was the M.J Kavanagh-bred Bloomfield Waterside, also produced by Jane Bradbury and shown on the day by Lyons. Winning with a home-bred was even more special for Tierney, whose broodmare herd now includes Waterside’s Irish Draught dam Banvalley Stargazer (See Breeders’ 10, page 85).

Dublin-bound, Bloomfield Watergate will not have a direct rematch with last Thursday’s reserve champion Brewery Lane, as the Bannow champion is entered in the lightweight class whereas John and Julia Crosbie’s dark bay gelding will line out in the middle/heavyweight section.

The Enniscorthy couple (next week’s Breeders’ 10 feature) had a memorable day too, taking the next top places with another pair of home-breds in Brewery Lane and Graceland. Both made it a clean sweep for Gorey, as they had also qualified there for the Bannow final.

Brewery Lane moved up from his initial fifth place after judges Rebecca Monahan and Denis Hickey brought the rangy Cavalier Land youngster back out of the preliminary line-up for another trot up that famous Bannow slope.

Hankalaine, his two-time Coote Cup champion at Dublin dam, needs little introduction and her pedigree goes back to Slyguff Joker, the Nordlys son Norson and Primal. Likewise, Cloughabrody Esther, Graceland’s dam, has an equally enviable pedigree as it features with the notable eventing sires pair of Ghareeb and Stan The Man.

The previous Sunday, Graceland won the All Ireland three-year-old filly final, relocated to Dungarvan, and was the highest-placed filly in the Bannow final, having moved up one place from her original fourth spot.

Both of the Crosbie’s three-year-olds are by Redinagh Stud’s Irish Sport Horse stallion Cavalier Land, a Cavalier Royale-Imperius son.

In fourth was Seamus Lehane’s Ballard Bridge Boy, bred locally in Wellingtonbridge by Pat Quigley. By the Holsteiner stallion Condios, the bright bay is out of the Ghareeb mare Ballard Country Girl, bred and later sold on by the Clonakilty exhibitor who then bought back his future Bannow horse.

Fifth place went to the highest-placed traditional-bred in James McWeeney’s Longstone Emir, by another former Croker Cup champion in Elusive Emir out of Annadale Lady, by Castana. The liver chesnut was bred by Martin McGlynn.

Some 15 finalists, again a sign of the times as the Bannow final would normally attract close to double that number, travelled to Killag, a stone’s throw from the fishing village of Kilmore Quay.

Each of the nine non-placed finalists received €100 from Horse Sport Ireland which helped the diesel bill and as they left the arena for the journey home, all 15 handlers were laden down with Galway Crystal gift boxes.

Lorcan Glynn received an extra one after his and father P.J’s Crannaghmore Going For One (Loughehoe Guy), reserve All Ireland champion at Dungarvan, was awarded the best-turned-out prize.

It was a quality rather than quantity final for Garryrichard Stud’s Denis Hickey and Rebecca Monahan, (whose 2015 champion Notalot remains the only filly to have won this unique final), to judge and both judges were impressed with the standard.

Bannow has produced a number of notable champions down through the years, including The Deputy, by Cult Hero, shown by the late Billy Connors to win for George Chapman in 2005. Another five-star event horse to emerge from the champions pack is the 2008 champion, Bridget MacAuley’s Killossery Jupiter Rising, another, like the late Paddy Downes 2006 winner Dromelihy Imp, by Master Imp.

The final ran to its usual clockwork standard with a sea breeze making for perfect weather in the sunny south-east. Held in what’s known as ‘the Galway Crystal ring’, there was an additional member to the steward’s team of Eamon Furlong, Walter Ronan, Pat White and Walter Kent in Walter’s namesake grandson, Walter.

As a curtain-raiser to the three-year-old final, Bannow’s fledgling thoroughbred broodmare showcase took place earlier. Judged by another super combination in the ITBA’s Cathy Grassick and John Lenihan, the class was won by Maurice O’Brien’s Una Sor Presa. 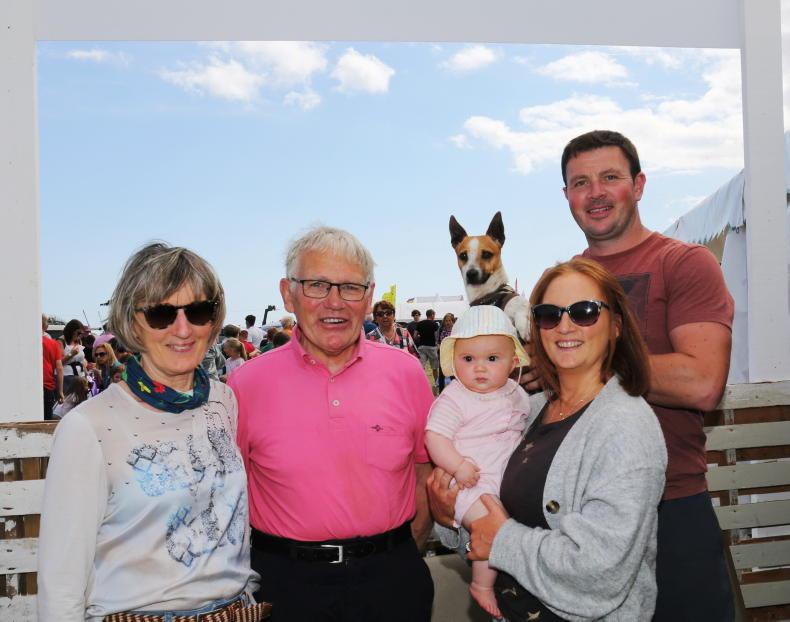 Susan Finnerty
AROUND THE COUNTRY: 'Get your entries in'
Even one of the country's leading shows, Bannow and Rathangan, had to take entries on the day 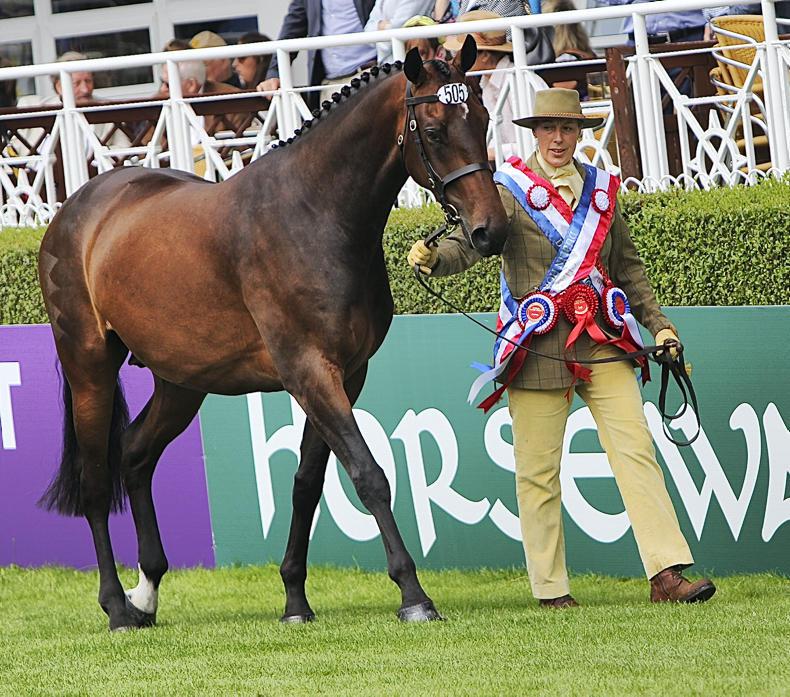 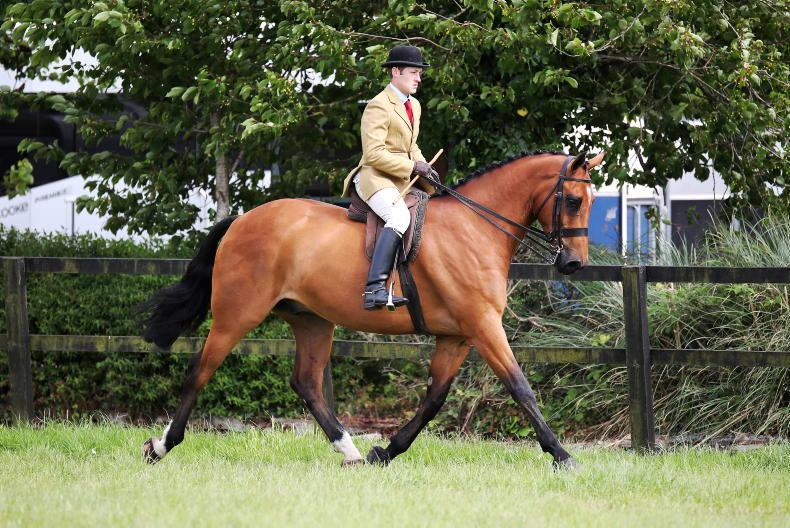 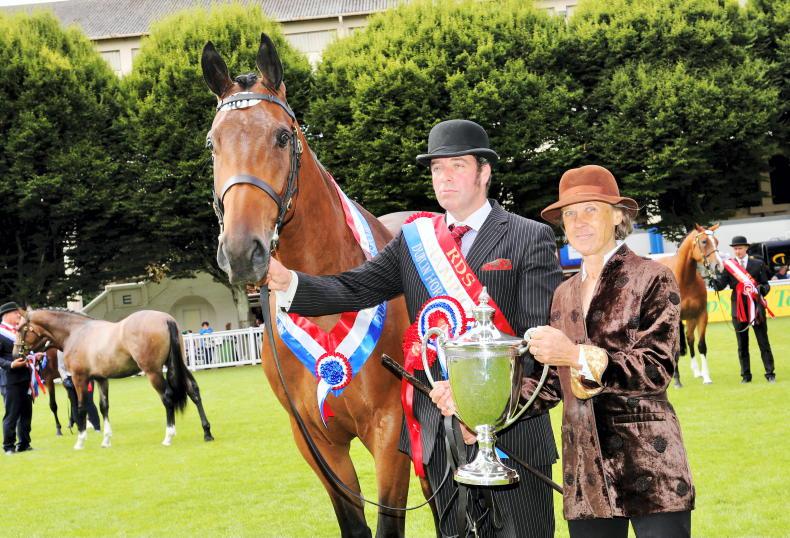