Title: AROUND THE COUNTRY: Wishing Well does well at Limerick 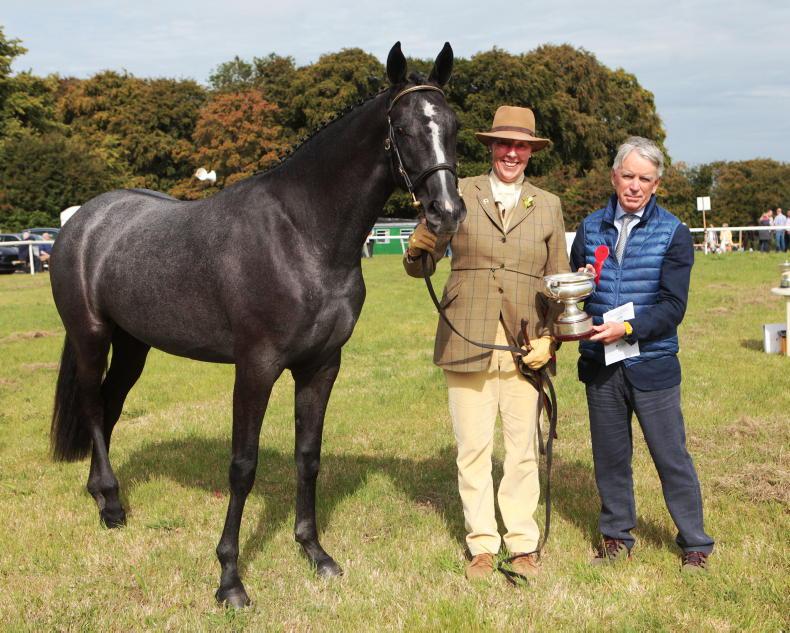 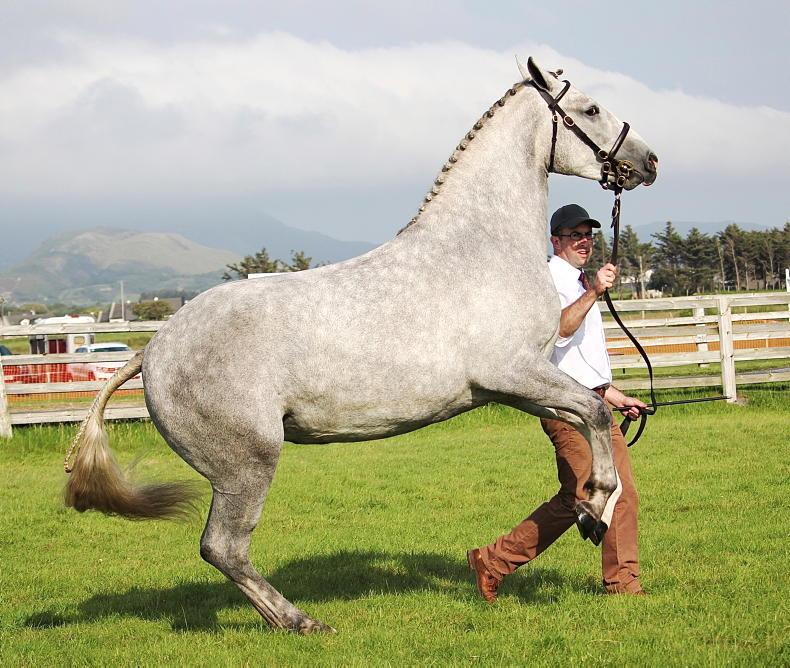 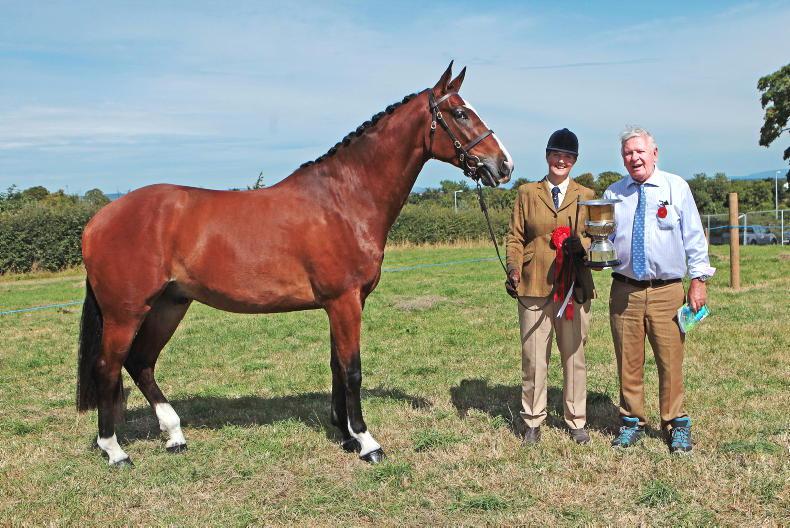 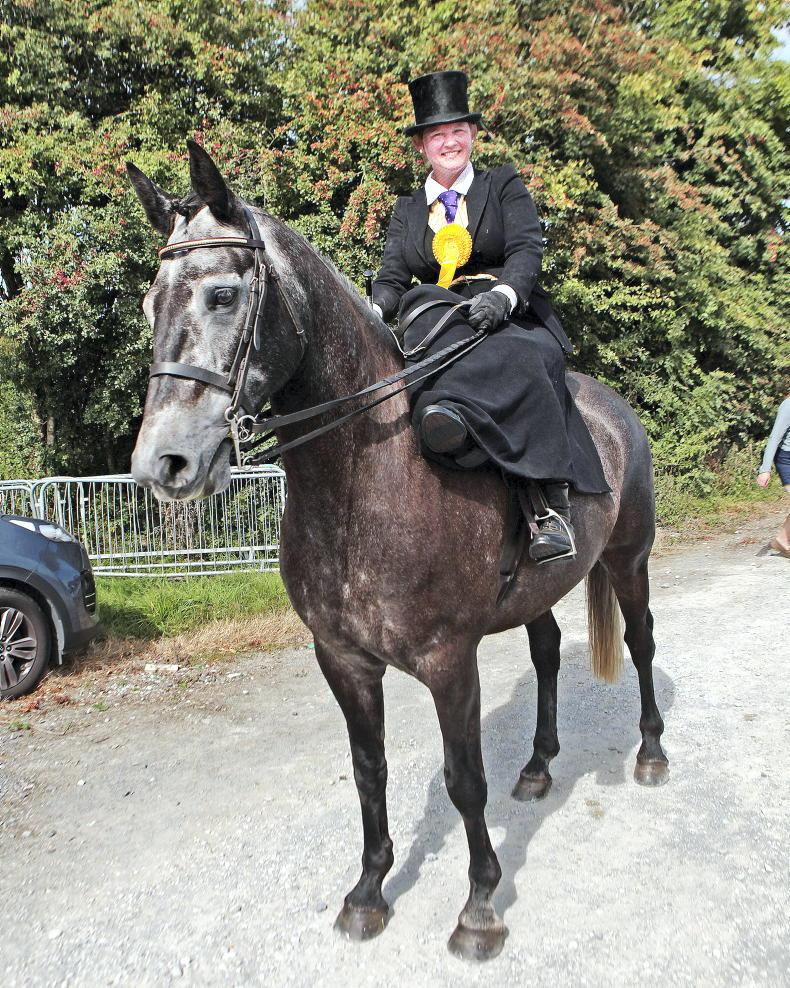 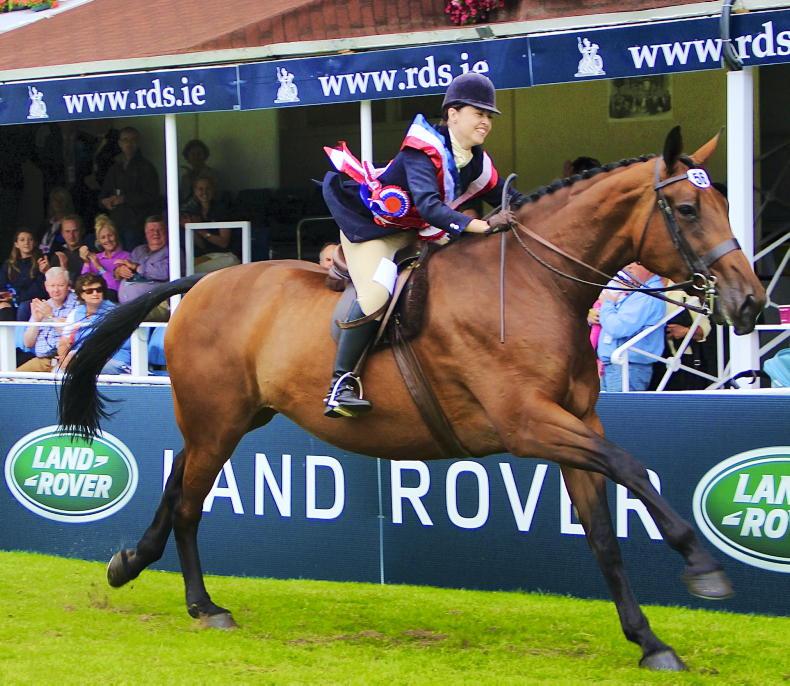 Mary Rothwell on board the home-bred Greenhall Wishing Well, the Dublin hunter mare champion and reserve supreme in 2016 \ Susan Finnerty
Previous Next

WITH autumn colours starting to creep in, the last stretch of this year’s agricultural shows is underway and Limerick, which unfortunately clashes with Moate, took place last Sunday.

The Rothwell family were divided between the two shows but Derry’s decision to travel to the Limerick racecourse host venue, with Greenhall Wishing Well paid off as the Crosstown Dancer mare won the Limerick Matron title. She later added “the other Croker Cup”, awarded to the overall broodmare champion at Limerick Show, to her collection.

It was third time lucky in the Matron final as the 11-year-old, a grand-daughter of the showring legend Greenhall Cailín Deas, had been the reserve champion on her previous two outings.

In the Limerick Lady championship, for traditionally-bred two-year-old fillies, it was the first of two Mayo wins and another ‘in-house stallion’ as the winning sire last Sunday as Ian Murphy’s Barnaview Dancing Queen took this title. By their own thoroughbred Singing ’N’Dancing, bred by Jim Bolger, she was the All Ireland yearling filly champion last year. Let's go to Limerick: Seamus Sloyan’s Silver View, pictured here when she won the supreme horse championship at Louisburgh in July, is this year’s All Ireland Irish Draught two-year-old filly

The next two top places were filled by purebred Draught fillies: P.J. Glynn’s Meenie’s Princess and Seamus Sloyan’s Silver View. Both lined out in the All Ireland Irish Draught two-year-old filly final, where Sloyan posted the second Mayo win.

Reserve in the Limerick Matron was Mary T. Murphy’s Clonakilty Hero mare Ava’s Delight and third was the second home-bred in the top-three: John Roche’s Assagart Fairytale, by Coroner.

Another showring legend in Irish Draught circles, the recently retired Elm View, still made her presence felt in this year’s All Ireland Irish Draught two-year-old final. Supreme champion at Louisburgh for another owner-breeder in Seamus Sloyan, Silver View, the Fast Silver daughter of Elm View looks to be a worthy successor to her three-time Dublin champion dam. Rebecca Monahan’s knack for finding filly winners continued when she took the Limerick filly title with her Notalie, by Loughehoe Guy, ahead of Maura Crowley’s Jorada filly, a finalist in the potential event horse class at Dublin recently.

The overall Limerick young horse championship went to John Mulconroy’s Lord Mitchell, a Castleforbes Lord Lancer three-year-old that was third in his lightweight class at Dublin. His latest result added to a winning streak for the Tulla owner and his wife Caoimhe McParland, who recently welcomed their second son Donnacha. Both he and big brother Sean were ringside when Caoimhe showed the couple’s Dublin reserve champion two-year-old, the since-sold OTG Killaloe.

(See more on Limerick show from Dickie and Catherine Power on 92).