Title: ARQANA GRAND STEEPLE SALE: Just A Princess is the queen of Arqana 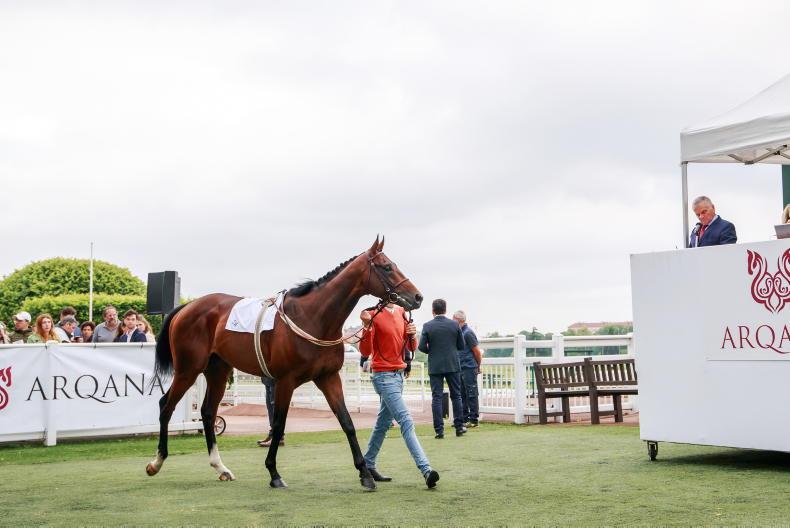 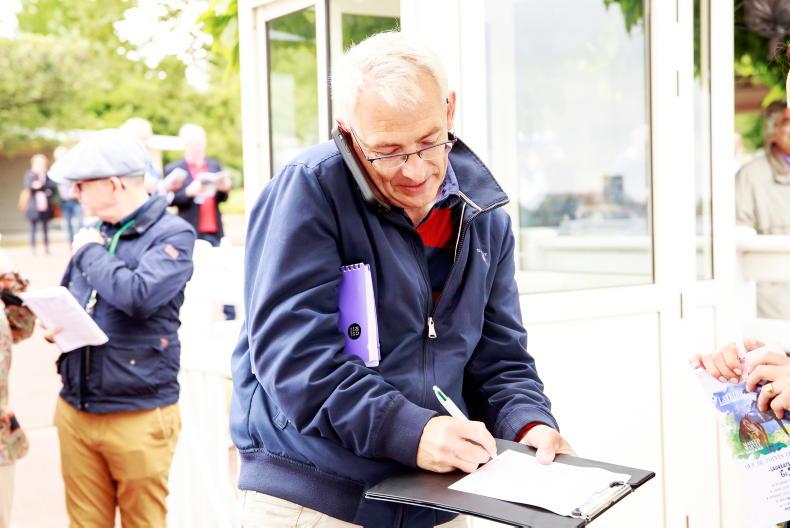 ON the eve of one of the most important weekends in French jump racing at Auteuil, the Arqana Grand Steeple Sale was held at Saint-Cloud racecourse. A total of 35 horses went through the ring, with an impressive 29 selling for an average price of €79,759, generating a turnover of €2,313,000.

The first 21 lots through the ring were from the estate of the late Magalen Bryant, a leading owner and breeder in France. They realised a total of €1,043,000.

Following the sale, her daughter KC Graham said: “This is a very special day for us, full of emotion. What can I say? We are very happy with the results of this sale. The horses sold well, they were eagerly awaited, and it’s a great tribute to our mother and to David Powell. We loved David’s genius, to whom we owe today’s results.”

Part of the Bryant estate, the three-year-old Just A Princess was knocked down for €260,000, the best price of the day. The daughter of Ivanhowe is out of a winning daughter of Nickname and was one of eight purchases by Highflyer Bloodstock’s Anthony Bromley. He was the leading buyer at the sale after spending €815,000.

“She’s a queen of a filly and I’ve had my eye on her all winter,” said the agent after signing for Just A Princess. “She’s the apple of David’s eye. I’ve bought her for a partnership headed by an English owner, Andy Peak, who has General En Chef running in the Grand Steeple on Sunday [finished sixth]. She will stay with her trainer David Cottin.”

Bromley then struck for Zarak The Brave, offered from trainer Stéphane Wattel and also from the Bryant estate.

A winner in March and placed a number of times, the son of Zarak is from the family of multiple Group winner Tempus Fugit and was knocked down for €200,000. Bromley said “I’ve bought him for loyal clients of mine and he will go to Willie Mullins.

“The late David Powell showed me the horse as a two-year-old in Deauville and I’ve kept my eye on him ever since. He’s run really well in conditions races and he looks like a horse that, once he’s been gelded, will make a nice juvenile hurdler. His rating on the flat means he could have a second job and Willie is very good with that type of horse.”

The agent also signed the docket at €110,000 for the Nick Littmoden-trained and consigned Jaitroplaclasse who was placed at Moulins on his debut. The three-year-old gelded son of Secret Singer is from the family of Grade 3 Grand Course de Haies de Printemps winner Rameur. He will now join Nicky Henderson.

The final lot to pass through the ring, Jourdefete, was third on his racecourse debut. The Emmanuel Clayeux-trained gelding is a half-brother to Il Etait Temps, Grade 1-placed behind Vauban for Willie Mullins this year. Harold Kirk, standing beside Mullins and Pierre Boulard, signed the docket at €180,000 for the gelding who hails from the family of Espoir Allen.

“We’ve already bought horses from Emmanuel Clayeux,” said Kirk. “We’ve had a lot of success! He has a great pedigree and was really recommended to us by his trainer, so we’re very happy.”

Among the first lots through the ring was the David Cottin-trained Just A Star and this three-year-old was sold for €170,000. Runner-up in the Listed Prix Wild Monarch at Auteuil on her debut, the daughter of Balko is out of the listed hurdle winner Victoria’s Star. Thierry Delègue of Pegase Bloodstock had the final say for the own-sister to graded-placed Iamastar.

“I’ve bought her for Misol Racing,” said the agent. “Arnaud van Robais, who bought Fabulous Dragoness at Deauville last year, was looking for a three-year-old filly. I saw her before she made her debut and I really liked her. She’s from a great family, and she has a lot going for her.”

A winner on his debut, the Nicolas Paysan-trained four-year-old Inedit Star was impressive on his comeback when winning by five lengths before finishing runner-up in the Prix Bango at Saint-Cloud. Noel George went to €160,000 for the half-brother by Lord Du Sud to the very smart Harmonie Star.

“I’ve bought him for the Crossed Fingers Partnership,” said George. “He impressed when winning at Angers, and really has everything you could want from a National Hunt horse. He’ll go to England where he’ll have a break and we’ll decide later if he’ll be trained in France or England.”

A couple of lots later, Invincible Nao was knocked down for €155,000. Nicolas Bertran de Balanda had the final say for the son of Gris De Gris who was a winner over hurdles at Auteuil last month. “He’s a lovely horse that is a good size and a great jumper,” said the agent. “He’s still quite immature, physically, and he should come on a lot. He’ll go to Gary Moore.”

Placed in the Grade 2 Prix Congress over fences last year. Iamastar was sold for €110,000 to Guy Petit. Recently runner-up in the Listed Prix Philippe Ménager at Auteuil, the four-year-old son of Balko heads to England.

“I’ve bought him for David Maxwell,” said the agent. “He’s a horse that we are not taking risks with and he is still a novice over fences. He’ll go to Philip Hobbs.” 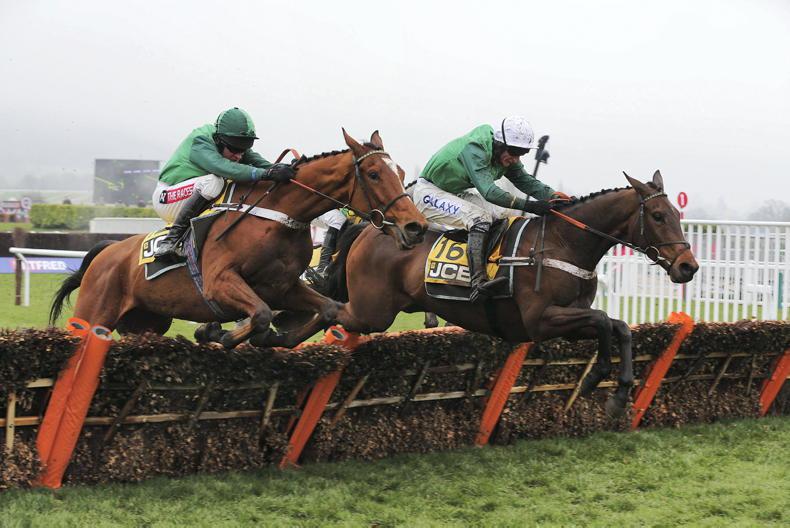 John O'Riordan
CHELTENHAM: Twice as nice for the double green
John O’Riordan talks to Anthony Bromley, racing manager to Simon Munir and Isaac Souede, about the origins of team double green, their success and their big chances for Cheltenham and Aintree 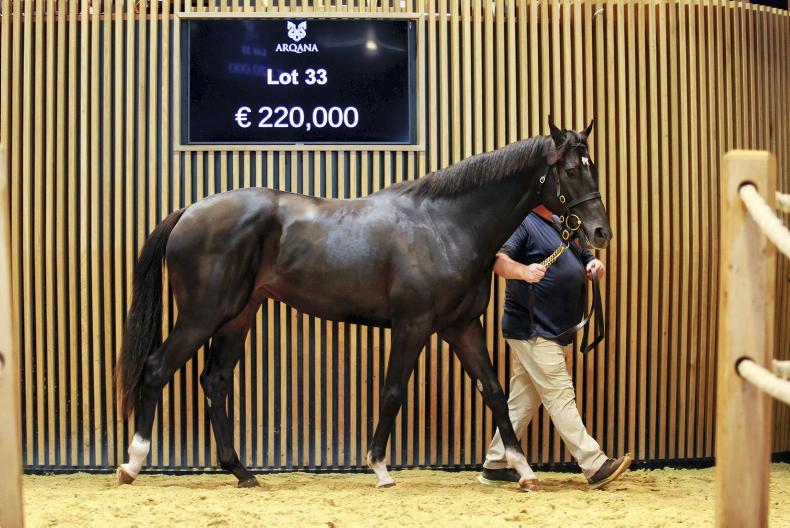 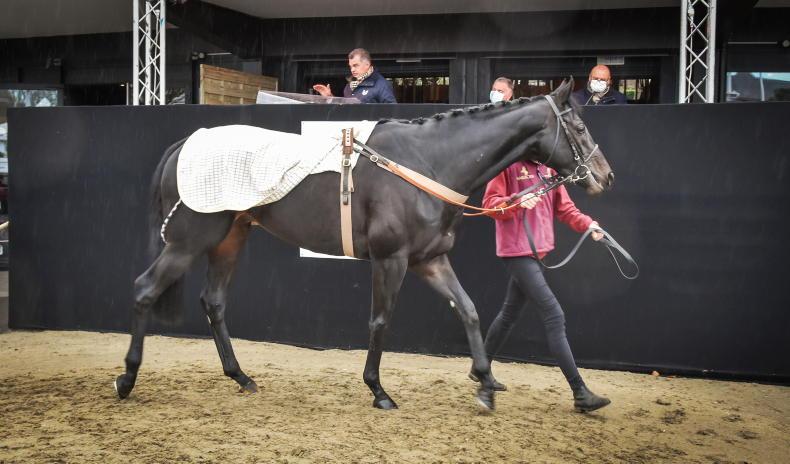