Title: ASCOT DIARY: Ascot hots up as Guy steps down 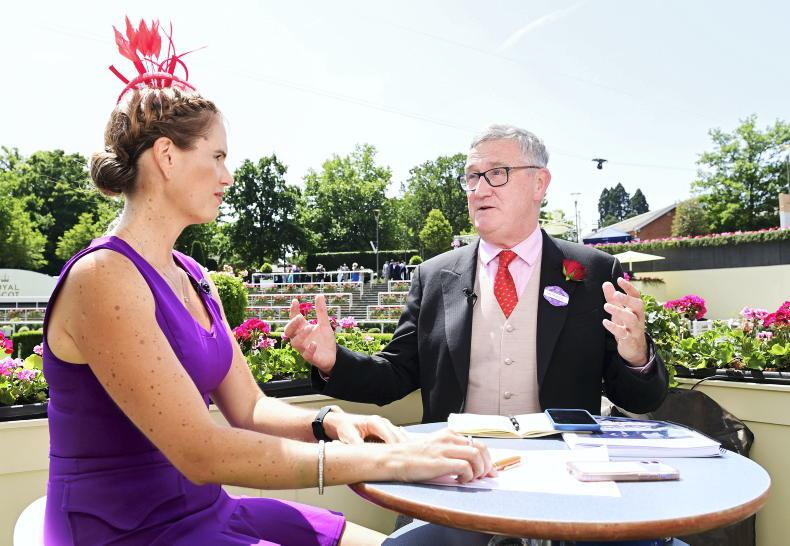 I AM unsure if it has happened more than twice, but for the second time in my period racing at Royal Ascot, the strict dress-code for those in attendance in the royal enclosure was relaxed. On the previous occasion it was a reaction to the heatwave, while this time it was announced in advance, given the forecast of extreme temperatures.

Thankfully, for my 45-minute stint with Laura King on Dubai Racing TV on Friday, it was a case of everything but the hat, as we looked back on Thursday’s racing, and ahead to yesterday’s action. It was wonderful to join Laura and get an opportunity to share some anecdotes about Irish racing, breeding and more.

A few weeks ago I was honoured to be asked by Guy Henderson CVO, the chief executive at Ascot racecourse, to attend his final overseas dinner in that role, at The K Club. The affable Guy, always a delight to meet, steps down officially on June 30th, having presided over his eighth royal meeting.

In April, Vivien Currie MBE joined Ascot as CEO designate, and she will take over formally at the end of the month. She has had a varied and highly successful business career as a chartered accountant, chief executive of Hamilton Park racecourse, and as chief executive of Livingston Football Club in Scotland. I wish her well.