Some Man pulled off his sixth success of the season; Barry O'Neill rode his 700th points winner 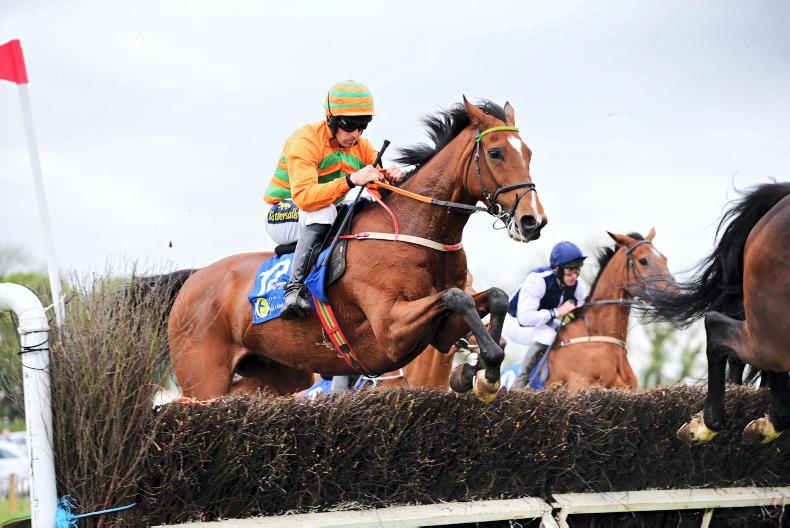 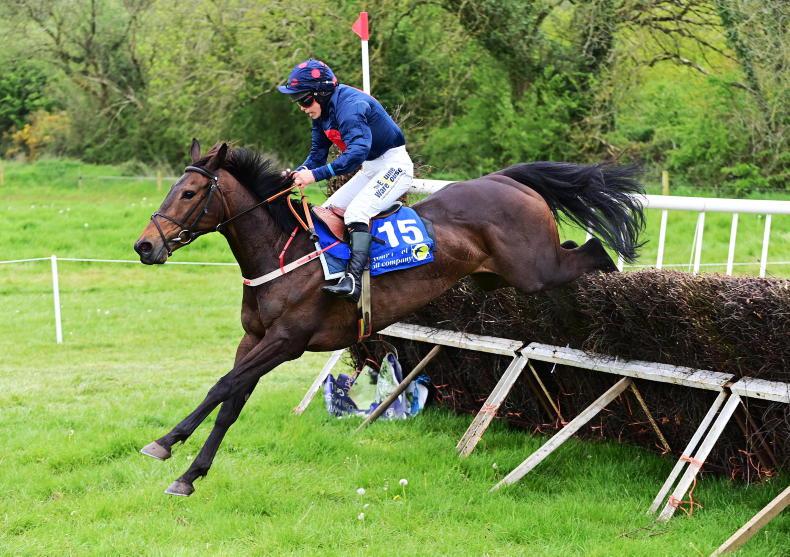 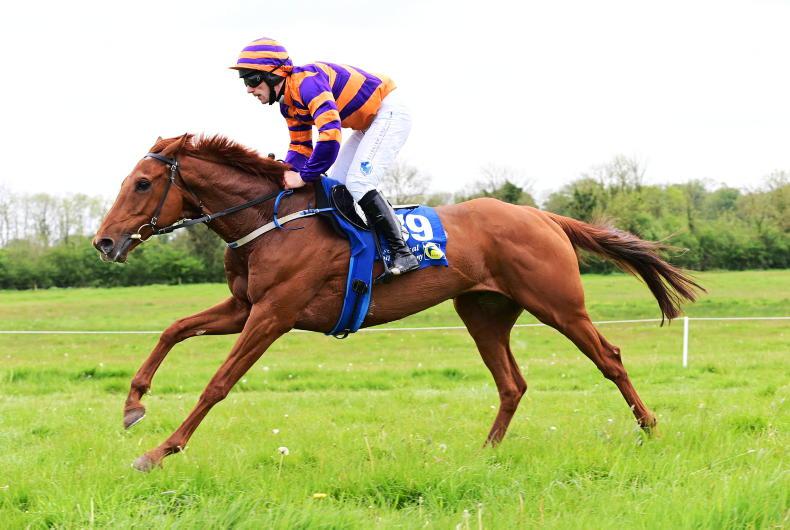 IT could be said there were two personifications of Some Man at Sunday’s fixture. The equine version cemented his status as this season’s current leading horse by posting his sixth success of the season in the open and Barry O’Neill was the human one as he partnered a three-timer and brought up his 700th points winner aboard David Christie’s nine-year-old in the six-runner contest.

Some Man never gave those who sent him off as the 4/5 favourite any major cause for alarm as he was always in cruise control as Rose Of Coolbally tried to make every post a winning one under regular partner Moira McElligott.

There was only ever going to be one outcome once the odds-on shot eased to the front on the inner at the penultimate of the 12 obstacles. He returned with a comprehensive two lengths to spare over Rose Of Coolbally.

“I have not trained that many horses with his turn of foot, he has an electric turn of foot and the plan is to hopefully make him champion pointer,” said handler Christie of the Ray Nicholas-owned Some Man, who has now amassed 10 wins in points in addition to his two hunter chase victories.

The Ballindaggin native recorded his middle success of the afternoon aboard the Willie Murphy-trained Miss Mae West (5/2 - 11/4 favourite) who put some previously uninspiring form figures aside by winning the second division of the five-year-old and upwards mares’ maiden.

Miss Mae West, having pulled up on all previous four points, returned from a six-month break by recording an authoritative pillar-to-post success.

The victorious six-year-old overcame a tendency to jumped slightly left-handed on occasion by asserting before the last to contain Blooming Fortune by two and a half lengths in the colours of Kellistown-based owner Martin Byrne.

O’Neill instigated his hat-trick aboard Colin Bowe’s Lunar Contact (3/1 – 5/2 favourite) in the second division of the four-year-old maiden, much to the dismay of the 12 bookmakers present.

Lunar Contact brought one of the best overall pieces of form to the table in this contest considering that he finished third to Fortunate Soldier on his debut on a testing underfoot surface at Oldcastle last month.

The winning son of Sea Moon picked up the running after two out. He seemed set for a comfortable success on the run to the final fence, but Isle Of Gold had other ideas as he eroded the deficit to get to within a neck at the line in what was the closest finish of the afternoon.

“He had a lovely first run on heavy ground (at Oldcastle) and the nicer ground today brought out the best in him,” reported O’Neill of Lunar Contact.

The absent Colin Bowe was responsible for two winners as he also struck with Ballabawn (3/1 - 5/1), similarly representing Lunar Contact’s owners Milestone Bloodstock Ltd, in the first division of this same race.

The Soldier Of Fortune-sired Ballabawn, having made a pleasing career debut by coming third to the progressive Broughshane at Kirkistown in February, was bounced out in front by James Kenny and he got into a lovely rhythm at the head of affairs. The winning bay was in command before the last and defeated Imperial Assassin by two and a half lengths.

The Denis Prendergast-trained Gonedairy (5/2 - 3/1) returned to a rapturous reception on winning the first division of the five-year-old and upwards mares’ maiden under Liz Lalor.

Gonedairy, having finished second to Bonne Derreen at Bartlemy the previous Sunday, was always well positioned in the main group as one-time clear leader Castle Jet forced the pace.

The winner took over at the second last and she was well in command on the flat, two and a half lengths separating her from Lady Violet.

THERE was yet another family success in the confined maiden as Kilavorilla-based owner/trainer Tommy Hurley, a long-standing points supporter, sent out Community Spirit (7/4 - 2/1) to oblige under his son Johnny Hurley.

The six-year-old Community Spirit vindicated the promise of his two third-placed efforts in recent times by picking up the running after the second last. He was containing Kos when Garrett Ahern’s charge exited at the last with Samos Island then returning four lengths adrift in second spot.

Handler Declan Queally maintained his extremely rich vein of form by sending out Lord Snootie (below, 2/1 - 7/4 favourite) to register a popular debut success under Chris O’Donovan in the five and six-year-old geldings’ maiden, the race that attracted the biggest field of the afternoon in 15 runners.

The Malinas-sired Lord Snootie, carrying the Lord Schnitzel silks of Klaus Koentopp, made his way to the front after the fourth fence and the close relation to Tullymurry Toff stormed clear between the final two obstacles to account for Powers Dilemma by eight lengths. Lord Snootie will probably now be sold.

David Murphy has experienced a fine season operating from his Thurles base and the Fermoy native was on the mark with the maiden Rocconrockall (9/4 – 6/4 favourite), owned by his father Jeff Murphy, in the winners of two.

Powers Dilemma (J. Condon): This son of Kalanisi vindicated the promise of his fourth-placed debut effort behind Global Focus at Bandon in February by finishing a clear second best in the five and six-year-old geldings’ maiden. He should easily atone in due course.