Title: BALLINROBE FRIDAY: Brouder back with a bang

John Ryan, Kevin Brouder and Norman Lee had doubles on the card in Ballinrobe's final meeting of the year 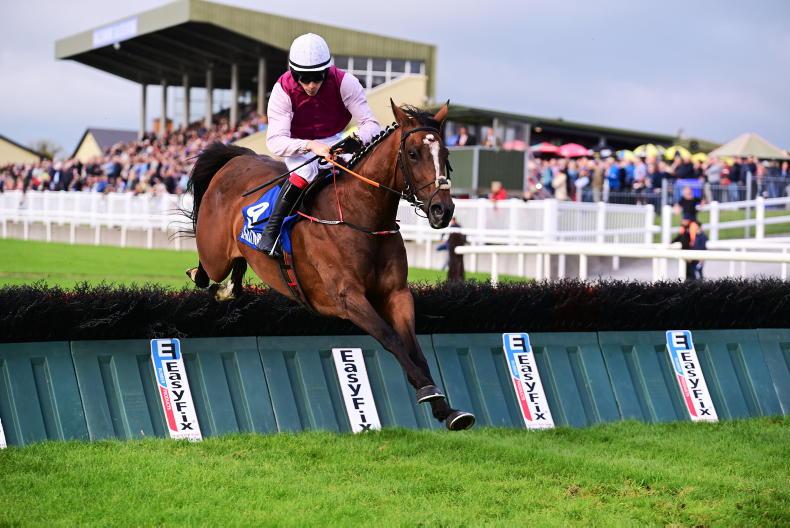 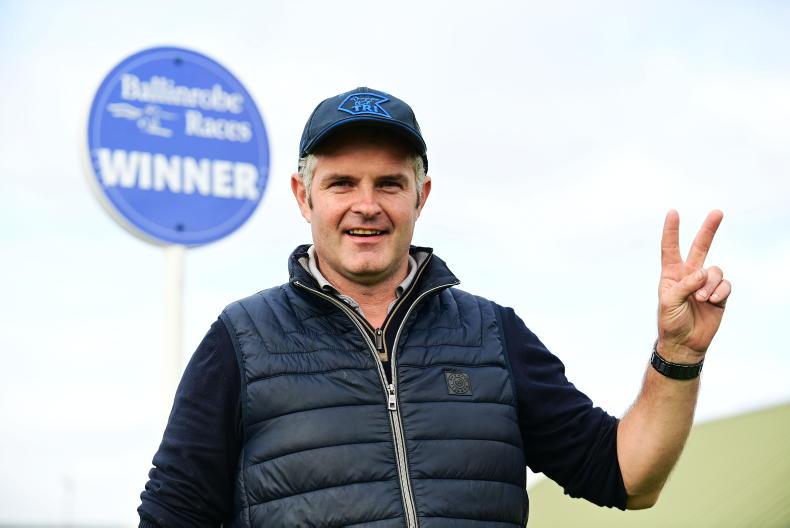 Norman Lee has a double on the card \ Healy Racing 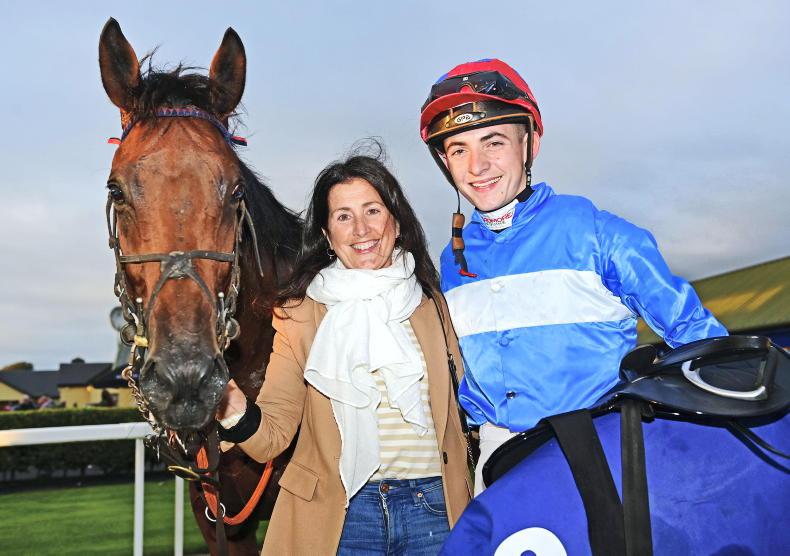 WHAT must have seemed an interminable 14 months for jockey Kevin Brouder came to an end in spectacular style as the rider teamed up with John Ryan to secure a welcome double.

A bad fall at Tipperary in July 2021 left Brouder with a broken hip and femur which required a series of operations. Indeed, such was the severity of his injuries that the rider only returned to competitive action a week previously.

However, the talent that carried him to a 40-winner campaign in the 2019/20 season shone through as his double was achieved in contrasting fashions.

On her first run since December, the well-supported 7/1 chance stormed into a substantial early lead which she never looked likely to relinquish. She came home nine and a half lengths clear of Influential Lady.

“She injured her fetlock joint at Limerick last Christmas and I must thank Fethard Equine Hospital and Ger Kelly and Tom O’Brien as they put two screws in her fetlock.

“She hadn’t run in 200 days but I had her really right today and I was confident,” remarked Ryan who was eyeing a trip to Listowel for his charge.

Chief Seattle, who won over hurdles here in July, brought up the double in the 0-95 rated John Rochford Memorial Handicap Chase over just short of three miles.

The 4/1 shot was a hard-driven ninth and apparently struggling on the run to the last two fences but as the pace told on those up front the field began to compress markedly and Chief Seattle finished with a great rattle to sweep by Garrai Phaidin in the closing stages for a half-length success.

The winner is thriving on a busy schedule as his win here two months ago had been followed by six consecutive top-five finishes.

“My daughter Gillian does an awful lot of work in the yard and I must pay tribute to her,” said Ryan.

“She has all the horses extremely healthy. Even when the horses were off form for a while, she didn’t panic and she got them right again. In fairness, a lot of my success is due to her.”

Also on the card, Andrew McNamara’s Red Striker (7/1), who struck over hurdles at Sligo last month, came good on his second chase start in the Adare Manor Opportunity Handicap Chase over an extended two miles.

Paddy O’Hanlon was on board the Thomas McNulty-owned gelding in a race where three horses dominated to the exclusion of everything else. Red Striker led from the second last and came home 11 lengths clear of Itsalonglongroad.

Lee is on a high with a double

IT was another evening to remember at Ballinrobe for Gort-based trainer Norman Lee as he registered a double which pushed him on a personal best tally of seven winners for the season.

Last week was a particularly fruitful one for stable stalwart Oskar High who followed up a win at Galway on Monday in the 80-116 rated Burleigh Accountancy Handicap Hurdle over just short of two and three-quarter miles.

Shane O’Callaghan was once again on board the 10-year-old who had to work to master the front-running Kilashee, but the 11/8 favourite got on top at the last en route to a length-and-a-quarter success.

The Addergoole More Partnership-owned gelding, who was running for just the third time this year, also helped Lee to his first double as a trainer which came at this track in May 2019.

Jockey Robbie Geoghegan missed the winning ride on Oskar High earlier inthe week but compensation arrived in the form of the Lee-trained and owned She Is Electric in the Irish Stallion Farms EBF Mares Opportunity Maiden Hurdle.

The 5/4 favourite steadily built up a good lead and when the chasing Beyond Ambitious began to flag some way from home it was clear the market leader was not for catching.

The chasing pack closed in somewhat in the closing stages but She Is Electric held on to reach the line three lengths ahead of Inclusion.

The final meeting of the year at the course wouldn’t have been complete without a Willie Mullins winner and the champion trainer maintained his good Ballinrobe strike rate with Aghaboy in the Breaffy House Resort 3-Y-O Maiden Hurdle.

The Peter FitzGerald-owned son and Kieran Callaghan-ridden son of Protectionist was beaten just a neck on his hurdling debut at Killarney three weeks ago and was returned at 4/9 to build on that.

From an early stage, the pace-setting market leader had to contend with the attentions of Mi Sueno.

He shook off that one between the last two flights but then had to find plenty in the straight to hold the strong charge of Bridgehead to score by a head.

THE last race of the year at Ballinrobe went to a very promising sort in Mazyad (14/1) who belied his inexperience to down the odds-on Galway winner This Songisforyou in the OCL Laundry INH Flat Race.

A €35,000 purchase from the Aga Khan at this year’s Goffs February Sale this Liam Gleeson-owned son of Fastnet Rock is a half-brother to several smart sorts including the listed-winning Massinga and the Group 2-placed Masaff.

This Songisforyou was travelling nicely approaching the straight but John Gleeson, the owner’s grandson, produced the Martin Fitzgerald-trained four-year-old with a sustained challenge and as the line loomed, Mazyad gained the upper hand to see off the market leader by half a length and he looks a horse with a fine future.

The versatile Padraig Roche inmate Walking On Glass, who had previously won three times on the flat and twice over hurdles, secured his first win over fences in the P & D Lydon Beginners Chase over just short of three miles.

Inside the final half mile it looked as though Oscar Academy and then the rallying pace-setter Blackstair Rocco were poised to strike, but neither was any match for the patiently ridden Walking On Glass (13/2) who pounced at the last and surge clear to carry the day by seven lengths for the Fivers & Tenners Syndicate.