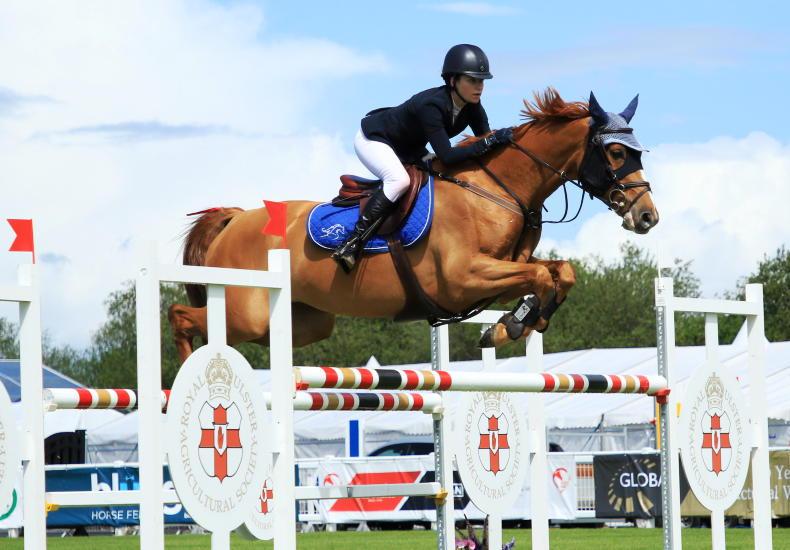 The eight-year-old mare is by Valent out of the Cruising mare Crusing May Clover. The combination have demonstrated good form this season, taking second place in the 1.35m Portmore Spring Championships at the start of May.

Prior to this, they claimed victory in the 1.35m Ulster Grand Prix in the Meadows.

Not content with the win, she also took sixth place in the line-up when she finished fastest of the four-faulters aboard Lotus Van’t Nachtegalehof in a time of 44.71.

Some 24 combinations lined out for the class and of those, nine booked their place against the clock. Young rider Marta Hughes Bravo was only a fraction of a second behind with HHS Figero, crossing the line clear in 42.31 for second place.

A clear from Niamh McEvoy and Richard McEvoy’s Lisboy Louie in 43.96 saw her claim third place, ahead of Ellie Humphries with Toni Quail’s Ringfort Rua who was also clear, albeit in a slower time of 46.25 for fourth place.

Last of the double clears and accounting for fifth place was Shannon Robinson and Chardonnay in 46.58.