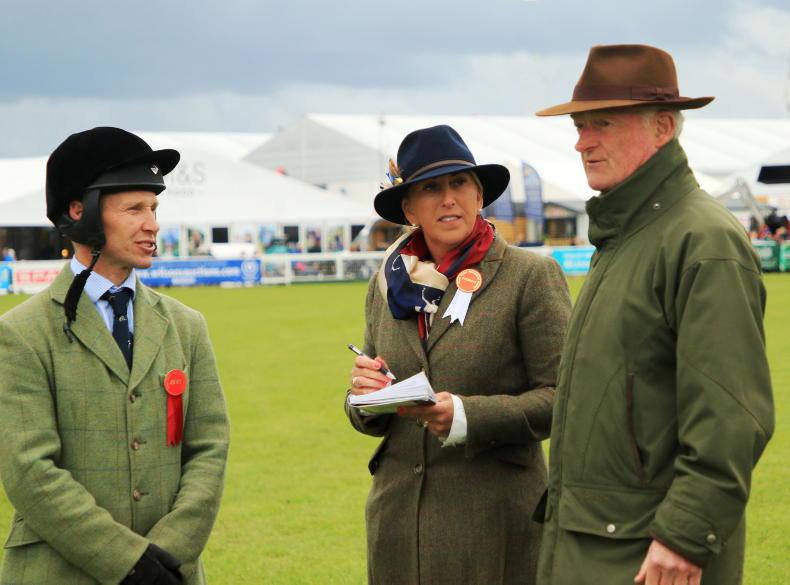 McConnell, who is currently doing her GCSE exams, has been bringing Easy Pleased along very slowly since they got him towards the end of November last year. “I’ve been doing a lot of flat work with him,” said the Ballyclare rider. “We hope to qualify for Dublin and then start eventing him towards the end of the season.

“We’ve taken him cross-country schooling and he has been brilliant but he’s not so sure about coloured poles. He has a fabulous temperament and, unless they do something very suddenly, he is not the least bit worried by the cattle and sheep on the farm here.”

As stated above, Jamie Buckley finished reserve on the 12-year-old Robin Des Champs gelding Woodland Opera, who was racehorse to riding horse champion at the recent Northern Ireland Festival in Cavan, while another 2010 gelding, the Olden Times bay Shawstown, who has plenty of success in this sphere to this credit, was third under his owner, Brian Murphy. Louise Duffy finished fourth on the 17-year-old French-bred gelding Arvika Ligeonniere with whom she has competed at CCI2*-L level.

Interviewed by Paul Nolan, Willie Mullins commented that it was a pleasure and an honour to have been asked to judge at Balmoral while Richard Johnson, who was acting as ride judge for the first time, was delighted to have ridden some lovely horses in an amazing arena.

(You can read more about this class on page 15.)