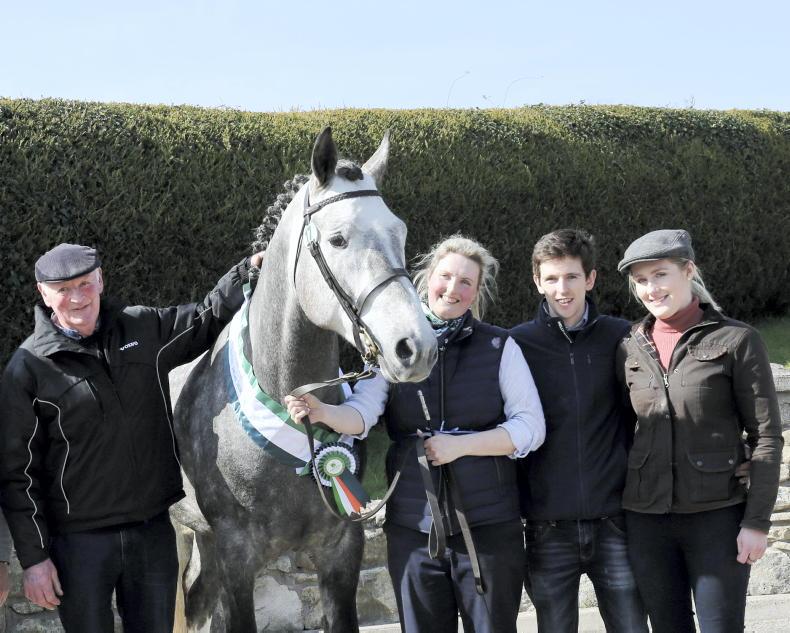 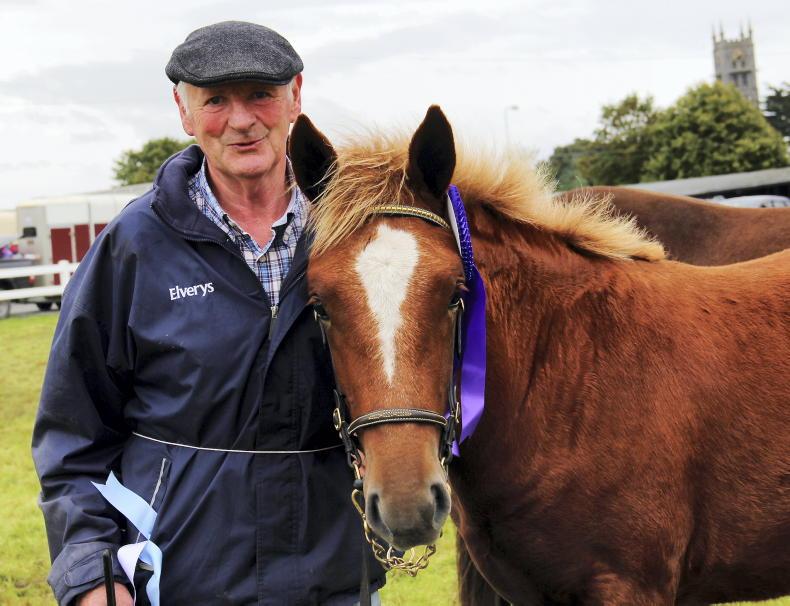 I’M from Murrisk, at the foot of Croagh Patrick, where I keep three Irish Draught broodmares, one Irish Sport Horse broodmare and youngstock. Murrisk, on the shores of Clew Bay, is between Westport and Louisburgh and is one of the most scenic parts of Ireland.

I always had an interest in horses and breeding Irish Draughts when I bought my first Irish Draught foal, a filly by Island King. I bought her in Sligo, directly from the breeder. She started it all for me and bred a number of foals before she was sold on to Kerry.

The next mare I bought and is still here 20 years later is Murrisk Lass (Brown Lad Lara – Grenanstown Lady, by Clontoo Lad). A complete outcross mare, she is one of my foundation mares.

1. Congratulations on breeding Siorcha Redmond’s Murrisk The Holy Grail (Inishfree The Holy Grail – Ashlawn Star, by Agherlow), one of this year’s Class 1 stallions at the Cavan inspections. Tell us about his background.

Murrisk The Holy Grail was born here in Murrisk. He was sold on to Siorcha as a foal after weaning. He was always a special one, even as a foal, moved well and was straight and correct.

2. Why do you breed Irish Draughts?

I have fond memories of being a young fella and watching men from Louisburgh run their mares and foals into Westport for the horse fair, traditionally held on the last Saturday of September, for selling. Many of these would, of course, have been Irish Draught mares and foals kept on local farms. I always liked the native breeds and had a fondness for the Draught horses, especially their temperament.

I am breeding Irish Draughts for 25 years now and have bred roughly 50 foals that have gone on to many jobs, from broodmares to police horses.

3. Proudest moment as a breeder?

Ashlawn Star getting reserve champion at the National Show in 2013. She had a very successful season that year with a good few wins.

4. What was the best advice you ever got? 5. Your favourite broodmare, past or present?

It’s a very close one between the 16-year-old Ashlawn Star and Murrisk Lass (now 22 years old), my two longest-standing broodmares. Between them, they have bred about 20 foals and given me many the good day out.

6. What is your ideal template for an Irish Draught?

I like a horse to have good depth in the body, be compact and have nice bone. I like them to have a nice head with a good ear and a kind, wide-set eye. Of course they must move well and show athleticism but the most important trait is temperament, which the Irish Draught is known for.

I wouldn’t be able to be doing what I’m doing without my family, namely my two daughters, Joanne and Trish and their families, Amy and of course our friend and neighbour Tommy Bennett who I can call on at any time.

8. What do you think are the greatest challenges facing Irish Draught breeders?

I think the biggest challenge facing Irish Draught breeders at the moment is the lack of support from governing bodies.

The cost of getting a mare in foal and getting a foal to the point of sale is huge and is increasing all the time. The rising cost of feeding, stallion fees, fuel and fertiliser all adds up for the smaller breeders.

All of this is definitely impacting on the number of Irish Draught breeding mares.

9. Describe your regime for keeping mares/youngstock.

I keep it simple. All animals are wintered in as we’re on the edge of the Atlantic and the mares foal inside. They are fed haylage, Alfa-A and coarse mix twice daily with a mineral lick available ad-lib.

We spread fertiliser in the spring and we make our own haylage. Thankfully, with its rising costs, we don’t put out much fertiliser. The horses all get out to grass in April, depending on the weather and grass growth.

The horses have their feet seen to by the farrier from when they are foals.

10. Do governing bodies do enough for small breeders of native breeds?

More incentives are needed from governing bodies for small breeders of Irish Draughts and native breeds. Something is needed to encourage people to breed quality foals to make sure the breeds stay alive, as Irish Draught mares are needed as the foundation of Traditional Irish Horses.