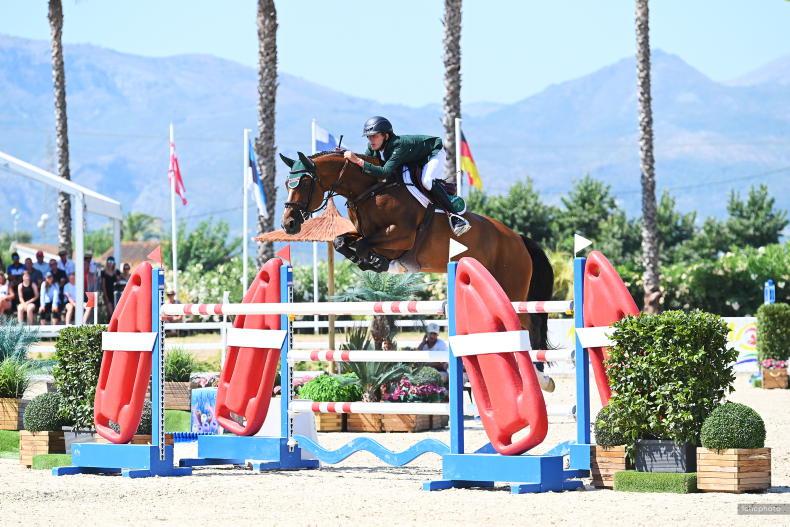 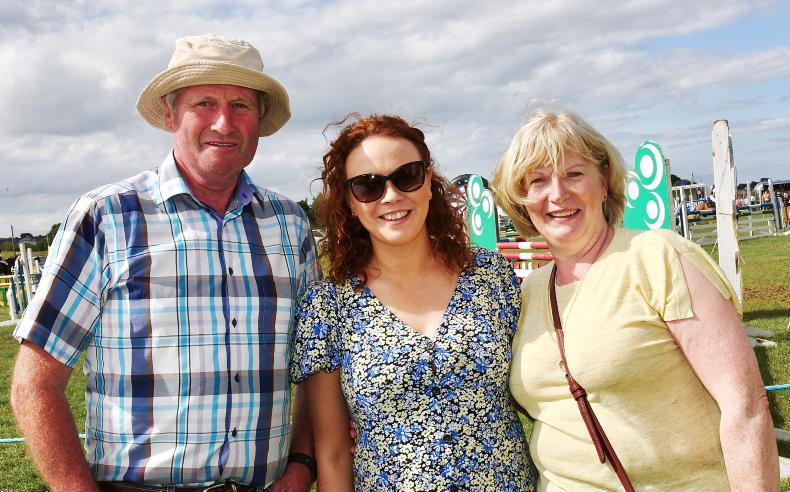 I’M from a small parish between Ballina and Crossmolina, called Ardagh. Married to Kathleen, we have four wonderful daughters: Michelle, Tracy, Karen and Lisa.

I have a small farm of land where I keep a small suckler herd along with my horses. I had a building company a few years back but now I just do the odd few small jobs.

I suppose I have always had an interest in horses. As a young fellow it was mainly racing, my father loved it and he would never miss a local meeting - Ballinrobe, Sligo or Galway.

After I got married and the girls came along, they seemed to have an interest so I got a little pony for them. The first pony we got was bought from Frank Gordon Snr, Johnathan Gordon’s grandfather!

My first grandson Shay was born a couple of months ago and I look forward to someday buying him his first pony too.

After a few years we started breeding a Connemara mare and had a few foals. The girls loved bringing the mare and foals to the shows, the buzz and enjoyment of getting them ready and heading off for the day. Most days we would have come home with a rosette, so that was always nice for them.

Tracy and Karen would have done a bit of show jumping on a pleasure basis mainly, but when they went off to college, they didn’t have the same time. I kept the breeding going though.

1. Congratulations on breeding Over Lux, Harry Allen’s bronze-medallist horse at the European Young Riders championship. Tell us more about him.

Thanks very much! Over Lux’s Dam is Thornfield Camille. I bought her in 2003 off Oliver Fleming in Lansboro. She was quite a big foal! When she was broken, Stephen Egan rode her for a few years before I started breeding her.

I had a bit of hard luck with her when I tried breeding her first, lost a couple of foals unfortunately. Over Lux was born in 2012. I had chosen Lux Z, as he was on everyone’s lips at the time and seemed like a good choice to make!

Johnathan McDonnell and his wife Sonja bought him off me as a three-year-old. They broke him and got him going. He wasn’t that simple at first but fair play to Johnathan and Sonja, they stuck with him and got him qualified for the six-year-olds in the RDS where he finished in the top 10. After that he moved on.

Over Lux winning the bronze medal recently would have to be one of my proudest moments, but I when I saw Sonja jump that clear round in the RDS with Over Lux, that is something I will always remember.

3. How many broodmares do you have?

I currently have three broodmares:

Thornfield Camille (Cruising - Lupez). She has a colt foal at foot by Billy Zeus and in foal to him again.

La Belle Rosie (Don Juan de la Bouverie - Bodyke Girl). She has a filly foal at foot by Kroongraaf and in foal this year to Carrabeg The Full Irish.

And a pony mare, Bubbles The Rascal by (Martan Phaidin Mhoir - Portern Girl). She has a colt foal at foot by Gortfree Graystone and in foal to him again this year. My aim would be to breed a nice type horse that would have a pleasant temperament, easy to manage and be a good competitor.

5. Describe your regime for keeping broodmares and youngstock.

I try and keep the broodmares out as long as I can, but that’s not always easy with the amount of rain we get at times. I’m planning to erect an open shed with a large enclosed area and a woodchip base so that they can move around freely.

They are fed a small amount of mix along with some rolled oats and they have haylage at all times. My youngstock are out in the summer. I take them in when the weather changes and I do some work with them and get them used to being handled.

In my opinion, the breeders that breeds horses at the top level are well recognised. But the breeders at a lower level seem to struggle to get recognition. Everything is so expensive: semen, vet fees, feed, etc.. If there could be some incentives it would be great.

7. If you could have bred any horse in history which one would it be?

I would love to have bred the racehorse Desert Orchid. He was an unbelievable animal, so impressive on every outing and gave his team some great days out! It would have been unreal to have been a part of it!

My team is mainly family. Kathleen, Michelle and Lisa are always on hand when needed. Karen lives in Cork but when she’s home she always willing to help. Tracy is in Australia, she’s home in a few weeks so I’ll be sure to have a few jobs lined up for her!

I have a few good friends and neighbours I can always call on. Susan Malee and her gang at Carrabeg Stud are a great help with getting the mares back in foal.

A not so wise man once told me to stay away from horses, but I am glad I didn’t take that advice especially now after seeing Over Lux do so well!

10. Where would you love to visit and why?

I enjoy sitting down and watching western films when I can. One day, I would love to go visit Texas to see all the massive ranches out there, I think that would be some experience!