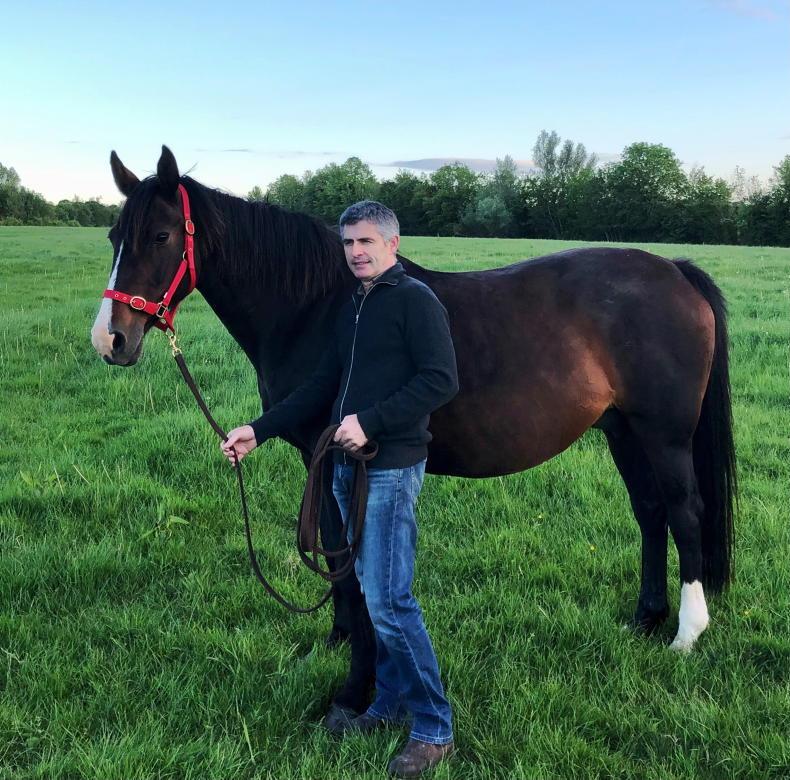 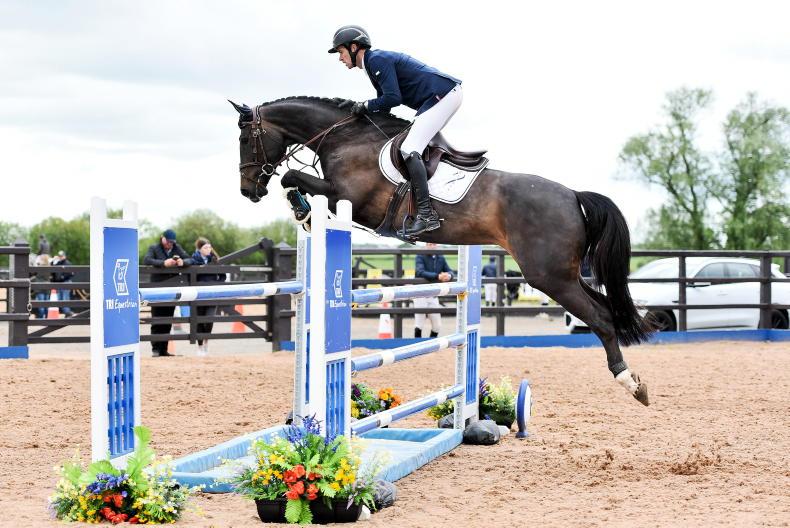 I’M farming full-time in a small townland called Ardnehue, which is in Bennekerry, Co. Carlow. Hence the prefix ‘ABC’ being the three initials of my address. I did use Ardnehue as a prefix at one stage but show commentators had difficulty pronouncing it correctly and so I decided a change was needed.

The early spring can be a busy enough time so I tend to leave the mares to foal from mid-April onwards and a July foal is not uncommon. Mares are housed at night around foaling time and a foaling alarm and CCTV camera are used to help make life a little bit easier.

Despite having the gadgets, you’d still miss some of the foals being born so my wife Anna is on night watch duty.

1. Congratulations on breeding ABC Quantum Cruise, one of the highest-ranked Irish Sport Horses in the WBFSH April rankings. A good week of results for ABC Sport Horses?

Thanks. Yeah, ABC Quantum Cruise (OBOS Quality x Cruising) is in flying form this season. He won the Grand Prix at Tryon last weekend and this followed his win in the Welcome Stakes just a few days previously. He had a great Winter Equestrian Festival, jumping five double clears in 1.60m Grand Prix classes.

I also had the six-year-old mare, ABC Saving Grace qualify for the Dublin Horse Show up at Meadows EC last week. She is by Kannan and is a half-sister to Quantum Cruise.

It all started with a stray Irish Wolfhound dog but that’s a story for another day. We got into ponies at a young age and did Pony Club and a bit of show jumping at local shows. That time there would have been up to a dozen gymkhanas within a small radius of home.

I gave it all up after the ponies but my late father Séan was always hinting at me to get back in and so I bought my first broodmare in 1993 and started breeding as a hobby.

I had two different bloodlines back then and was using mostly thoroughbred stallions.

In 2006, I decided to focus more on breeding show jumpers and so I bought a three-year-old filly, Ardnehue Diamond Cruiser (Cruising x Diamond Lad). She won the Cavan Classic five-year-old and was fourth in the six-year-olds in Dublin. She’s the dam of ABC Quantum Cruise and two other international horses, ABC Caruso (Cardento) and ABC Private Jet (Je T’Aime Flamenco), who has just started at 1.50m level.

3. Proudest moment as a breeder?

ABC Quantum Cruise picking up the reserve champion sash in the three-year-old loose jumping class at Dublin. He trotted up the stand side of the arena as if he owned the place. Watching him trot into the arena for the Aachen Grand Prix was special too. 4. How many broodmares and foals do you currently have?

I have four broodmares: Ardnehue Diamond Cruiser (Cruising x Diamond Lad) is expecting a foal soon by Pegase Van’t Ruytershof. Her full sister, ABC Diamond Dilemma, is also in foal to Pegase. There’s two half-sisters to Quantum Cruise; ABC Cavalier Carly (Cavalier Royale) who is not in foal and ABC Tiny Dancer (Mermus R) who has a cracking filly foal at foot by Livello.

I also did a bit of embryo transfer last year with ABC About Alice, a full sister to Quantum Cruise, and have a filly foal by Castlefield Kingston born just last week. ABC About Alice is just a four-year-old and was out to a few training shows this spring. She’s back home now, I’ll try to get an embryo from her and then she will do a few more shows in the autumn.

5. What are your favourite bloodlines?

I love the bloodline that I have: Cruising x Diamond Lad x Arctic Que. OBOS Quality has been very good to me and I think his greatest legacy will be as a broodmare sire. Je T’Aime Flamenco has been a lucky sire for me.

6. How do you market ABC Sport Horses?

I have a website, www.abcsporthorses.com, and a Facebook page which I keep updated with videos and results. I name all the foals with my prefix ’ABC’ so it’s an easy one to remember. I’m new to Instagram and follow the riders of any of the ‘ABC’ horses. My daughter Sarah has the tough task of teaching me about the workings of social media!

Vet, Michael Keane, looks after the herd’s health and some repro work. Tim Brennan also does repro work for me. He does the embryo transfers and is responsible for my first attempt at ET which resulted in ABC Quantum Cruise.

Thomas Quigley does the three-year-olds for me and Niall Redmond and Debbie Flavin do a great job with the breakers. Ethen Ahearne is currently jumping ABC Saving Grace for me.

I’ve three sons, David, James, Andrew, and despite getting them a pony when they were younger, they didn’t pick up the ‘grá’ for the horses but would give hand at the foal sales.

8. If you could have bred any horse which one would it be?

I’d loved to have bred and still own Fit For Fun or DSP Alice.

9. What advice would you give to a young breeder starting off?

10. Does Horse Sport Ireland do enough for breeders?

The Studbook Series for young horses is a great success for producing young horses. ABC Saving Grace was a joint winner of its Barnadown leg recently.

I’d like to commend HSI for the introduction of the various breeding initiatives which provide financial support to help breeders to improve their lot.

I have availed of the Embryo Transfer Scheme, the X-Ray Screening Scheme and the Breaking and Schooling Scheme over the last couple of years and I believe that these schemes will improve the national broodmare herd in the long term.

I’d hope, going forward, that these initiatives will be available again. The money from those schemes gets well spread out across the whole equestrian community and so it’s not just the breeders that benefit from them.