Title: BREEDING INSIGHTS: All that Glitters can be gold

Leo Powell was on hand to see Lord Glitters' recent win in Bahrain, and now looks at the winners' family 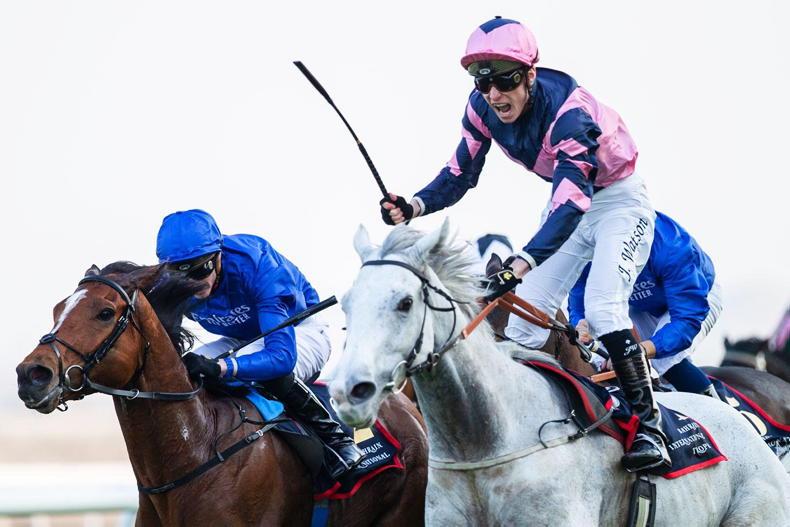 IN spite of being a dual Group 1 winner, this is the first time that Lord Glitters has been reviewed in this column. It was a pleasure to be present last week to see the eight-year-old son of Whipper (Miesque’s Son) captured the newly-promoted Group 3 Bahrain International Trophy, his tenth career win.

His previous successes include wins in the Group 1 Queen Anne Stakes at Royal Ascot, a race in which he was also second, and the Group 1 Jebel Hatta Stakes at Meydan. Placings in races at the highest level include running third in both the Sussex Stakes and the Dubai Turf. He has winnings now that are north of £2.1 million.

Bred by Sca Elevage de Tourgeville and Mme Hilary Erculiani, he was sold as a yearling in the Arqana October Sale for just €25,000 to Ecurie du Trieux. He won four times for them and was listed-placed, and then sold for €270,000 at the 2017 Arqana Summer Sale and joined David O’Meara. The rest is history.

While the saying is that all that glitters is not gold, in the case of Lord Glitters and his family they are the exception. He is the best of eight winners from the stakes-placed Lady Glitters, a daughter of Homme De Loi (Law Society). Lady Glitters’ unraced daughter Pivoline (Pivotal) is the dam of the Group 3, seven-time winner Petit Chevalier (High Chaparral).

Lady Glitters had no fewer than 10 winning siblings, the best of which were the listed winning duo of Grey Glitters (Grey Risk) and Loupy Glitters (Loup Solitaire).

Eight winning offspring of Lady Glitters, and 10 for Marie Glitters (Crystal Glitters) were bettered by Lord Glitters’ third dam Marie De Vez (Crystal Palace). That winner had 13 progeny that won, and she is grandam of the Group 1 winning juvenile Morandi (Holy Roman Emperor).

She won the German Oaks and later was responsible for nine winning progeny, Dom Alaric (Sassafras) being outstanding.

He won Group/Grade 2 races in France, Canada and the USA, and was twice runner-up at Grade 1 level.