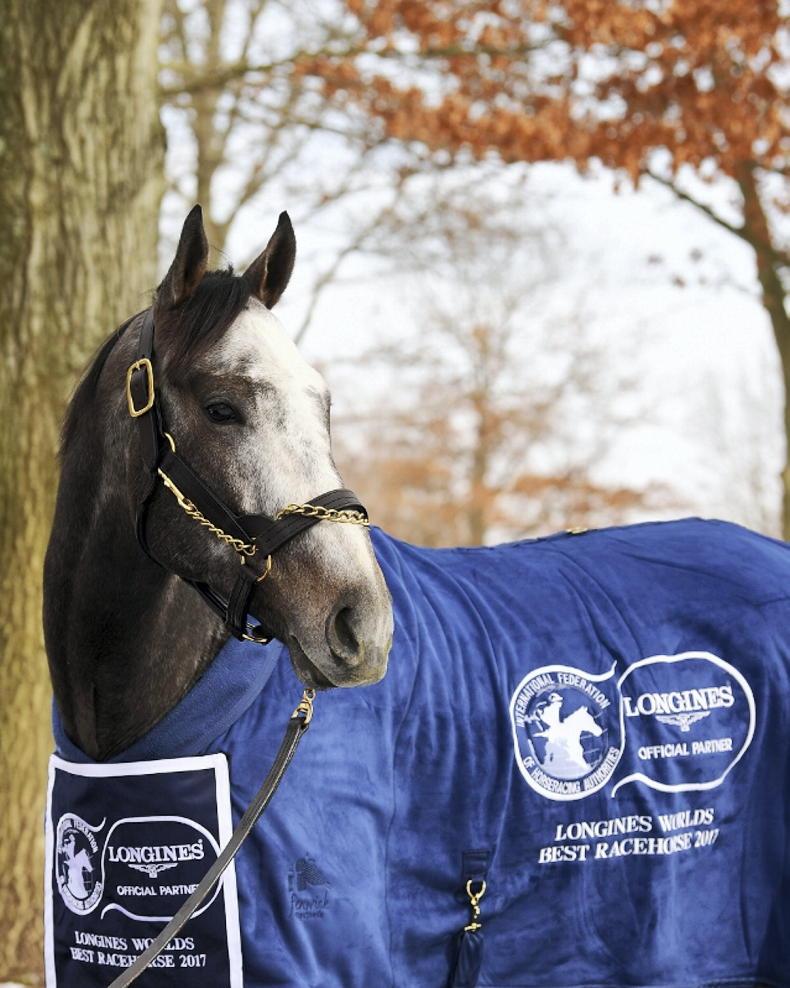 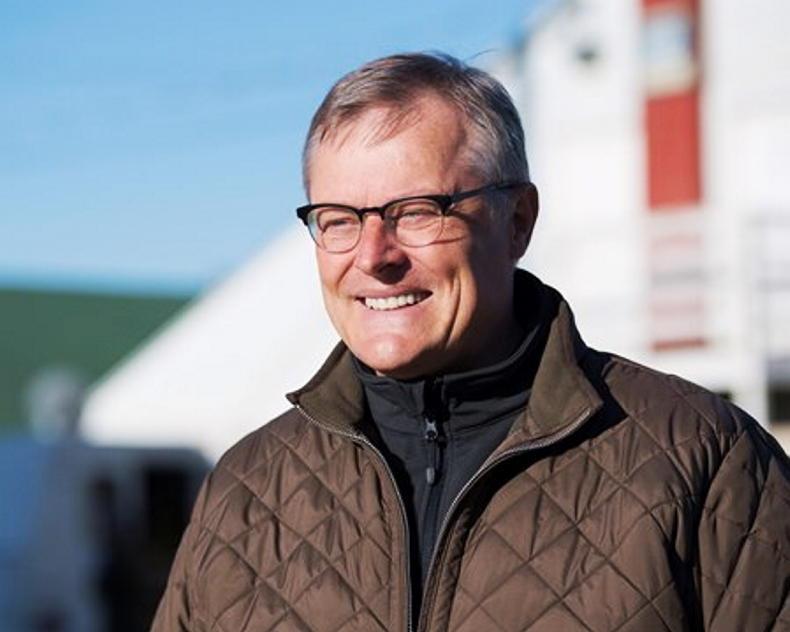 WHAT a loss Arrogate was when he died after just three seasons at stud. His final crop are yearlings and in the early sessions of this week’s Keeneland September Yearling Sale have realised up to $590,000.

On June 2nd 2020 Juddmonte Farms confirmed that their champion and four-time Grade 1 winner Arrogate was euthanised that morning, following a battle to save him after an illness that began in the previous week.

The then seven-year-old son of Unbridled’s Song (Unbridled) was not a homebred, having been purchased as a yearling at Keeneland by Prince Khalid Abdullah’s Juddmonte Farms for $560,000 from breeder Clearsky Farms.

Trained by Bob Baffert, he had a spectacular racing career. After three wins in California he truly announced his arrival with a track record-setting win in the Grade 1 Travers Stakes, and followed up with victory over California Chrome in the Grade 1 Breeders’ Cup Classic.

Arrogate posted two more stakes wins at four, beating California Chrome again in the inaugural Grade 1 Pegasus World Cup Invitational when he set another track record, before recording an incredible win in the Group 1 Dubai World Cup. He retired to stud with seven wins from 11 starts and over $17.4 million in earnings, and was crowned champion three-year-old colt at the Eclipse Awards.

At the time of his demise, Garrett O’Rourke said: “We will never forget the ride Arrogate took us on. Those four amazing races established him as one of the great racehorses of our time, breaking two track records, taking down champion California Chrome in a battle for the ages, and then running by Gun Runner in another-worldly performance in Dubai. We hope that the heartbreak of losing him so young can be soothed by proudly watching the achievement of his runners.”

Well, O’Rourke’s wish became a reality this year in particular. After Secret Oath won the Grade 1 Kentucky Oaks, giving Arrogate his first winner at that level, there was a bit of a wait for the second, and within a 24-hour period at the weekend the tally was raised to three! Both of the new additions are juveniles, And Tell Me Nolies catching the favourite in the shadow of the winning post to win the Grade 1 Del Mar Debutante Stakes, before Cave Rock gave Bob Baffert a 16th win in the Grade 1 Runhappy Del Mar Futurity.

Bred in Kentucky and sold as a short-yearling for $70,000, And Tell Me Nolies went to Ocala as a two-year-old and was purchased by agent Bryan Anderson for Peter Redekop for $230,000. She has earned $2,800 more than that latest purchase price with two wins in three starts, and she is worth a heck of a lot more now.

And Tell Me Nolies is the seventh runner and seventh winner from the first eight foals produced by Be Fair, a Grade 3 winner and Grade 1-placed mare by Exchange Rate (Danzig). The mare’s ninth is a yearling colt by Gun Runner (Candy Ride), and he is due under the hammer this week in Keeneland, having been bought as a foal for $150,000.

When the son of Gun Runner was sourced last November his dam Be Fair had six winners, none of them even placed in a stakes race. Now he is a half-brother to a Grade 1 winner!

Be Fair was sold for $35,000 carrying her now yearling, and this year she was covered by Mo Town (Uncle Mo) at Ashford Stud. Be Fair was a second stakes winner for her winning dam Go Donna Go (Wild Again), and was born a year after her half-brother Macho Again (Macho Uno), winner of the Grade 1 Stephen Foster Handicap at Churchill Downs and runner-up in the Preakness Stakes.

Cave Rock won on his debut just hours before his full-brother was to be offered at the Fasig-Tipton New York-bred Yearling Sale last month. Consequently, the colt topped the sale at $700,000. Imagine what he might have made were he to have sold at Keeneland this past week, days after Cave Rock added the Grade 1 win at Del Mar?

Here is another case of a bargain purchase of a mare, as Cave Rock’s dam Georgie’s Angel (Bellamy Road) was sold carrying her now yearling for just $75,000 to Longford Farm. Her new owners have a filly foal on the ground by Grade 1 winner Improbable (City Zip) and she was covered by Grade 1 winner and Grade 1 sire Connect (Curlin).

Georgie’s Girl and her half-brother Lawn Ranger (U S Ranger) are both Grade 3 winners in the USA, but the next two removes of the family are full of Canadian stakes winners, many of whom were among the best of their generation.

Cave Rock was a successful pinhook, selling for $210,000 as a foal before returning to the same ring at Keeneland and realising $550,000 last year.