The Westerner filly Bonttay is a welcome boost for her family pedigree, writes Leo Powell 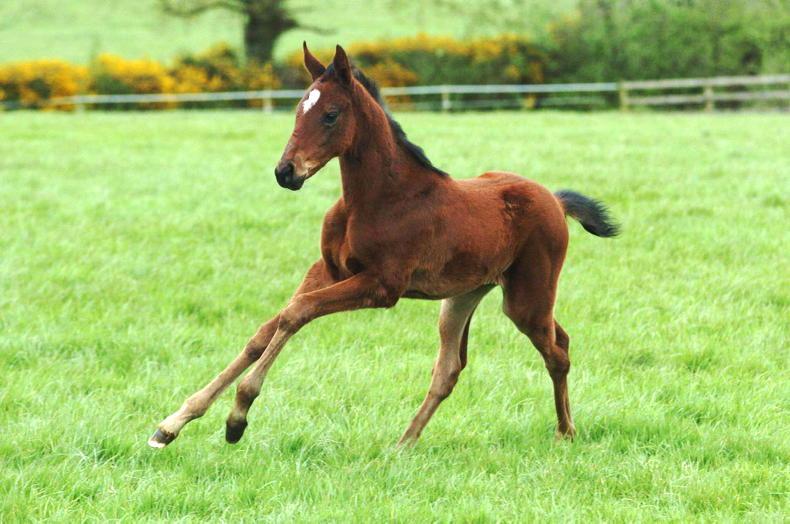 THREE-TIME unbeaten bumper winner Timeforatune is mentioned elsewhere on these pages this week, and it was also the case that the other Cheltenham listed bumper winner is also an unbeaten triple winner.

In this case we are talking about the Pat Connell-bred Bonttay, a daughter of Westerner (Danehill) and the first winner for her dam Ben’s Turn (Saddlers’ Hall). Patience has paid off for Pat, and also for Cedric Brookes. He and his wife Jane own Bonttay in partnership with trainer Fergal O’Brien who was recording his 72nd winner of the current season with the filly’s win in the Listed Evesham Mares’ NH Flat Race at Cheltenham, and for good measure the trainer had the runner-up also.

Sixteen years ago Cedric Brookes raced Bonttay’s dam Bens Turn, and she was trained by Alan King to win five of her nine starts, three bumpers (like her daughter now) and two hurdle races. At stud she had seven foals, three of which are daughters of Westerner. The first one was placed, while Bonttay is followed by a three-year-old own-sister, named Queen Annie, who was sold as a foal for just €600, privately, to Dan Cleere.

Four of the seven progeny of Ben’s Turn have been in the money, but this is a family that you have to go back some way to find any other blacktype. Bonttay’s grandam Christines Gale (Strong Gale) bred a pair of winners, while the nest dam, Christines Frozen (Deep Run) bred a single point-to-point winner.

You have to go back to Arctic Cut, the fourth dam of the Cheltenham winner, to find some real action in the pedigree – until now. Arctic Cut was born 49 years ago and never raced. She bred four winners, and is grandam of the Christies Foxhunter Chase runner-up Stay In Touch (Over The River).

Intriguingly, Arctic Cut is also the fourth dam of a second blacktype winner, also a listed bumper winner, and also by Westerner. She is Three Swallownick. That mare and Bonttay are among 39 blacktype winners sired to date by the 2005 Ascot Gold Cup winner, and exactly one-third of these have been fillies and mares, notably Grade 1 winner Skyace.