Title: BREEDING INSIGHTS: Four winners who did not miss the cut 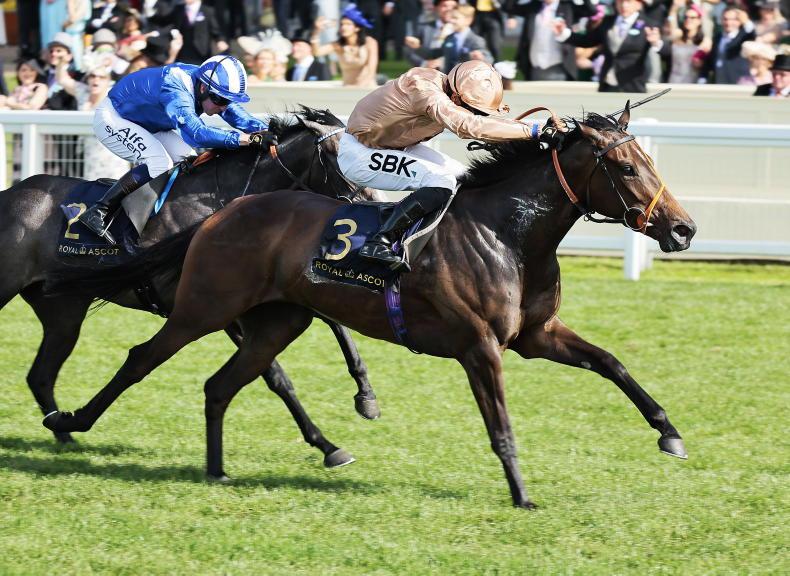 BOUGHT for $400,000 as a foal, Missed The Cut was culled by Shadwell in February this year at Tattersalls, selling to Hurworth Bloodstock for just 40,000gns.

Now trained by man of the moment George Boughey in Newmarket, Missed The Cut has won three of his four starts, including the 10-furlong Golden Gate Stakes, and he was a second Royal Ascot winner for the up-and-coming handler. A son of Quality Road (Elusive Quality), Missed The Cut is the first foal of the US listed winner Beauly, a daughter of Sea The Stars (Cape Cross).

Beauly and the four-time English and French listed winner Gusto (Oasis Dream) are mong five winners from Pickle (Piccolo), and she showed her best form in the USA and won a Grade 3 there. This is the family of Group 3 Jersey Stakes winner Gale Force Ten (Oasis Dream).

Bred by Liam Phelan at Glashare House Stud, the four-year-old Mayson (Invincible Spirit) gelding Rohaan won the Wokingham Stakes, an amazing cavalry charge, and this was the gelding’s eighth career win. He has been successful at up to Group 2 level, and is the best of five winners for his dam who was knocked down to Rathasker Stud, carrying Rohaan, for 37,000gns.

Congratulations to Harry Eustace who trained a Royal Ascot winner with his first runner, thanks to Latin Lover’s success in the Palace of Holyroodhouse Stakes. Bred by Grangecon Holdings, and sold for €21,000 to de Burgh Equine as a yearling at Fairyhouse, the three-year-old son of Coolmore’s Starspangledbanner (Choisir) was winning for the third time.

He is one of four winners for his four-time victorious dam, Blue Dahlia (Shamardal), and she was sold for just €9,000 in February 2021, carrying a now yearling filly by Sioux Nation (Scat Daddy).

Racing for her breeder, St Albans Bloodstock, the three-year-old Heredia remains unbeaten in four starts after landing the Sandringham Stakes. Blacktype will now be high on the agenda for this first foal by Dark Angel (Acclamation) from the Group 3 winner Nakuti (Mastercraftsman).