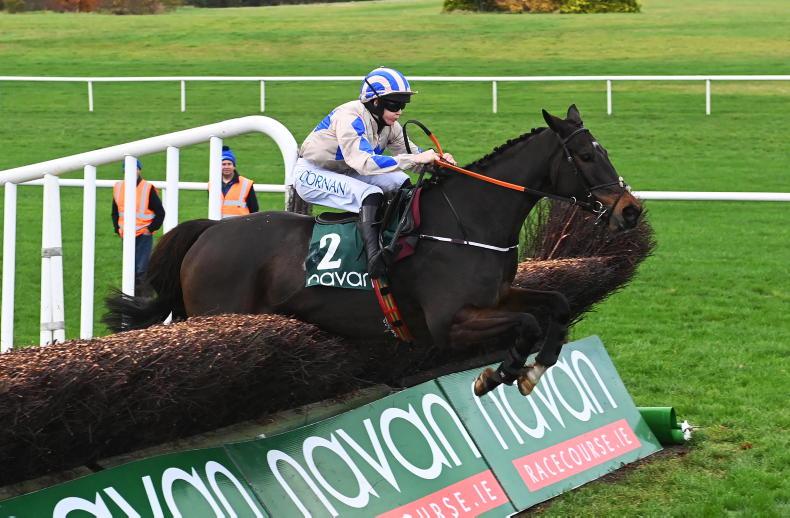 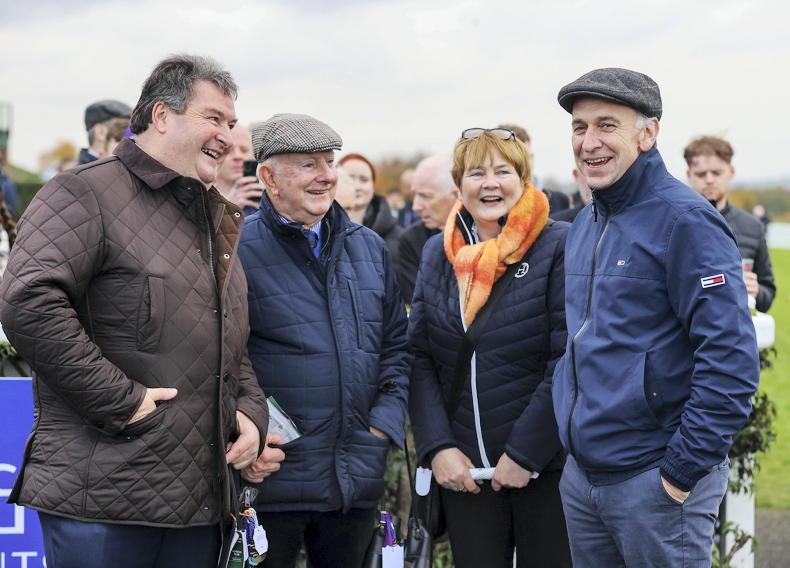 TWELVE months ago, Henry de Bromhead and Rachael Blackmore combined to land the Grade 2 Fortria Chase at Navan with the odds-on favourite, Notebook.

This year’s race was robbed of a great deal of interest when three of the seven entries were withdrawn, including Ferny Hollow. Four eventually lined up for the starter, and three could have a good case made for them. At the end of the two-mile contest, it was the same duo of de Bromhead and Blackmore in the winners’ enclosure, the difference being the owner, Declan Landy, and the horse, Captain Guinness.

Bred by Arthur Fennelly, Captain Guinness is a seven-year-old son of the sprinter/miler Arakan (Nureyev), but from a female line that has left its mark on National Hunt racing. Indeed, Captain Guinness is the best runner in the family since the Grade 1 Champion Hurdle winner Celtic Shot (Celtic Cone) some four decades ago. He is out of the weekend winner’s fourth dam.

Let’s start with the sire of Captain Guinness, the dual Group 3 winner Arakan. Bred and raced by the Niarchos family, Arakan was a solid performer at up to Group 2 level, and at stud he offered breeders a chance at a commercial fee. He proved to be more than capable at stud, and his second crop contained the Group 1 Prix Jean Prat winner Dick Turpin.

Four crops later the Group 1 National Stakes winner Toormore emerged, but after 11 seasons at Ballyhane Stud Arakan was sold to continue his stud career in France. Two Group 1 winners and three other stakes winners were not enough to fill his books in Ireland, but it is interesting to note that he has sired an equal number of blacktype winners over jumps.

Arakan’s son Brog Deas is a three-time Grade 1 hurdle winner in Italy, while Captain Guinness is his best runner in Ireland or Britain.

Captain Guinness has been a horse to always make his mark, and he began his career with a seven-length win from Belfast Banter in a maiden hurdle at Navan as a four-year-old. He only made two more starts over the smaller obstacles, running second to Andy Defresne in the Grade 2 Moscow Flyer Novice Hurdle at Punchestown, before being brought down when going well at Cheltenham in the Supreme Novices’ Hurdle.

A chaser in the making, Captain Guinness had an inauspicious debut over the bigger obstacles, being pulled up, but things got better, and he has now won four times over fences, adding a pair of Grade 3 wins at Naas to his recent Grade 2 success. He has competed at Grade 1 level, finishing third three times, in the Arkle Trophy Chase at Cheltenham, behind Shishkin and Eldorado Allen, the Tingle Creek Chase at Sandown and the Dublin Chase at Leopardstown.

The first of seven foals out of the unraced Presenting (Mtoto) mare Presenting D’Azy, Captain Guinness is her only racecourse winner – to date. I cannot imagine that remaining the case for too long. His year-younger full-brother, Captain Broomfield (Arakan), sold for €5,000 as a three-year-old, won a point-to-point and sold on for £65,000, and he has been placed a few times over hurdles with Emma Lavelle. At the time of writing he holds an entry for this weekend.

Tony Martin trains Brookie (Policy Maker), and this five-year-old sibling has been placed this year in a bumper and over hurdles. With the possibility that the mare’s first three foals could all be winners on the racecourse, there will be more than usual interest in the youngstock out of Presenting D’Azy, a three-year-old filly Stoneyford Lady (Valirann), two-year-old and yearling fillies by Policy Maker (Sadler’s Wells), and a colt foal by Jet Away (Cape Cross).

Captain Guinness is not the only horse flying the flag for this family in 2022. Recently, Presenting D’Azy’s half-brother Jerrysback (Jeremy), now a 10-year-old, finally landed a blacktype success when winning the Listed Summer Cup Chase at Uttoxeter for JP McManus. Twice runner-up in Grade 2 novice chases, this was his sixth time to visit a winners’ enclosure, once at a point-to-point, twice over hurdles and the rest over fences. 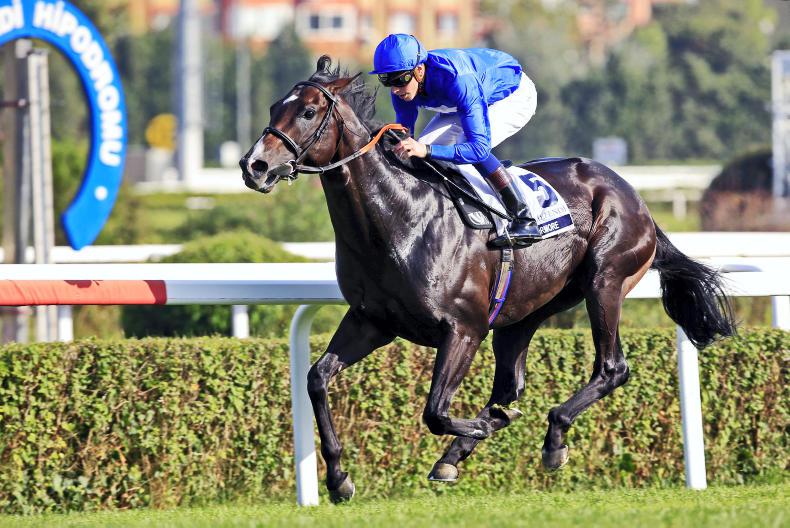 Toormore : Standing at Dalham Hall Stud
A millionaire racehorse and champion juvenile in Europe, Toormore is reviewed by Michael Ross 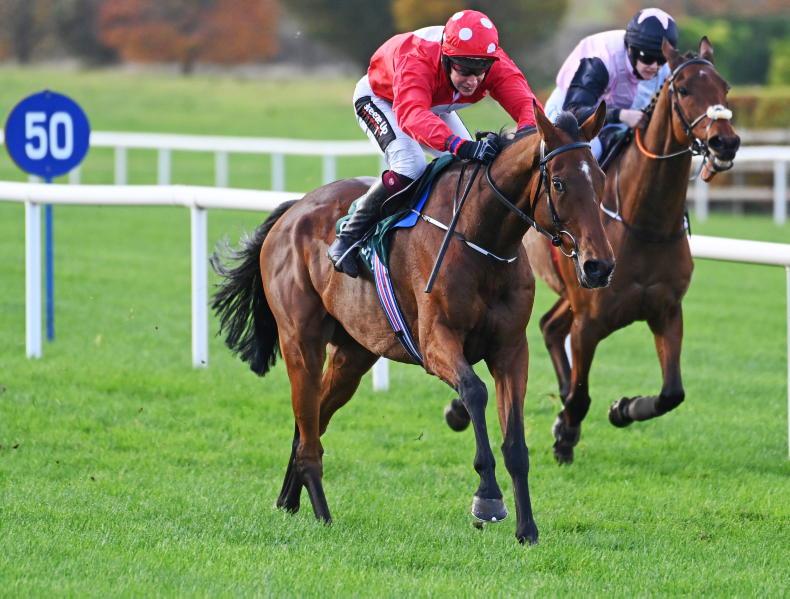 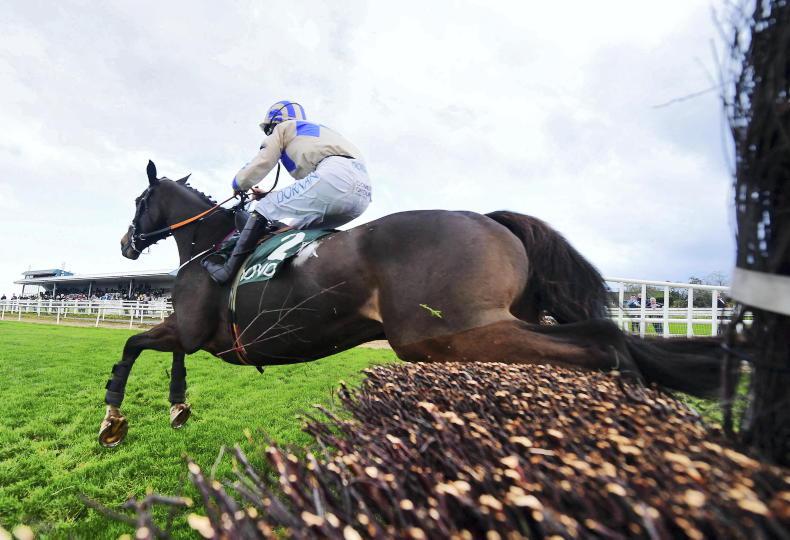 Andy Bate
TIME WILL TELL: Captain Guinness proves his pint
Andy Bate is taking a cautious line on Hollow Games, who recorded a slow time in his chase win, as did stable companion Three Stripe Life a day earlier