Leo Powell checks out the latest group winner bred by Nicky Hartery, and sired by Profitable 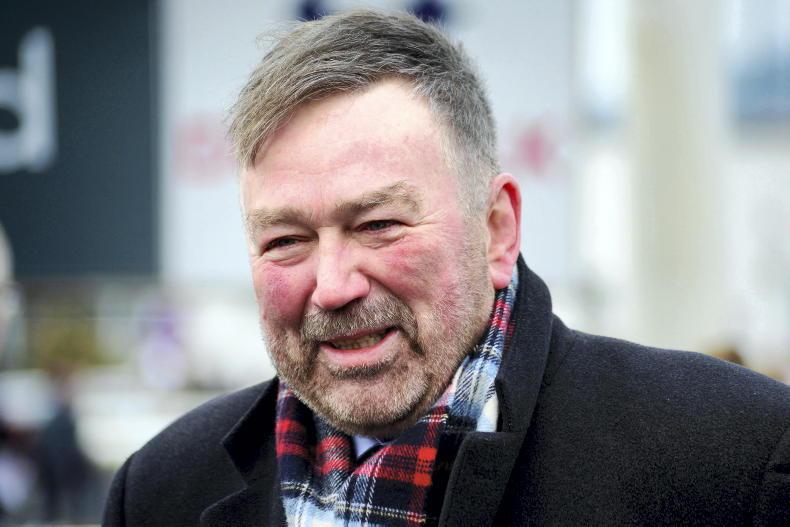 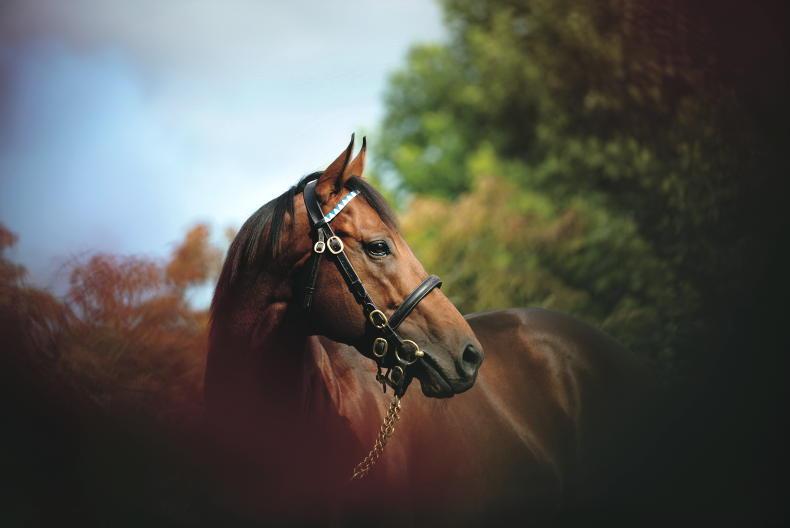 LAST Saturday’s back cover of The Irish Field was devoted by Darley to Profitable, their Group 1 King’s Stand Stakes winning son of Invincible Spirit (Green Desert).

Under the caption ‘news you can use’, they proudly stated that the 10-year-old Kildangan Stud-based stallion had “more 2022 two-year-old winners than Mehmas, Ardad, Acclamation and his own sire Invincible Spirit – led by the Deauville Group 2 winner Wed”.

Well, the pundits in the organisation must have had a premonition that the stallion was going to have a good weekend too, and he did. Thunder Love last Thursday won a valuable allowance race at Belmont Park, two days before the Nicky Hartery-bred three-year-old Mitbaahy stepped up to Group 3 status, winning the Dubai International Airport World Trophy at Newbury in a blanket finish.

Victory for Mitbaahy came seven days after the slight disappointment of his year-older half-sister Going Global (Mehmas) being beaten by Avenue De France in the Grade 2 John C Mabee Stakes, a mare she had, on their previous meeting, beaten fair and square in the Grade 2 Yellow Ribbon Handicap, also at Del Mar.

Last year Going Global won the Grade 1 Del Mar Oaks, a victory that helped Hartery, chairman of Horse Racing Ireland and owner, with his wife Catherine, of Caherass Stud, along with breeding Laws Of Indices, to be chosen as the 2021-22 Connolly’s Red Mills/The Irish Field Flat Breeder of the Year.

Wed may be the first stakes winner in the second crop by Profitable, but Mitbaahy is one of three group winners, Quick Suzy in the Group 2 Queen Mary Stakes and Miramar in the Group 3 Prix Sigy being the others, and two other stakes winners in his first crop.

Going Global, Mitbaahy and the Group 3 Royal Whip Stakes-placed Finans Bay (Kodiac) are the first three foals out of the dual winner Wrood (Invasor), and the fourth is a twice-placed juvenile of this year, Canadiansmokeshow (U S Navy Flag). Wrood’s yearling is Lot 306 in Book 1 of the Tattersalls October Sale, a filly by Saxon Warrior (Deep Impact), and this year she foaled a colt by Mehmas (Acclamation). 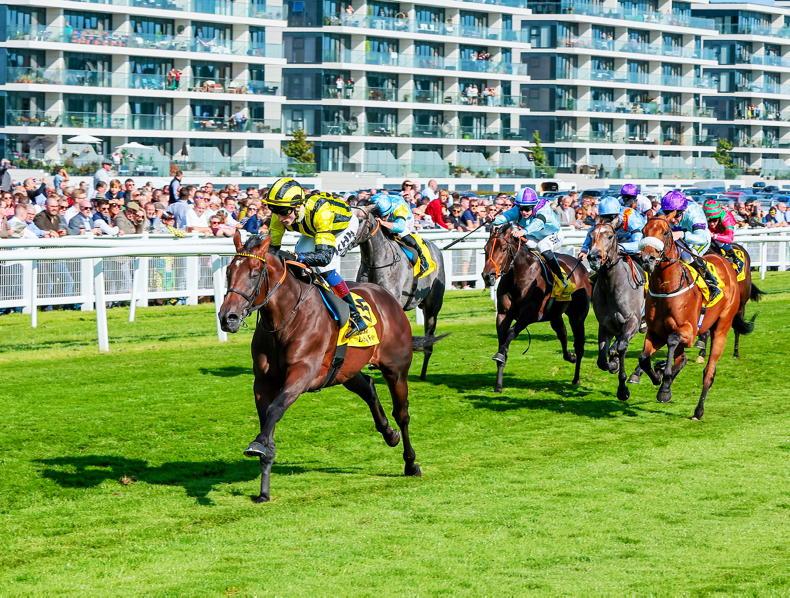 Rory Delargy
BRITAIN: Impressive Sakheer has Group 1 aims
The Mill Reef winner was a fourth consecutive winner on the card for the resurgent David Egan and Roger Varian saddled seven winners on the day 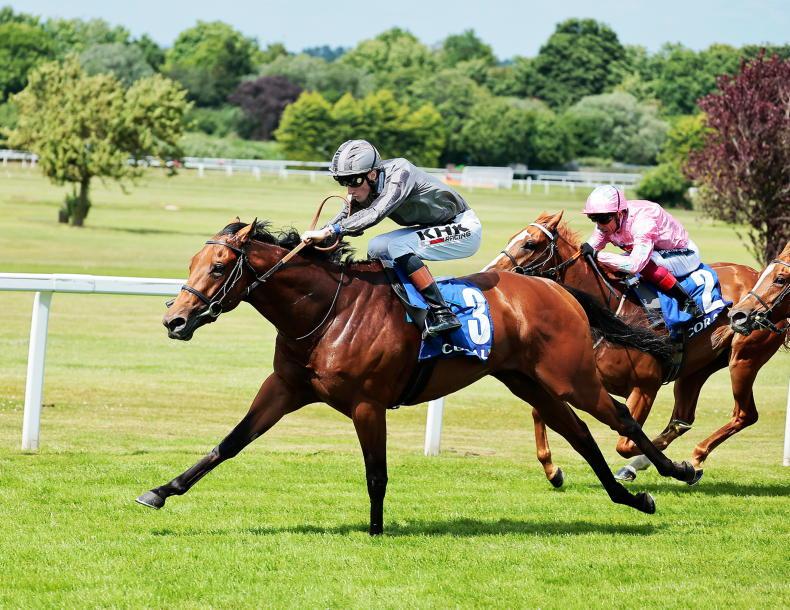 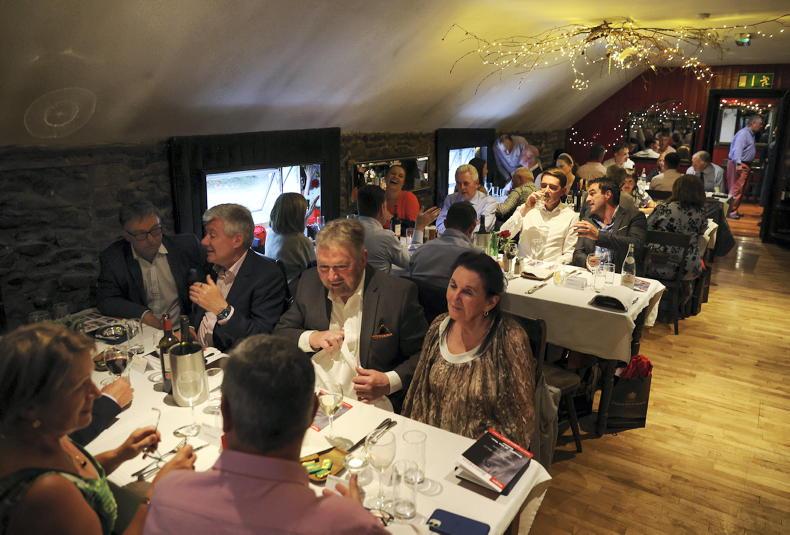 Leo Powell
AWARDS: From Alcohol Free to Flooring Porter, raise a toast to Irish breeders
The Connolly's Red Mills The Irish Field Breeder of the Year Awards were presented this week. 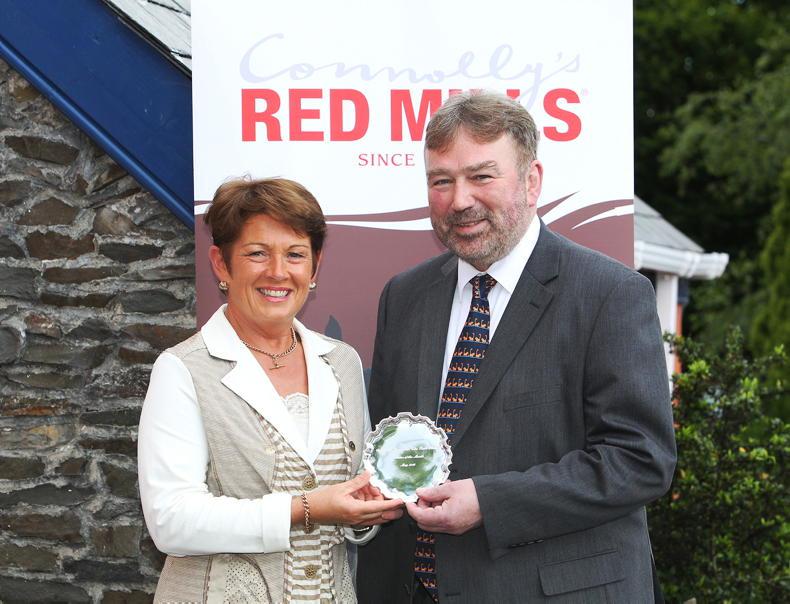