Title: BREEDING INSIGHTS: Noah And The Ark splashes down in Aqueduct 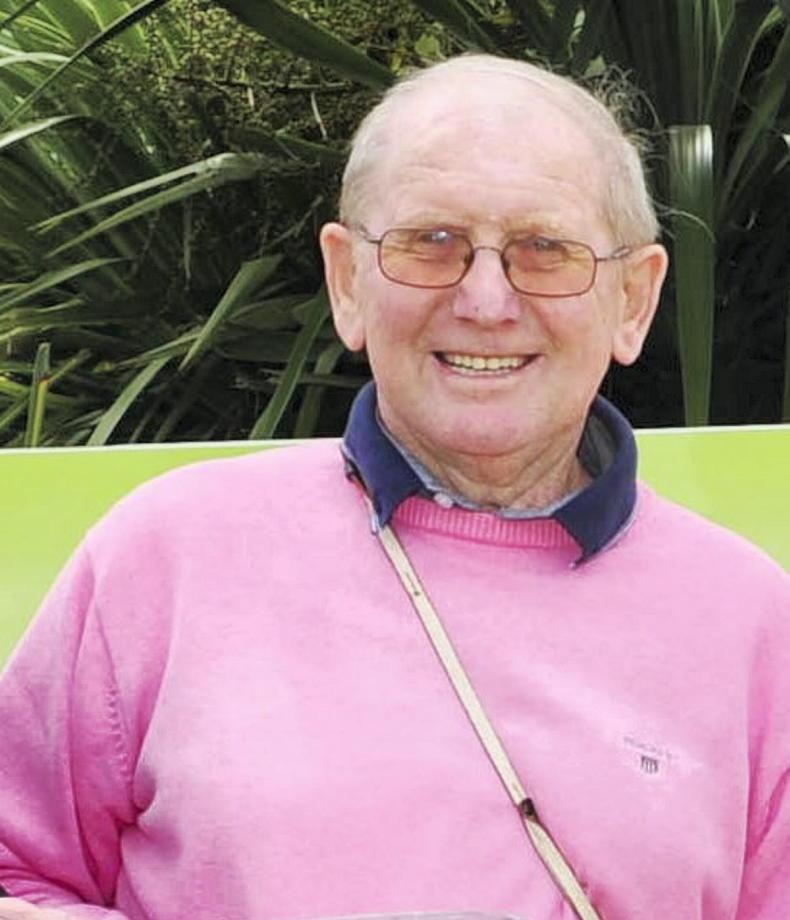 BRED by Tony Slattery at his Milltown Britton Stud, the eight-year-old Noah And The Ark (Vinnie Roe) earned blacktype last weekend in some style, running out a nine-length winner of the Grade 1 Lonesome Glory Hurdle at Aqueduct.

This success followed a 16-month layoff, and the Todd McKenna owned and trained Noah And The Ark took the honours at the expense of the odds-on favourite and multiple Grade 1 winner Snap Decision.

The race carried a purse $150,000 and the winner was returned at odds of more than 80/1. The Lonesome Glory Hurdle was one of two jump races on the card, and marked the first day of steeplechase racing at the track since 1974.

Noah And The Ark was making his first appearance since winning the 2021 Carolina Cup, and that victory was gained on just his third US start after a 12-race career in England. Those dozen starts included winning his only point-to-point at four for Jill Dennis and, after selling for £20,000 to Donald McCain, he added four hurdle races and was placed.

Harrison Beswick was in the saddle at the weekend and he also partnered Noah And The Ark to victory on his final, winning start in England, over hurdles in 2019 at Worcester.

Snap Decision had three-parts of a length to spare over third-placed Ask Paddington, ridden by Danny Mullins, while the Leslie Young-trained Song For Someone was a nose back in fourth.

Beswick was enthusiastic about the winner post-race. He said: “He did it all so well. His jumping is out of this world. He’s always, in my mind, been a Grade 1 horse, but it’s just taken this amount of time to get him to that stage. To have done that off the layoff he had is a remarkable training feat.”

Sold to Gerry Hogan as a yearling for €8,000, there was no profit earned when Noah And The Ark next appeared in the Tattersalls Ireland sale ring as a three-year-old, where he traded for €9,000 to Thorne Farm. By then his sire Vinnie Roe (Definite Article) had moved from Grange Stud to Longford House Stud. The four-time Group 1 Irish St Leger winner, twice when the race was sponsored by The Irish Field, had five blacktype winners over jumps in his first crop, but with 10 crops of racing age that has only increased to 21.

Three of those blacktype winners earned their biggest successes in the USA, and they also include the dual Maryland Hunt Cup winner Vintage Vinnie and the smart Snow Court.

At the December National Hunt Sale in Goffs last year the eagle-eyed Warren Ewing spent €14,000 on a colt foal by Mahler (Galileo), the latest produce of the unraced Old Vic (Sadler’s Wells) mare Well Water. At that point the colt’s half-brother Noah And The Ark had won for the first time in the USA, and their half-sister was the listed-placed four-time winner Collen Beag (Mountain High).

Perhaps Ewing had checked out the pedigree closely and knew that Collen Beag, who was raced by Tony Slattery and won a bumper and three hurdle races in Ireland, is the dam of the smart point-to-point winner Anyharminasking (Getaway). He sold for €145,000 last year, and this year is a dual hurdle winner for owner Gay Smith and trainer Jonjo O’Neill Collen Beag has a number of younger stock that have sold well and are in good yards.

This is a female line that is full of good winners back in the third generation.

Well Mannered had two winners on the racecourse, the better of that pair being the Grade 3 Scottish Grand National winner Moorcroft Boy (Roselier). Her multiple point-to-point winning daughter, Well Over (Over The River), was even more successful at stud, breeding the Grade 1 Feltham Novices’ Chase winner Lord Of The River (Lord Americo) and the Grade 2 Red Mills Chase hero Ballistraw (Carroll House).