Leo Powell takes a look at the Richmond Stakes winner Royal Scotsman, classic success for Ameeta Mehra, and an emerging star from Germany 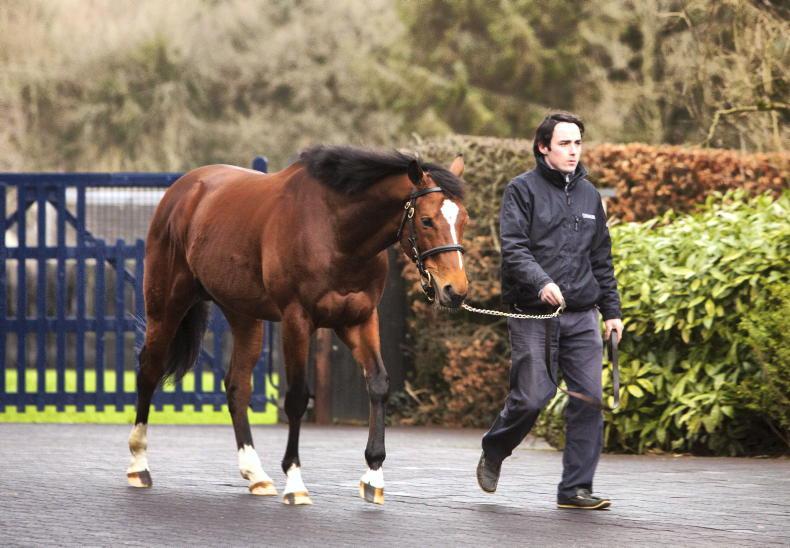 Gleneagles (above) is sire of the exciting Royal Scotsman \ Siobhan English 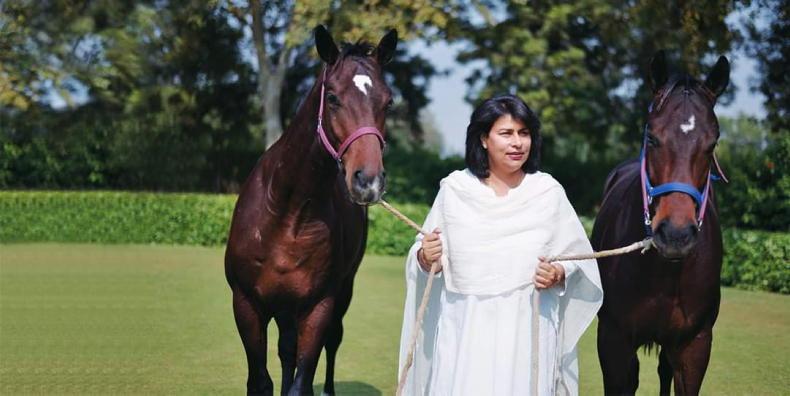 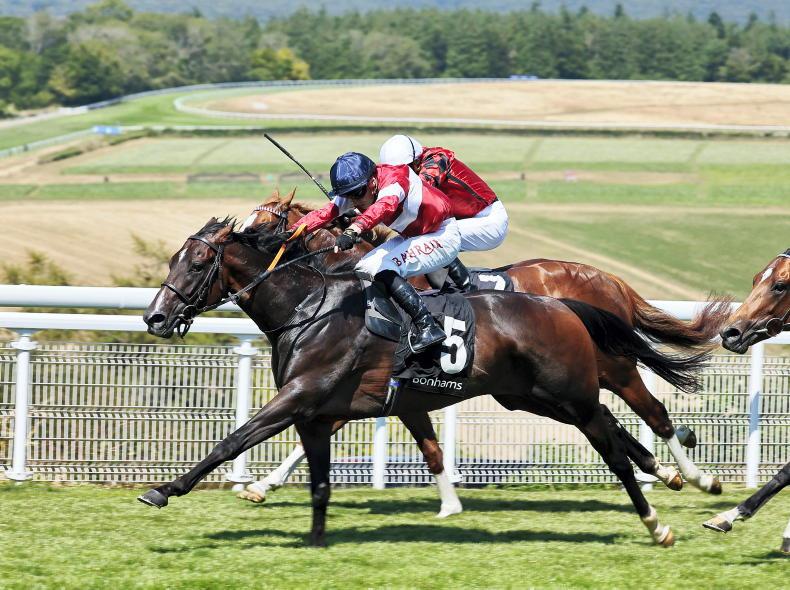 THE Group 2 Richmond Stakes has quite a reputation, not just for producing good winners, but also as a stallion-maker.

Consider that, in the past decade alone, it has been won by the likes of Shalaa, Mehmas, Land Force, Golden Horde and Supremacy. Impressive.

This time it was landed, in a record time, by Royal Scotsman, owned by Jim and Fitri Hay, and this Rabbah Bloodstock-bred son of Gleneagles (Galileo) is well on his way to rewarding the owners’ 125,000gns investment.

Using the services of SackvilleDonald to buy the colt, who was consigned to Book 2 of the Tattersalls October Yearling Sale by the Swinburn’s Genesis Green Stud, the couple are obviously fans of the sire, as they bred and race Gleneagles’ 2022 Grade 1 winner Highland Chief, successful in the Man O’War Stakes. He is from the first crop of the dual classic winner, and one of a pair of top-level winners Gleneagles has sired.

Rabbah Bloodstock bought Royal Scotsman’s dam, the Pivotal (Polar Falcon) mare Enrol, from Cheveley Park Stud for 50,000gns five years ago. She had just produced a two-year-old winner, Enrolment (Equiano), with her first foal. Enrolment was to sell cheaply as a horse in training before adding three more victories in Singapore.

Enrol, a three-time winner and stakes-placed a few times, had one other foal for Cheveley Park, but she was never named. Enrol’s first foal for Rabbah was Join Forces (Lethal Force), and she sold last year after winning once in England, and has added a further success now in Qatar.

Next up is the three-year-old Encountered (Churchill), a 160,000gns yearling who won last year at Doncaster on his second start, transferred to Hong Kong, and recently added a valuable win there.

Royal Scotsman makes it four from four, winners to runners, for Enrol, who is one of a dozen successful offspring from the winner Constitute (Gone West). That mare’s two most recent winners are colts bred in the Kingdom of Saudi Arabia, to where she was sent after Ibrahim Rachid paid 12,000gns for her six years ago. Her best runner, Enrol, is actually a full-sister to three winners, and they enjoyed a total of 26 wins in England, Italy and Greece.

While Royal Scotsman is the star of this branch of the family, it has a very fine taproot in Qui Royalty (Native Royalty), his fourth dam. A graded stakes-placed winner of five races in the USA, seven of her 10 winners were blacktype scorers, including the Richmond Stakes winner’s third dam, Appointed One (Danzig). She gained her stakes win in the USA, and bred, among her nine winners, a single blacktype winner.

Appointed One was a full-sister to the Lockinge Stakes, then a Group 2, winner Emperor Jones (Danzig), the Group 1 Middle Park Stakes-placed Majlood, and the Group 2 Richmond Stakes runner-up Qui Danzig.

However, all of their achievements were surpassed by their half-brother Bakharoff (The Minstrel), the best juvenile in Europe after he won the Group 1 William Hill Futurity at Doncaster in 1985.

SUCCESS is a byword in Indian racing and breeding for Ameeta Mehra’s Usha Stud Farm. In a little over four weeks, horses bred by the former Irish National Stud graduate made a clean sweep of the Bangalore summer classics, and in many cases took home most of the placings as well.

The broodmare band at Usha consists of a scarcely believable 99 mares, a fifth of which are imported. More than a third of the mares are by the farm’s seven-time champion sire, Multidimensional. That son of Danehill (Danzig) was bred in Ireland by the Niarchos Family and his five wins included the Group 2 Prix Guillaume d’Ornano over 10 furlongs at Deauville. Runner-up in the Group 2 Hardwicke Stakes, he was fourth in the Group 1 Irish Champion Stakes won by New Approach.

The latest star son of Multidimensional is the Bangalore Summer Derby winner Supernatural, and he also sired the runner-up Kings Ransom. Usha’s Speaking Of Which (Invincible Spirit) was responsible for the third-placed Mojito. Multidimensional doubled up when Theon added the Bangalore St Leger to previous wins in the prestigious Maharaja’s Gold Cup, Stayers’ Cup and the Indian St Leger.

Speaking Of Which, bred and raced by Moyglare Stud, won the Group 3 Gallinule Stakes in Ireland, but stepped up a division in the USA when he captured the Grade 2 Monmouth Stakes. He got his double of big race winners thanks to Mojito’s win in the Colts Championship Stakes, and he sired the first two home in the fillies’ equivalent, Philosophy beating Dangerous.

Supernatural is a true Usha homebred, and the colt’s dam and grandam are also by stallions who enjoyed great success at the farm. The recent classic winner is the third produced by the unraced Psychic Light (China Visit), and all sired by Multidimensional. Psychic Force was first, winning the South India Derby, and he was followed two years later by the brilliant Immortality, successful in both the Indian Derby and Oaks. Immortality is now at stud in Usha and is in foal to Deauville (Galileo), the Grade 1 Belmont Derby winner.

Classic winners abound in the family, which traces back to Supernatural’s fourth dam Tina’s Way (Palestine). Placed in a maiden at Chester as a two-year-old in 1972, she made her way to India and her best offspring was Eminence (Grey Gaston), the Indian 1000 Guineas winner.

She has established a great dynasty at Usha, her daughter Psychic Flame (Razeen), the grandam of Supernatural, numbering the Indian Derby, and the Calcutta 1000 Guineas, 2000 Guineas and Derby among her triumphs.

STALL Domstadt own and bred the Goodwood Group 3 Bonhams Thoroughbred Stakes winner Rocchigiani, and this is a colt who could well fly the international flag even more prominently for German racing over a mile as the season goes on.

A Group 3 winner as a juvenile in Germany, Rocchigiani was runner-up in the Group 2 Mehl-Mulhens-Rennen (German 2000 Guineas), and was not disgraced when fifth in the Jersey Stakes at Royal Ascot in June.

Bred by Dr Till Grewe, who races the son of Time Test (Dubawi), Rocchigiani is one of six winners from his dam Ronja, a listed winner in Germany in the same colours. Before you start thinking this is one of those German lines with all the horse’s names starting with the same letter, then think again.

In fact, Ronja was bred in the USA and sold as a yearling to the German International Bloodstock Agency for $50,000 as a yearling.

A daughter of El Corredor (Mr Greeley), Ronja has gone on at stud to make her presence felt around the world, her half a dozen winning progeny visiting the winners’ enclosures in Germany, France, England, Qatar, Belgium and the USA.

She has two stakes-winning sons, the other being Ross (Acclamation), and he travelled outside Germany for his principal performances, winning a listed race in Deauville and finishing second in the Group 2 Godolphin Mile, only beaten a neck.

A Group 2 winner at Newmarket and York, and Grade 1 runner-up twice in the USA, the National Stud’s Time Test has made a very solid start at stud, his first crop of European three-year-olds containing four stakes winners now, while his initial New Zealand-conceived crop includes another.