Leo Powell recounts the unusual tale behind the breeding of Sparky May, now the dam of a Grade 1 winner 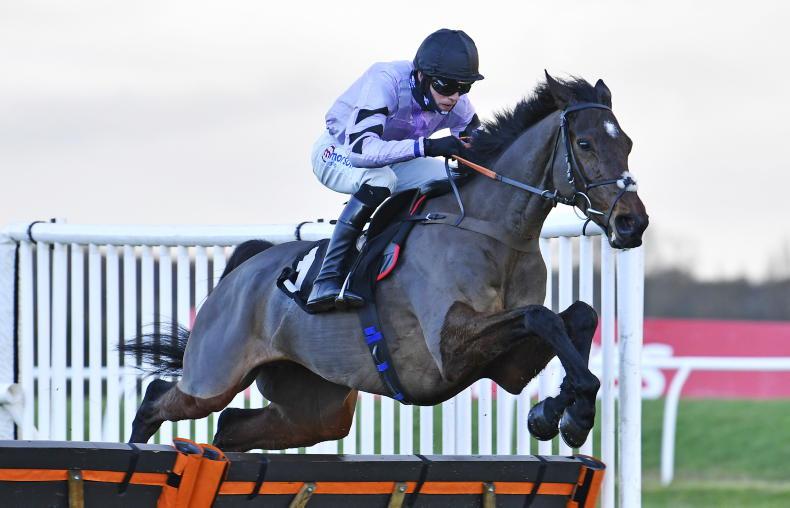 DESTINED to have been a showjumper, Sparky May instead became a leading racemare, running for her breeder Bill Muddyman and trained for her four successes by Pat Rodford. She was a true fairytale story.

Muddyman purchased three mares in the USA for breeding purposes, all having been successful in the show jumping arena.

Having brought them to England he decided that one of the mares, the only thoroughbred, should be given a chance to produce a racehorse. Sent to Midnight Legend (Night Shift), she produced a filly who almost died, save for some 2 a.m. heroics by Rodford.

On a miserably wet night, the trainer went out at that godforsaken hour to check on stock when he found the filly foal, lifeless and 20 yards the wrong side of an electric fence.

His instinct rather than reason kicked in and he attempted to drag her back under the fence. Sparks literally flew and Rodford got the brunt of the clout from the electric shock.

Move forward, and when it came to naming the filly she was christened Sparky May. She caused a sensation of sorts on her racing debut, only beaten by Banjaxed Girl thanks to veering all over the track when the steering controls failed.

While she did not manage to win after that on the level, a switch to hurdling showed what she was capable of and she beat Carole’s Legacy in a Grade 2 mares’ hurdle at Ascot.

Only Quevega stood between Sparky May and a win in the then Grade 2 David Nicholson Mares’ Hurdle at Cheltenham, and she acquitted herself well when facing Grade 1 competition in the Sefton Novices’ Hurdle at Aintree, finishing third in a 19-runner field.

Now at stud, Sparky May is creating a lineage of her own, the family having missed out on a couple of generations. Her second foal, Lanspark (Milan) won over hurdles last March, but that pales into insignificance thanks to the year younger Stage Star, a son of Fame And Glory (Montjeu).

He has won or placed on all his seven starts, adding an unbeaten sequence of three wins over hurdles to a bumper success.

His most recent start saw him land the Grade 1 Challow Hurdle at Newbury, but it shouldn’t be forgotten that he had been placed in Grade 2 and listed bumpers. He cost Tom Malone €60,000 at the 2019 Goffs Land Rover Sale, and has already amassed as much racing.

This Grade 1 result will also be good news for the owners of Sparky May’s first produce, Primo Scintilla (Milan). She ran without success in three point-to-points and her first foal, a colt by Wings Of Eagles (Pour Moi), sold for €12,000 to Aidan Murray of Castleboy Farm in November – the man who also bought Next Destination as a foal.