Title: BREEDING INSIGHTS: When not selling is a blessing

Leo Powell has a number of stories concerning winners this week, and three new National Hunt stallions in Ireland 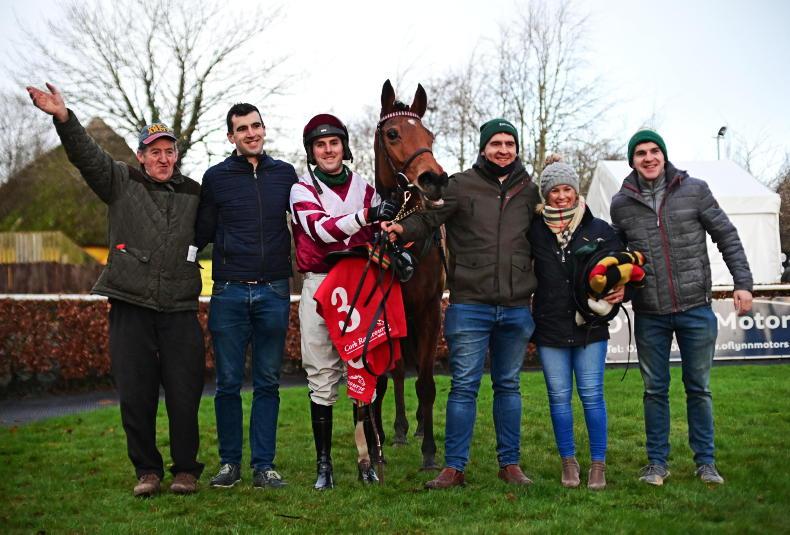 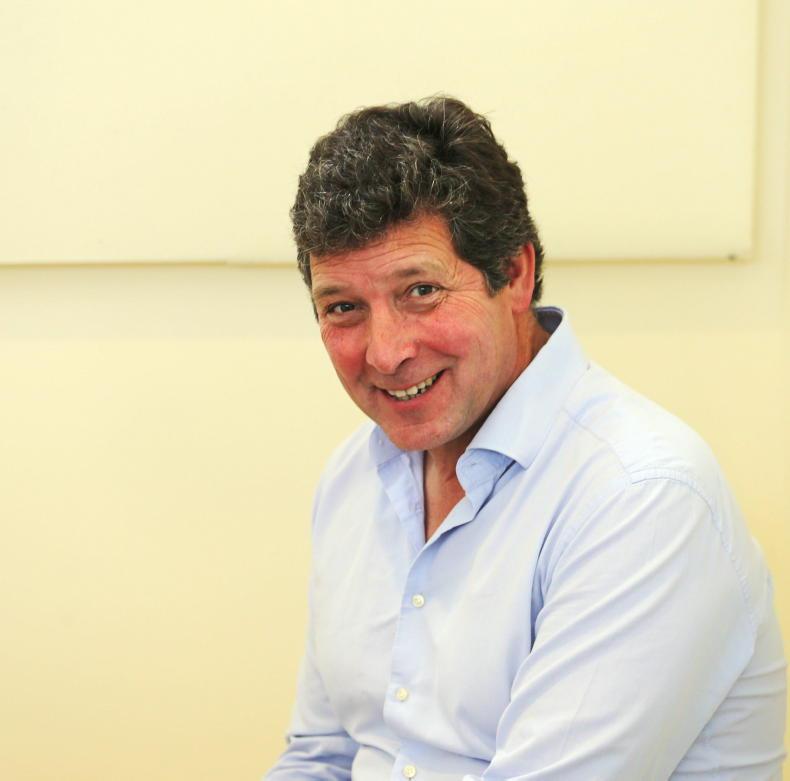 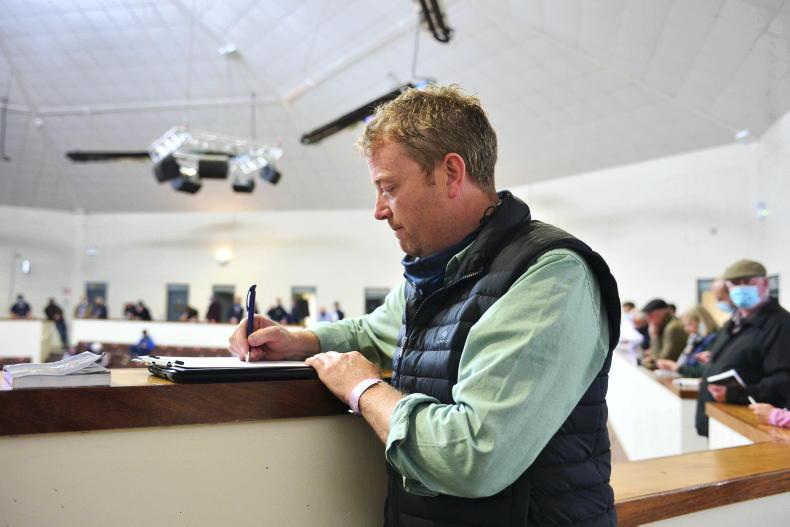 DAYS after Bandon, Co Cork owner and trainer Padraig Butler won a point-to-point last month with Fons Vivus (Fame And Glory), he offered the then five-year-old for sale on the Tattersalls Online platform, but there were no takers and she was listed as being unsold at 28,000gns.

Given what mares with lesser pedigrees are making, this was a disappointment I’m sure.

Well, Padraig is smiling again after last weekend’s Irish Stallion Farms EBF Mares (Pro/Am) INH Flat Race at Cork where Fons Vivus was a most comfortable winner from eight rivals, and I imagine the telephone was ringing afterwards. As a bumper and point-to-point winner, who has never run badly in five outings, and she has real racing appeal.

Bred by the Doran family at Parkville Stud, Fons Vivus also has a good pedigree. She is the third winner for her unraced Master Willie (High Line) dam Another Shot, and her siblings include Final Nudge (Kayf Tara). Only a head stood between him and a blacktype win when he was denied in a listed chase by the Grade 2 winner Present Man.

Also placed in the Welsh and the Midlands Grand Nationals, Final Nudge won nine times and was runner-up over hurdles in a Grade 2 race at Cheltenham, beaten a length and a half by Unowhatimeanharry. Such small distances can make the world of a difference to a pedigree.

Another Shot had three winning half-brothers and their dam Sister Shot (Celtic Cone) showed little in a single outing over hurdles when trained by Charlie Brooks. She was always going to have a life as a broodmare, given that her full-brother Celtic Shot (Celtic Cone) had been saddled by Fred Winter to win the 1988 Grade 1 Champion Hurdle, though he later ended up with Brooks.

Celtic Shot’s dam Duckdown (Blast) won a couple of hurdle races and she too had a strong Cheltenham connection, her half-brother Clayside (Quayside) having captured the Arkle Chase there.

Brewing up a Storm or a Tornado!

VICTORY for Walk In The Storm in the EBF Mares’ National Hunt Flat Race at Newcastle on Saturday might have passed many by. The now five-year-old daughter of Walk In The Park (Montjeu) earned a measly £2,614 for her owners, Topspeed Thoroughbreds, but that is nothing compared to her value increase following the win.

Placed on her racing debut last spring, Walk In The Storm was somewhat disappointing on her seasonal reappearance last month, though that was in much better company. This time she made no mistake and won with some ease. In a recent column I mentioned that a victory would be important for the Ian Williams-trained mare, and now it has come to pass.

The next question must be – is she up to getting blacktype? Hopefully she will as she is one of the best-related National Hunt mares in training, and she even looks great value now for the €39,000 that Thomas Green paid for her at the Goffs Land Rover Sale two years ago.

At that time she could boast of being a daughter of a placed half-sister to Hurricane Fly (Montjeu), and a half-sister to the Grade 1 bumper winner Tornado Flyer (Flemensfirth).

Now she is one of three winners from Mucho Macabi (Exceed And Excel), and her half-brother has gone on to add the latest running of the Grade 1 King George VI Chase at Kempton to his six-race winning tally. Roll on Cheltenham.

Moore’s purchase was a wise investment

THE award for bargain of the week must go to JD Moore and his €4,000 spend at the Arqana Summer Sale in 2018 on a two-year-old daughter of the Group 1 St Leger winner Masked Marvel (Montjeu). This was a hugely disappointing price for the breeder who had retained her as a foal for €7,000.

At the time the filly’s dam Mandina (Saint Des Saints), a three-time winner over jumps in France, had not had a winner, but that was to change shortly afterwards when her daughter Exalting (Saddex) won on her second outing for Guy Cherel and was placed on her only other starts.

Meanwhile, Maskada joined Stuart Edmunds and the following year she was placed on both her starts in three-year-old bumpers.

Better was to come when Maskada won on her hurdling debut, and she would go on to win three times over the smaller obstacles and be there or thereabouts on almost every start she made. Her consistency was admirable, and this season she has had her attention turned to chasing. On her fourth outing over fences she won for the first time, the six-year-old landing the Listed Pertemps Network Mares’ Chase at Leicester. She was previously runner-up in a listed chase.

With earnings of more than €60,000, and with a blacktype success to her name, Maskada is now worth many multiples of her original purchase price. Hopefully there is more to come from Maskada herself, and she has a three-year-old half-brother, Mandinko (Kamsin), who should see the track this year.

New additions to the ranks

THREE new sire additions to the ranks were announced in recent days. Tom Meagher in south Tipperary’s Kedrah House Stud welcomes Rich History, an incredibly well-bred son of Dubawi (Dubai Millennium), to join Well Chosen and Berkshire. He will start at an introductory €3,500.

A multiple winner in Qatar, he is one of 10 winners from the Danehill (Danzig) mare Polished Gem, seven of which won at stakes level. Her best offspring are the dual Group 1 winner Search For A Son (Galileo) and the Group 1 winner and successful young sire Free Eagle (High Chaparral).

There was no hiding the stallion master’s delight this week. He said: “It is his unique pedigree that makes him such an ideal stallion. Rich History is a big 16.2 hands, and is a very good-looking, athletic horse. His pedigree has incredible depth, and this surely makes him the most desirable dual-purpose stallion standing for his first season at such a reasonable introductory fee.”

Over in Co Kilkenny and Michael Shefflin’s Annshoon Stud sees two newcomers for the 2022 season. A son of Sholokhov (Sadler’s Wells), Night Wish was a Group 3 winner in France, a listed winner in Germany, and he was twice placed at Group 1 level. His first crop are just four-year-olds and among those 34 foals are three winners, notably the listed Auteuil hurdle winner Odagio. Night Wish will stand at €4,000 and there is a 50% concession for fillies.

The same discount will apply to Saintgodrel who will stand for €2,500 in 2022. He is the first son of Saint Des Saints (Cadoudal) to be available to breeders in Ireland. Saint Des Saints is the preeminent National Hunt sire in France and in these parts we know him best as the sire of Protektorat, Burrows Saint, Djakadam, Quito De La Roque and Quel Esprit.

The lightly-raced Saintgodrel is out of the smart racemare Loumie (Loup Solitaire) and her 12 wins over jumps included a pair of listed races. She was runner-up in both the Grade 1 Prix Renaud du Vivier 4YO Hurdle and the Grade 1 Prix Maurice Gillois 4YO Grand Steeplechase.