Kate Jackson bred two horses who both completed Badminton this year, including the 2019 winner Vanir Kamira who placed fourth 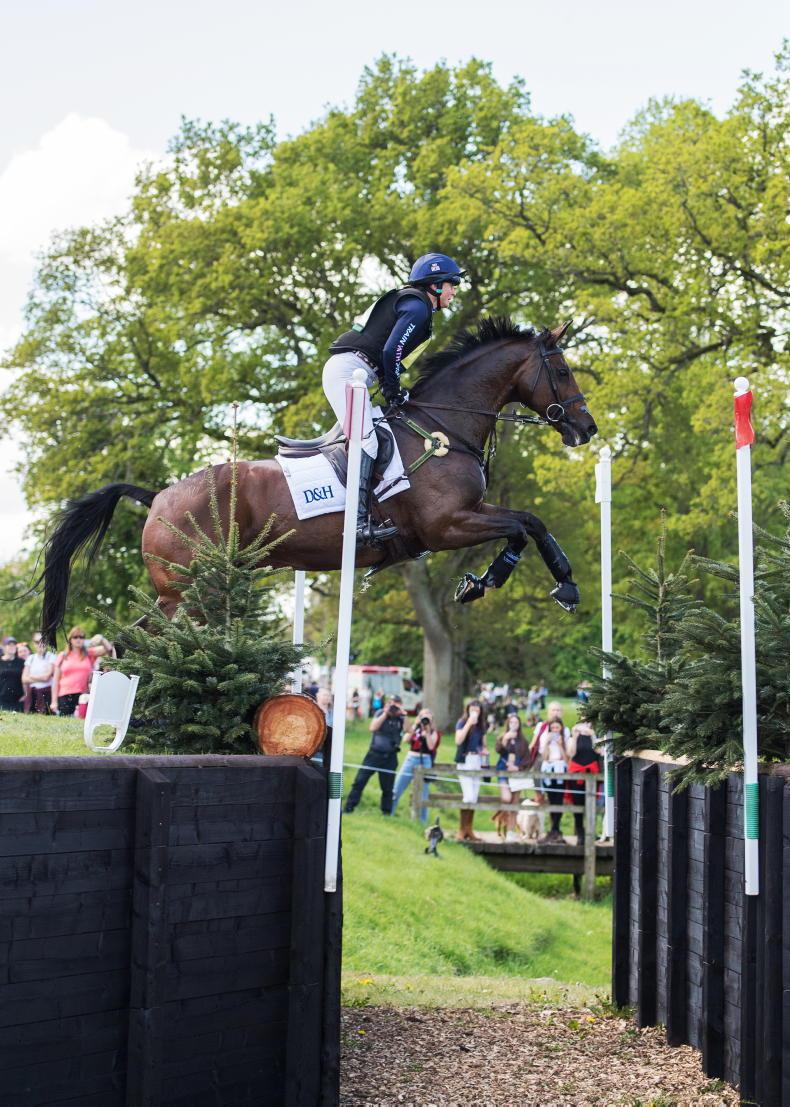 IT’s every eventing horse breeder’s dream to have a Badminton runner and many downed tools to watch their horses online. Some went along to watch in person, including Kate Jackson.

Not only did she breed two Badminton horses this year but three years ago, one of the pair - Vanir Kamira - secured Piggy March’s historic first win from 25 Badminton starts.

The second Jackson-bred to compete at Badminton this year was Creevagh Silver de Haar, closely-related to the 2019 winner. For starters, this 13-year-old gelding is also by the same Zangersheide stallion Camiro de Haar Z. Bought as a two-year-old by Monaghan man Ronnie Hollinger, Camiro de Haar Z was sold in 2018 to Canadian owner Leslie Jenkins and moved to France.

Vanir Silver River, the dam of Creevagh Silver de Haar, is by the traditionally bred sport horse stallion Golden River and is out of Jackson’s Fair Caledonian, the dam of the 2019 Badminton winner.

Fair Caledonian, by the Belgian-bred thoroughbred Dixi, also made the move with Jackson, now Stevens, when she moved to Monaghan from Scotland in 1996.

Now living in Wiltshire with husband Al, Kate was amongst the spectators, where she found herself beside another top-five result breeder.

“I was there on Sunday and stayed around the collecting ring as I’d left it too late to get grandstand tickets,” Kate told The Irish Field this week. “I’ve always loved the buzz of the background every bit as much as the competition itself.

“I met the lady who bred Lordships Graffalo. We were both on our own watching the horses warm up and shared a quick hug!”

“It’s all very surreal,” she added about her achievement of breeding a pair of Badminton 2022 horses. “I thoroughly enjoy it all from a background seat. These horses would be nothing without their riders and owners. I only sowed the initial seeds.”

Creevagh Silver de Haar, with British rider Fiona Kashel, finished Badminton this year in 50th place. Incidentally, the same combination won the CCI2* at Ballindenisk five years ago when the runners-up were none other than a certain London 52 and Laura Collett!