TOP Ville Ben returned to winning ways when making every yard of the running to win the £26,015 Cazoo Hurdle on the first day of the Winter Million meetings at Lingfield.

A classy chaser at his best, he won the Rowland Meyrick Chase at Wetherby back in 2019 but having run in the Cotswold Chase after that, he was then off the track for 18 months with an injury.

Phil Kirby’s charge was still going well when falling in the Becher Chase at Aintree before a good third in the Rowland Meyrick under a big weight on St Stephen’s Day.

On his first run over British hurdles since April 2018, he was allowed to set steady fractions with Alain Cawley, before quickening the tempo going down the back straight on the heavy ground – describe by Jonathan Burke after the first as “heavy and gluey”.

On The Blind Side began to come off the bridle and struggle, but both the outsider Dan McGrue and Emitom were still in contention.

Once Cawley asked his mount for more, though, Top Ville Ben (6/1) pricked his ears, cleared the last well and went clear to win by two and three-quarter lengths.

Neil Hassall, co-owner, said: “It is his ground, isn’t it? He has shown it in the past but getting the ground like it is today isn’t always easy.

“It was a great decision and a brave decision by Phil to go back hurdling. He is a funny horse – he can trip over two barrels on the wrong day as he has shown. They put on great prize money, so why not?

“Truthfully, we would like to go to the Grand National with him. We thought, in the Becher, when he fell, he was loving it. He forgets to think where he is going. He has done it over hurdles at Haydock. He fell at Cheltenham in the RSA, he fell over in the Becher. He will fall over two barrels on the wrong day and jump over a 10-foot fence on a good day. That’s him.

“Whether we get the ground in the National, who knows. He might run at Doncaster in the Grimthorpe at the end of February.” Coral gave the winner a 50/1 quote for the Grand National.

Emmett Mullins’ Carrarea could only manage third after looking a threat before the last.

Sean Bowen rarely had a moment’s concern aboard the Harry Fry-trained six-year-old, who relished the heavy conditions, galloping his 11 rivals into the ground.

Plans are fluid for the Tolworth Hurdle winner with Harry Fry saying: “That was the real Metier. He just loves this ground and we knew the conditions would suit him. He is in the Betfair Hurdle at Newbury, but we will have to look at the ground, as he loves it like this.”

The opening mares’ novice hurdle went to the positively ridden Love Envoi (11/2) under Jonathan Burke. She was making it four in a row for the Harry Fry stable in beating Nurse Susan by six lengths. The other fancied mare, Rainy Day Woman, was pulled up. The winner got a quote of 16/1 for the Mares’ Novice Hurdle at the Festival.

Venetia Williams and Charlie Deutsch have been in terrific form of late and Fontaine Collonges came home clear in the Mares’ Novices’ Handicap Chase over two and a half miles for her second win of the season.

“She was giving me a lovely spin, measuring her fences very well. She went through that ground really well, she was just a bit backing off at Cheltenham the last day,” reported the jockey, who went onto complete a double for his boss with Frero Banbou in the next.

The final race went to Gary and Jamie Moore when Zhiguli (16/5) came home clear by four and a half lengths in the two-and-a-half-mile handicap chase. 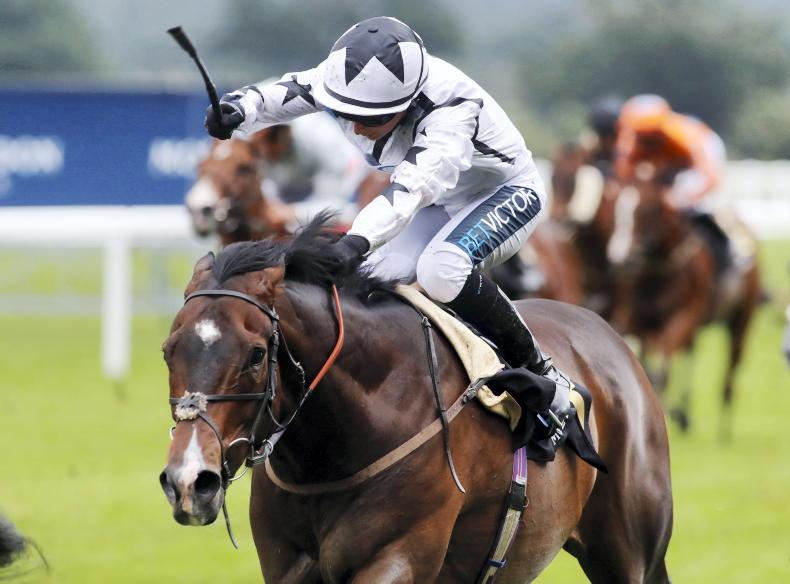 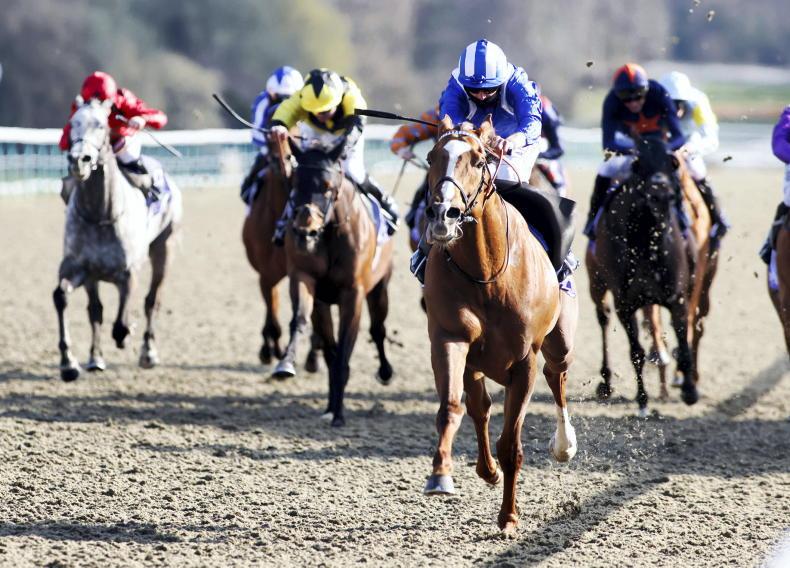 LINGFIELD FRIDAY: Khuzaam turns on the style
Khuzaam and Bangkok were the big winners on All-Weather Championships at Lingfield 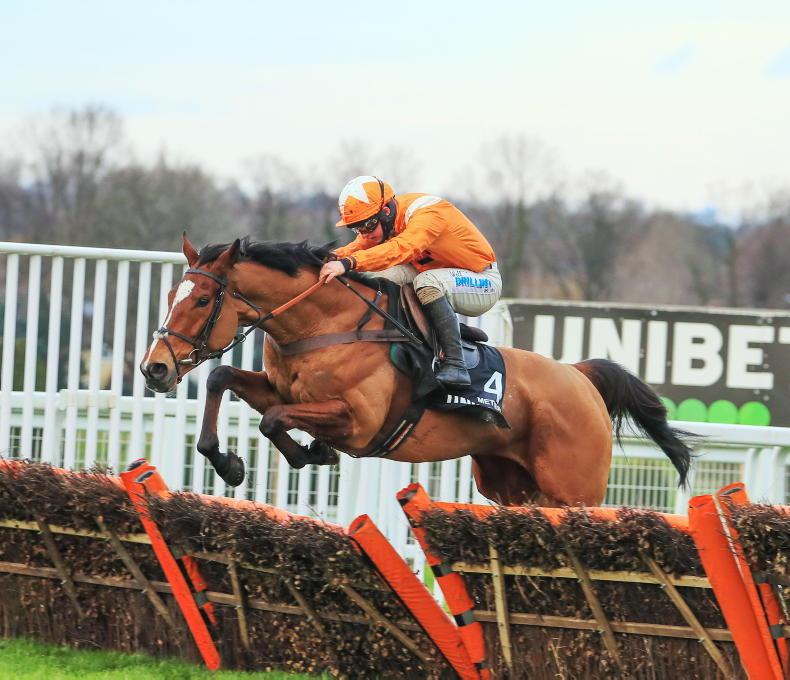 BRITAIN: Metier to sidestep Betfair and head straight to Cheltenham
The Tolworth Hurdle winner is the shortest priced British runner in the Festival curtain raiser 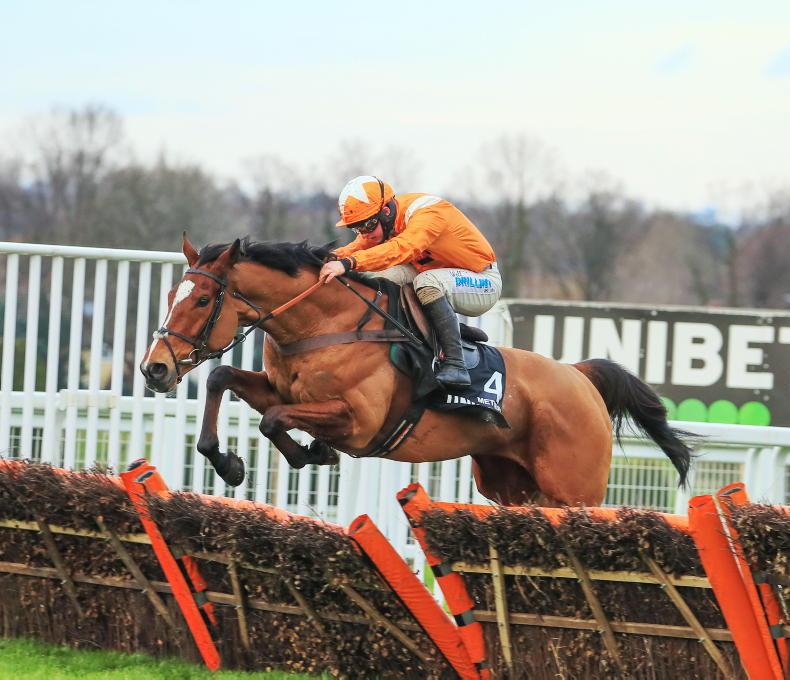 Irish Field Contributor
CHELTENHAM: Metier likely for Supreme date at Cheltenham
Harry Fry is leaning towards the Sky Bet Supreme for Metier rather than the Ballymore