Honeysuckle and Rachael Blackmore looked as good as ever in winning the Grade 1 Baroneracing.com Hatton's Grace Hurdle at Fairyhouse \ Healy Racing 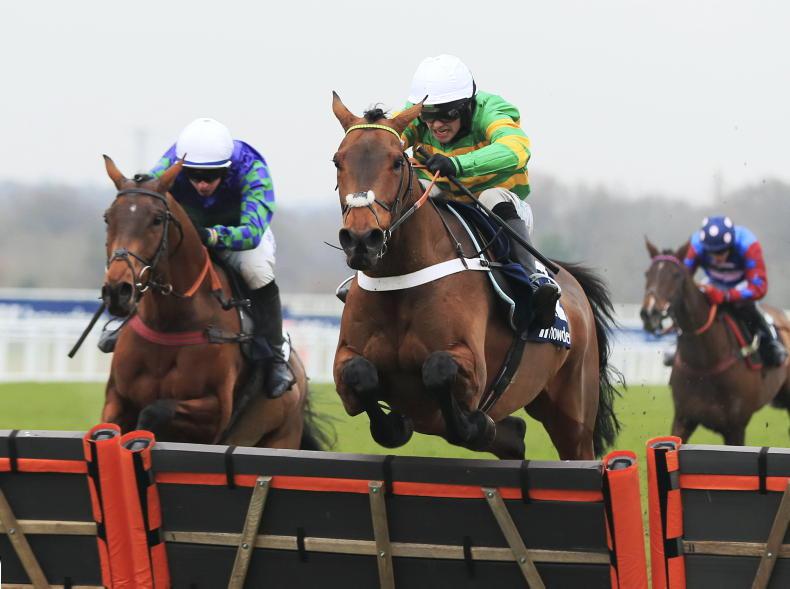 A SELECT group of 23 entries have been made for this year’s Unibet Champion Hurdle with last year’s dominant winner Honeysuckle standing apart as she is odds-on to retain her title. Reported to be “bigger, heavier and stronger” by connections this season, she had 10 rivals last year while a much bigger field of 17 took on Epatante in 2020.

There are 13 Irish-trained entries with Honeysuckle backed up by the runner-up in the last two years, Sharjah. The Willie Mullins-trained nine-year-old will be making his fourth appearance in the championship race and goes straight there after he won his fourth Matheson Hurdle at Leopardstown at Christmas. He would be the oldest winner since Hurricane Fly won his second in 2013.

Appreciate It is the dark horse from Closutton, with last year’s impressive Supreme Novices’ winner absent since that win and a novice chase campaign put on hold when he suffered a setback. He is available at around 8/1 second favourite.

Willie Mullins has also entered Saint Roi, an early fancy last year before he was well-beaten behind Honeysuckle in the Irish Champion Hurdle at Leopardtown but remains on many lists from his County Hurdle win in 2020. The mare Echoes In Rain is also given an entry.

The younger brigade are represented by the top two in the betting from last year’s Triumph Hurdle where Quilixios came home in front with the favourite Zanahiyr back in fourth.

Zanahiyr has made a good start to this season following up a Down Royal win with Grade 1 seconds to Sharjah in the Morgiana and the Matheson where he was only beaten a neck. However at current odds last year’s Triumph winner Quilixios looks value with 20/1 still available. He disappointed at Punchestown and also seemed below par when beaten by 12 lengths by Teahupoo at Naas. He looked more like the horse of last year despite being beaten by Teahupoo again at Limerick at Christmas where an over positive ride and bad ground saw him overhauled late. On better ground he can reverse those placings.

Two other five-year-olds of interest are the Gordon Elliott-trained Saint Felicien, impressive on his only Irish run at in a novice hurdle at Gowran in November, and Gavin Cromwell’s My Mate Mozzie, a dual wide-margin winner before his was second in the Grade 1 Royal Bond.

The British challenge is made up of two previous winners from the Nicky Henderson/JP McManus team in Epatante and Buveur D’Air.

Not So Sleepy shared the Fighting Fifth with Epatante, while Tommys Oscar threw his hat in the ring over Christmas in winning his third in a row at Musselburgh.

Aintree Grade 1 juvenile winner Monmiral disappointed in the Fighting Fifth and has been absent since.

The Close Brothers Mares’ Hurdle has attracted 28 entries with 16 of them trained in Ireland including the top six in the betting. Last year’s mares’ novice winner Telmesomethinggirl heads the markets ahead of recent Cheltenham winner Stormy Ireland, while Coral Cup and Pertemps winners Heaven Help Us and Mrs Milner and Leopardstown graded winner Royal Kahala give us a strong hand in a race won by Irish stables in 12 of its 14 runnings. The Grade 1 Paddy Power Stayers’ Hurdle has attracted 33 entries but the shape of the field will need a bit more action before March to dissect it as it contains many who current have chasing engagements.

King George last-fence faller Asterion Forlonge in an intriguing entry from Willie Mullins, who provides seven of the 17 Irish-trained entries headed by favourite Klassical Dream, impressive when beating Flooring Porter at Christmas and also include Melon, better known a chaser.

Champ returned to the smaller obstacles with a good win in the Grade 1 Long Walk before Christmas against many of his likely Stayers’ opponents.

The last three winners are engaged again but Flooring Porter aside, Lisnagar Oscar and Paisley Park don’t seem to be in the same form as in their winning years.

Flooring Porter’s trainer Gavin Cromwell has also entered Darver Star. Third behind Epatante in the 2020 Champion Hurdle, he found chasing not to his liking but returned to hurdles with an impressive win at Punchestown over the new year. 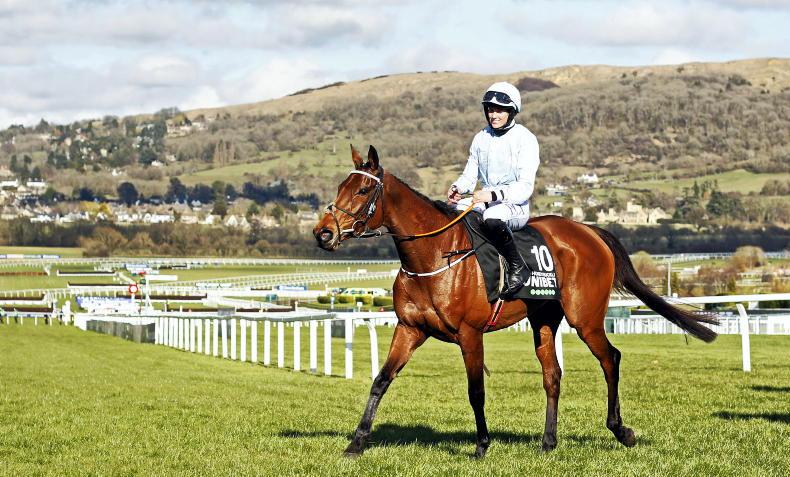 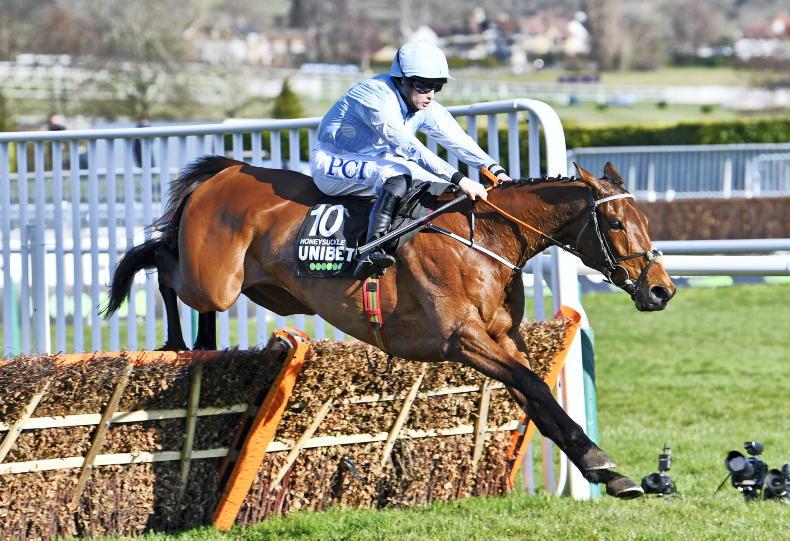 Irish Field Contributor
CHELTENHAM: CHAMPION HURDLE: Hail Honeysuckle the new Champion
The mare won by six and a half lengths clear from 2020 runner-up Sharjah, with last year’s winner Epatante another three lengths away in third place. 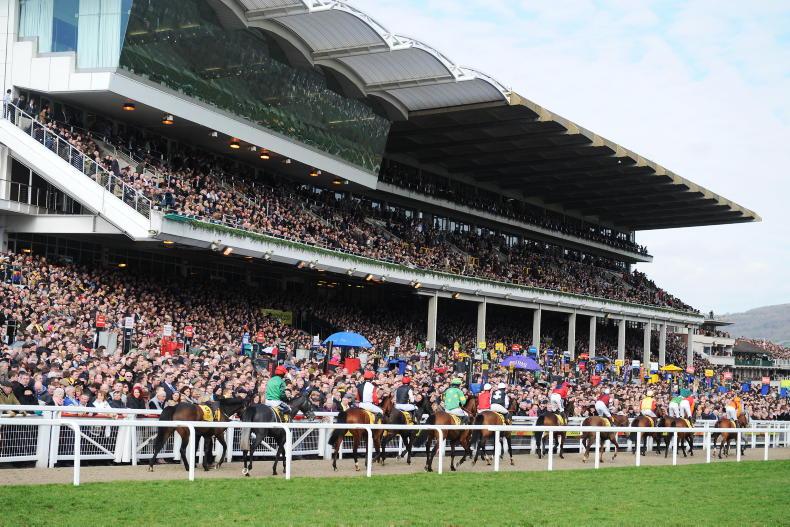