Jack Kennedy denies odds-on favourite, Ronald Pump, to bring his mount back to winning ways and land the feature at Cork on Monday 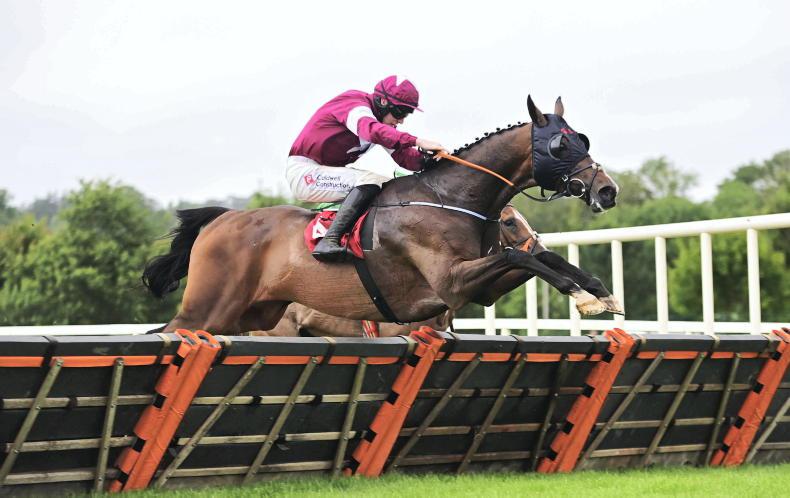 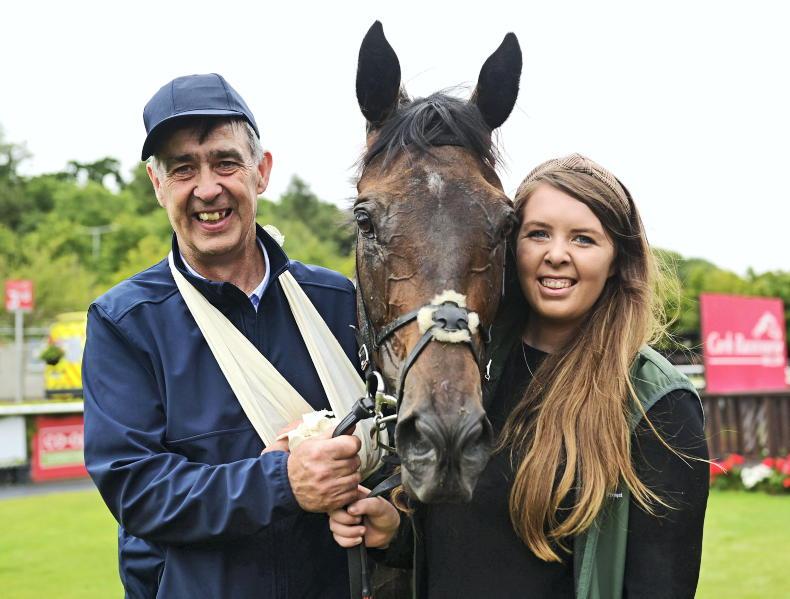 Just four went to post for this three-mile test after Macgiloney and Streets Of Doyen were both scratched due to a stone bruise, while Stratum was withdrawn by order of the stewards after Willie Mullins’ request to replace the injured Paul Townend with 7lb claimer Kieran Callaghan was not allowed.

The champion trainer was also fined €500 euro for ‘failing to comply with a reasonable request from a racing official’ as the stewards wanted a more like-for-like replacement.

The Gigginstown-owned Dallas Des Pictons (13/2) gained the latest of three previous wins almost three years ago but has been a regular at many big Festival meetings in the interim. Jack Kennedy’s mount hit the front after 2/5 favourite Ronald Pump made a slight mistake two out and he kept on well to beat that rival by a length and three-quarters.

Kennedy said: “It’s been a long time between drinks but he’s a horse with plenty of ability. He’s quirky and does his own thing but it’s nice to get his head back in front. I had enough horse but he’s the type when you go for him he downs tools. I tried something different on him, I pulled out of him and he started going.”

Ronald Pump’s trainer Matthew Smith went one better with Cassarina Gold in the bumper, but more significantly it marked a first success for his son, James Kelly Smith.

The 16-year-old amateur sent the 33/1 shot to the front early in the straight and soon took control to eventually score by two and a half lengths.

“The horses were all out of form and I had a few lined up for James to ride. He works hard around the yard and is a good little rider. I’m delighted to get him a winner and also for her owner Richie Sherlock,” said the proud Kilmessan trainer. “She ran well in a schooling race early on in the year but the horses then just weren’t right for a while. We had a few problems with rapeseed oil for a while and horses bleeding. She works well and I’m not overly surprised that she won.”

Ronald Pump’s rider Bryan Cooper also went one better elsewhere on the card as Sheishybrid was prominent throughout in the Mallow Mares Maiden Hurdle and got on top after the last to beat Still Ciel by three lengths. “I knew she’d come on plenty from (her hurdles debut) the last day. We’d done plenty of schooling at home and I knew today she was going to be a lot sharper,” said Cooper of the easy-to-back 9/2 shot.

“She’s a great fun horse for the owners (Jimmy and Sheila Owens and the Rockmore Partnership) and there are plenty of races to be won with her.”

Trainer bashed after fight with ‘Rocky’

LITTLE Big Rocky gave trainer Paddy Downey a hard time prior to the Fermoy Handicap Hurdle but connections had few worries during the two-mile-one-furlong event.

The well-backed 15/8 chance quickened up nicely after the last, under Conor McNamara, to beat Walnut Beach by a comfortable length and a half.

The Slane trainer, whose left hand was bandaged and in a sling, explained: “He knocked a tooth out of my head and busted my hand getting out of the box. There is nothing like that in him, he just got a fright. They wanted me to go for an X-ray but I persuaded the doctor to back the horse and she let me stay here until after the race!”

The Lane Syndicate-owned gelding was defying a 14lb rise for a previous win at Killarney, and Downey added: “Chasing is his game and we might go that way now. We’ll treat him as a good horse and see what happens.”

Battle Away, owned by Dan Rohan from Middleton who trained her to win a point-to-point, returned to a rousing reception after landing the Follow Us On Instagram Mares Handicap Hurdle. The well-backed daughter of Getaway was switched to Ross O’Sullivan’s yard this year following a very lengthy absence and made it two from two for the Kill trainer when drawing clear on the run-in for Jack Foley to beat Search For A Myth by four lengths. “My only worry was that she was off for so long and having two quick runs back but Ross has done a fantastic job on her and please God she will stay improving,” said Foley.

Watch The Weather, trained by Ray Cody for Sean Connors, made an impressive start to his handicap career with an opening mark of 94 proving no problem in the Kanturk Handicap Hurdle. The 10/1 shot took command from before the last under Rachael Blackmore to beat The Big Chap by seven lengths.

“I was worried coming here if the ground turned soft but Rachael said, early in the day, that the ground was good so we said we’d let him take his chance,” said Cody. “His jumping was always good but I just thought going that stride quicker might find him out. He’s in at Wexford on Friday and if he’s okay I’d say we’ll have to run him.”

Dorans Boy (14/1) showing a very willing attitude to land the Adare Manor Opportunity Maiden Hurdle, digging deep on the run-in for Gary Noonan to prevail by a neck from Viceregent. “It’s just taken a while for him to put it together. Hopefully he’ll progress from here and I’m delighted for his owner David Kelly who is a good supporter of the yard,” said Athea trainer Eoin McCarthy.