Title: CORK SUNDAY: Well treated Lacey looks the one to be on in Cork feature 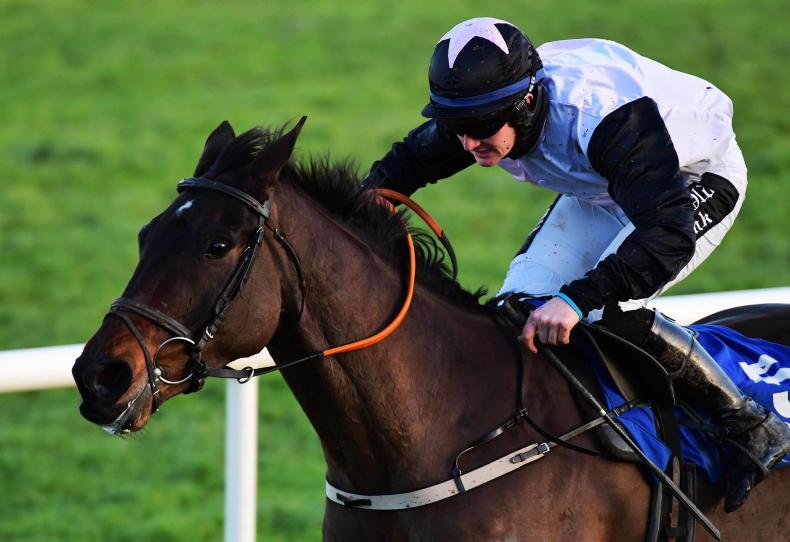 This can go to the improving Evergreen And Red. Noel Meade’s gelding has finished second on his last two starts but his latest effort at Naas was a progressive one, because he was closing in on the well regarded winner Celestial Horizon at the line, and had Douglas Dc behind him in third, with that runner franking the form by winning at Tramore this week.

He has 4lbs to find with Prairie Dancer but is less exposed than that Joseph O’Brien-trained horse, who ran very respectfully in the Boodles Juvenile Handicap Hurdle (eighth) and may be better suited to going right handed again today.

Gerard Kelleher’s Emily Roebling has been running to a good standard this season and was unlucky not to win on her penultimate start at Punchestown where she found just one too good having travelled nicely into the race. That was over two miles and six furlongs, and she was beaten further on her next start over three miles at Limerick, so it looks like the call to come back to today’s trip will be in her favour.

Eyre Square fell in the aforementioned Punchestown race but she ran to a good level on her latest start when she found only Sadie’s Pride too good at Wexford. She is a threat, as is Joseph O’Brien’s Vibrance who has run well on all three of her starts in maiden hurdles this season.

Ganapathi is a talented sort and he can get his career back on track with a win. He won his maiden hurdle over this course and distance last year and then after a runner-up finish in a Grade 2, his season didn’t go to plan. However on his last start of the season in a Punchestown Grade 1, he was about to launch a significant challenge to Gaillard Du Mesnil and Ashdale Bob before coming down at the last. He made his seasonal debut in the Coral Cup, no easy task given the conditions, but he still ran okay in 11th, and he should strip fitter now.

His stablemate Cash Back is an obvious danger and his straightforward style could be a big advantage in a race like this. He probably isn’t getting any better as a 10-year-old but sets a solid standard, while the mare Anna Bunina is also a danger after her Scottish Champion Hurdle win two weeks ago.

Next Best: Cash Back

Grand Paradis has been a little frustrating this season but this is probably his best opportunity yet to find a win over fences. He was pulled up in the Plate Handicap Chase at Cheltenham but prior to that he had strong beginners’ chase form, most notably chasing home the likes of Floueur and Blue Sari. This flatter track may suit him and a replication of his earlier effort levels this season should suffice.

The Priests Leap is another who can get involved, having strung together a few decent runs over fences, the latest when fourth in a Grade B handicap chase at Gowran.

Next Best: The Priests Leap

Last year’s Grand National winner Minella Times comes out best here at the weights but it’s clearly not ideal that he has three different letters beside his name, and Melon looks a more solid proposition. That statement contradicts with the win record of Willie Mullins’s chaser but he has been highly tried for much of his chasing career and often run right up to standard, most notably at Leopardstown where he has finished close to top-class chasers like A Plus Tard, Galvin and Kemboy. He could only manage fifth to Allaho in the Ryanair Chase, but this looks more manageable, and three miles around the flat plains of Cork should suit him well.

Minella Times was brought down way too early at Aintree to draw a formative conclusion as to how he would have fared. He is clearly a player but looks risky at a short price, given this quick reappearance. Darrens Hope will be a big price, but she goes well at Cork and could run on for some decent prize money late on.

Dinny Lacey looks attractively handicapped for this decent contest. James Motherway’s eight-year-old has shown good form over fences since the turn of the year, finishing third in the Tim Duggan at Limerick and most recently second to the well treated Minx Tiara at the same course last month. He has a rating of 135 over fences, but he can compete off 120 back over hurdles now, where he is unexposed with just four starts, having showed a useful level in maiden hurdles earlier in his career.

There are lots of dangers, not least Bread And Butter, who has performed consistently well in good handicap hurdles this season and was last seen hitting the frame again in a Grade B contest at Navan. Plains Indian was a wide margin winner of a maiden hurdle at Clonmel last time, recording a good time in the process, so he looks to be going the right direction.

With that said, the second vote goes to Georgette Fun, who caught the eye on her comeback run at Naas last time. Henry de Bromhead’s mare was coming off a 736-day break when fifth to Palace Rock there, and she would have finished closer but for meeting traffic on the turn in. This step up in trip should suit and while she has likely had a few setbacks, she clearly has ability, signified by a £100,000 price tag as a three-year-old.

A tentative vote goes to Sir Bob. Robert Tyner’s 10-year-old has done well over fences on his previous two starts, finishing third to the progressive Regina Dracones at Limerick and then finding only Balkito too good at the same track. He comes back over hurdles now, a sphere he has only had six starts in, the last of which was a win at Navan.

Martha Divine stayed on strongly to win her mares’ maiden hurdle at Punchestown in February and that form has taken a boost through the third Angels Dawn winning next time out. Paul Nolan’s mare only has two starts over hurdles so she is open to further improvement. Wild Hunt and Ballyadam Destiny are also two in-form horses who shouldn’t be discounted.

This may come down to a couple of Derek Kierans-owned runners, Hartur D’Arc and Grand Soir, with slight preference for the former. Both horses were reasonably expensive purchases from the point-to-point sector but Hartur D’Arc possibly ran to a higher standard on his debut, when sixth to Joyeux Machin at Navan. He was right a the business end until the final furlong there, and should strip fitter now. Grand Soir showed up well at Limerick, when second to Hunters Yarn, and should improve. 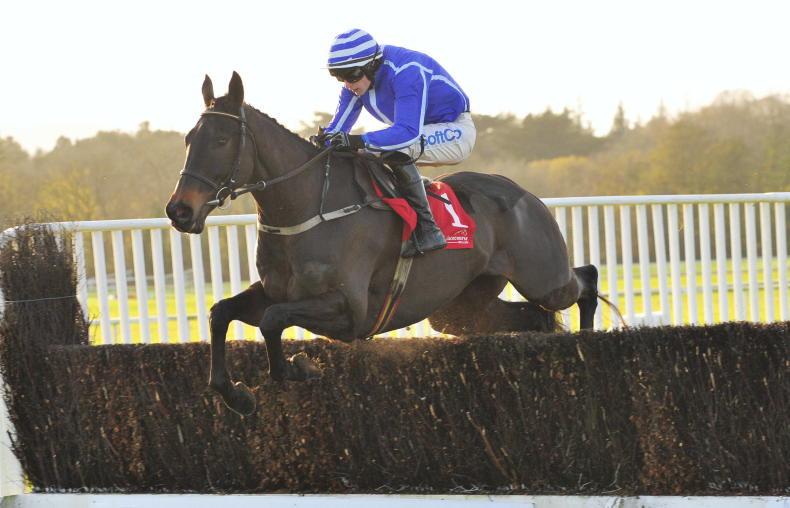 Irish Field Contributor
CORK SUNDAY: Energumene can build on his champion status
Killian Broderick previews the Hilly Way card where Willie Mullins' two-mile star should get off to a winning start to his season 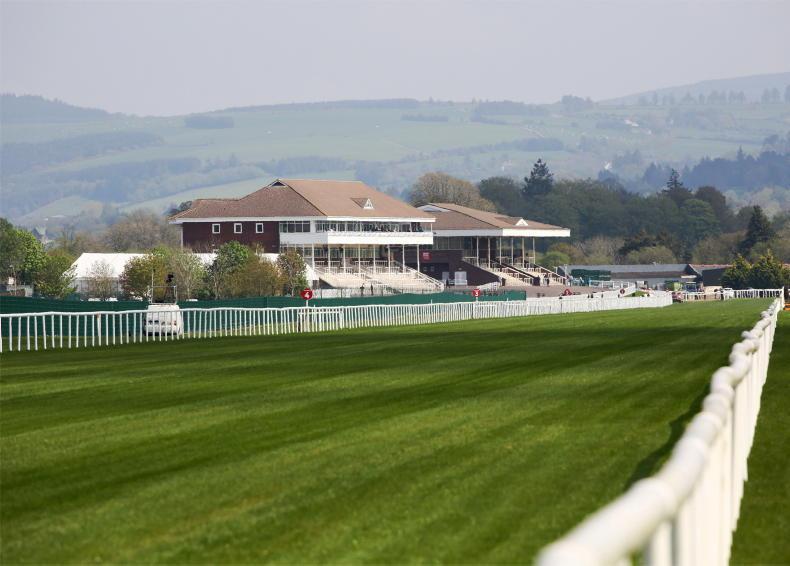 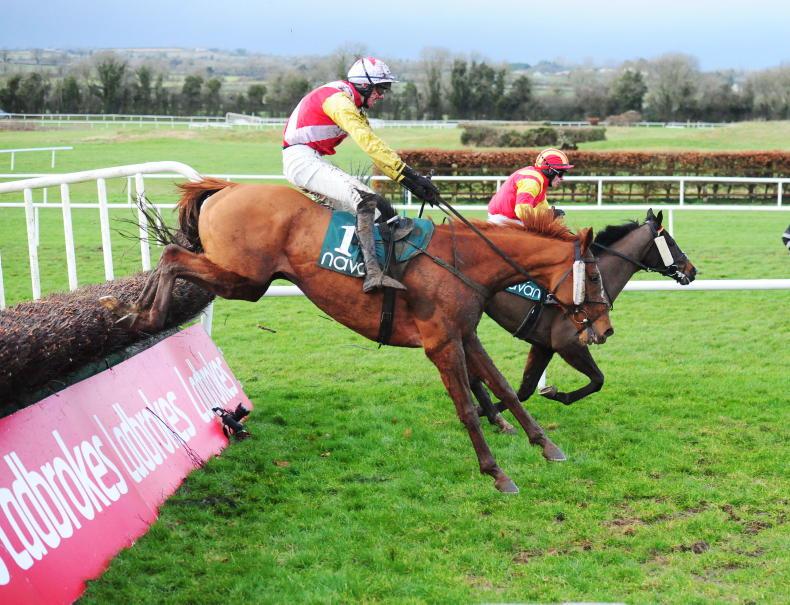 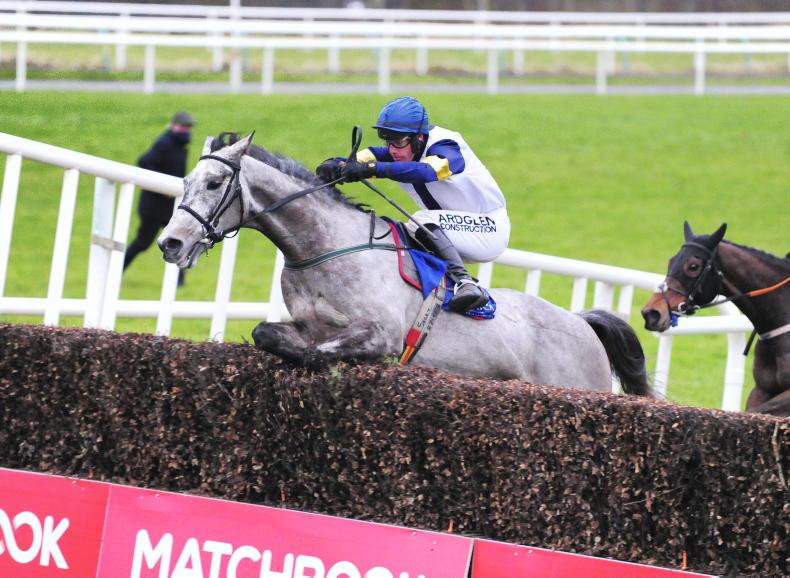 MARGIE MCLOONE: Chalky White bred by Mitchell
A first success over fences at Limerick for the 2014 Getaway gelding Chalky White who was bred at his Brentford Farm near Comber by David Mitchell