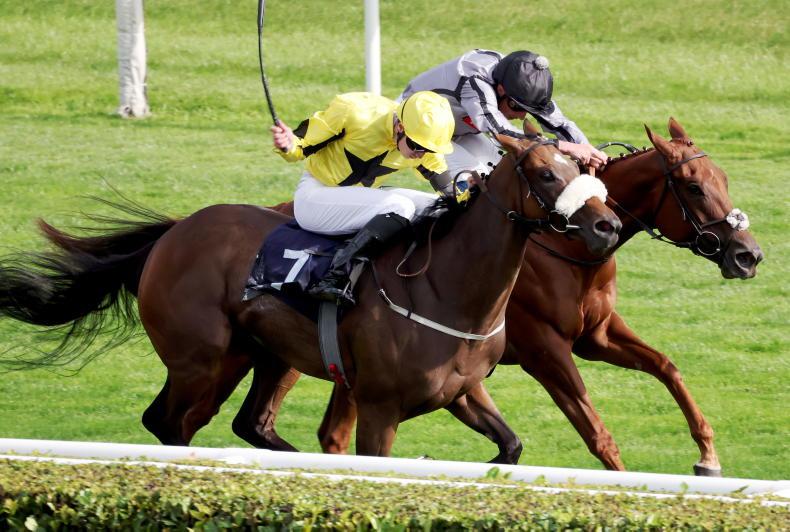 WITH nearby Catterick having raced on heavy ground the day before, it was expected that Doncaster’s St Leger meeting would begin on softish going, but the consensus among the experts was that the going on the opening day was on the quick side of good, despite an official description of good, good to soft in places.

Main race of the day was the Group 3 Sceptre Stakes for fillies and mares, which saw a disappointing effort from favourite Novemba, but a fine finish between Bounce The Blues (Andrew Balding/Will Buick) and Umm Kulthum (Richard Fahey/Oisin Orr), which the former won by neck after a good tussle in the last furlong.

Rank outsider Romantic Rival (George Boughey/Kevin Stott) ran a career best to be third, a length behind the winner.

Bounce The Blues was the subject of support and went off the 5/1 joint-second favourite, justifying that confidence with a game win, belatedly breaking her duck for current connections.

A listed winner for Johnny Feane, she ran well to be third in the 2020 renewal of this contest on her debut for Andrew Balding, but despite a consistent profile, she had failed to add to her tally in 10 subsequent runs.

It’s easy enough to imply that this must have been a weak Group 3 for her to win but having been in the frame seven times in blacktype company for Balding and owner Barbara Keller, it would be churlish to suggest she was winning out of turn.

Umm Kulthum was unproven over seven furlongs coming into this contest, but she saw it out well having been a late withdrawal from the Betfair Sprint Cup at Haydock on Saturday due to the ground.

There is a decent race in her either at this trip or back at six furlongs before the season is out.

The Listed Scarborough Stakes went to the John Ryan-trained Manaccan, who was the subject of a late gamble into clear favouritism at 13/8 and proved too strong for his rivals after King Of Stars had set a strong pace.

Ryan Moore’s mount came through strongly at the furlong marker and drew away for a comfortable length-and-a-half success over Mo Celita (Adrian Nicholls/Frankie Dettori).

The winner has been earmarked by his trainer for the International Trophy over five furlongs at Newbury next weekend.