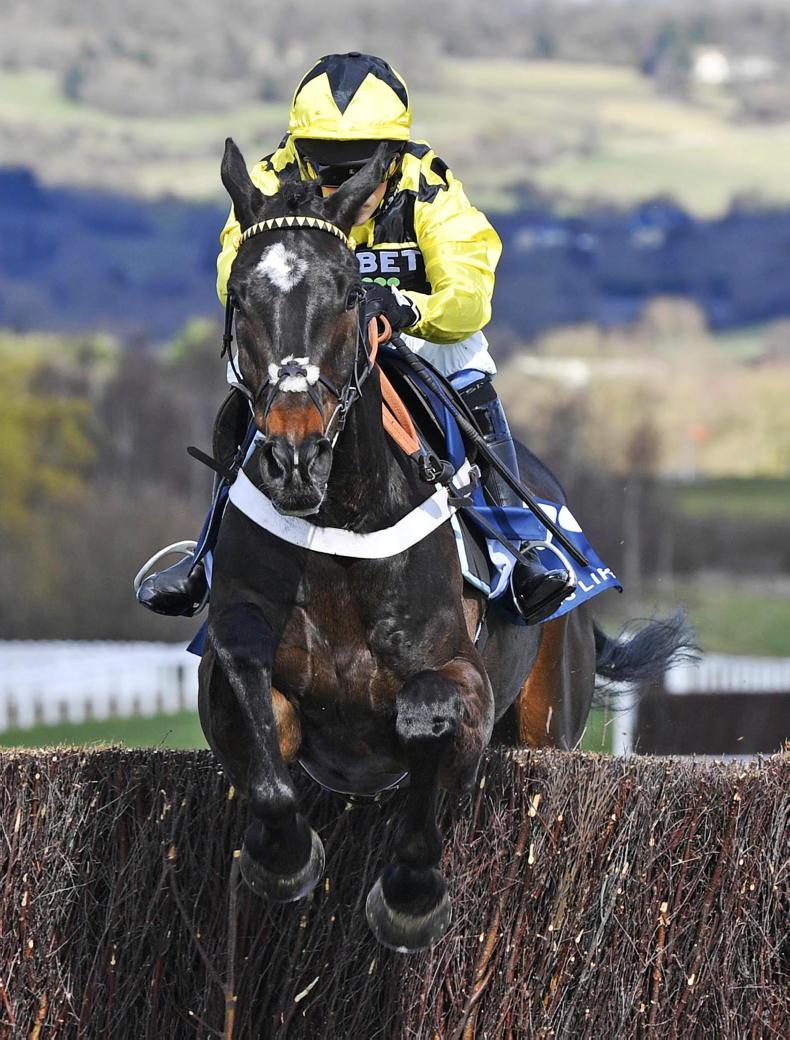 SO, Shishkin or Energumene? It’s a bit like, red or white, but not quite.

It’s not like Kauto or Denman either. Kauto Star and Denman were compatriots, stablemates, next door neighbours, even though you could never doubt the ferocity nor the veracity of their toe-to-toes. Arkle or Mill House? Not yet maybe. Bobsline or Noddy’s Ryde, or it would be if they were novices. Moscow or Azertyuiop maybe. But bigger, because it’s now. Because we don’t know the answer yet.

Energumene’s defection from the Arkle last year meant that the match had to be postponed. Or you hoped merely postponed, you hoped then that they would both make it back to Cheltenham for the 2022 Champion Chase. So today’s SBK Clarence House Chase at Ascot is an early arrival. It’s brilliant that the match is on.

It’s different too. Ascot in January is very different to Cheltenham in March. Right-handed and galloping and soft ground as opposed to left-handed and undulating and almost certainly better ground.

Interestingly, Bet365, who are betting non-runner-no-bet on the Champion Chase – so with the ante post uncertainty stripped out – bet 4/5 Shishkin for the Queen Mother, 15/8 Energumene.

At best prices on today’s race, you can bet 8/11 Shishkin, 13/8 Energumene. There should probably be a greater disparity between their respective odds for today and for the Champion Chase.

Shishkin is a monster, the Supreme Novices’ Hurdle winner, the Arkle winner, he has never been beaten over fences, and he looked great again in winning the Desert Orchid Chase at Kempton over Christmas on his seasonal return.

But two of the best performances of his life have been at Cheltenham, and he has never raced at Ascot.

Also, you can argue that the right-handed nature of Ascot could be a positive for Energumene. He is five for five going right-handed and, in the two chases that he won last season going left, at Naas and at Leopardstown, he raced towards the outside of the track, towards the right-hand side, where the better ground probably was.

Fundamentally, though, Energumene is a top-class two-mile chaser who, like Shishkin, still has the potential to go higher.

And he was very, very good in the Hilly Way Chase on his debut this season, first getting the better of Notebook, a 162-rated two-miler who had race fitness on his side, and then having enough in reserve to go away from Daly Tiger and Sizing Pottsie and Cash Back from the second last fence.

You can’t wait to see this race, it will fascinating to see how it unfolds but, if you have to have a bet in the race, at the prices, on the ground and at the track, Energumene is probably the more attractive bet.

Purely from a betting perspective, there is a better shape to the Peter Marsh Chase at Wetherby, because Empire Steel has the potential to be a fair bit better than the handicap mark of 143 off which he races today.

He is 3lb out of the handicap, his official rating is only 140, but he was running a big race in the Rowland Meyrick Chase at Wetherby on St Stephen’s Day off a mark of 141 when he came down at the fourth last fence.

Of course, it is impossible to know how he would have fared that day, but it looked like he was travelling at least as well as the ultimate winner Good Boy Bobby, who was raised by 4lb for his win to a mark of 146.

He meets the runner-up from that race, Lord Du Mesnil, on the same terms today, and the third horse, Top Ville Ben, went out yesterday and won the Cazoo Hurdle at Lingfield.

Empire Steel has raced just six times over fences in his life, he has a nice progressive profile going into the race.

And he proved that he could operate at Haydock on his penultimate run, his only run at Haydock, when he ran another progressive rival, Strictlyadancer, to a length and a half. He goes well on soft ground and, winner of his maiden hurdle over an extended three miles at Carlisle, he stays this three-and-a-quarter-mile trip well.

Royal Pagaille is obviously the one they all have to beat, he is a classy horse, he was second to A Plus Tard in the Betfair Chase last time and he was imperious in winning this race last year.

Lord Du Mesnil also comes into it, now that it appears that he has returned to form. Richard Hobson’s horse loves Haydock, his record there reads 1121, but he would probably prefer three and a half miles to today’s trip, or even heavier ground, or both.

Garry Clermont could be the answer to the SBK Holloway’s Handicap Hurdle at Ascot. Jonjo O’Neill’s horse’s first two runs this season have been at Ascot and, while he hasn’t won on either occasion, he has run well in defeat both times.

He looked set for victory on his seasonal debut when he went to his left and slowed going into the final flight, thereby opening the door for Captain Morgs and, while he rallied bravely, he just couldn’t get back up to beat Nicky Henderson’s horse, with the pair of them coming clear of their rivals.

Then last time, in the Betfair Exchange Trophy at Ascot’s Long Walk Hurdle meeting, he raced handily and around the inside for most of the way, in a race in which it was probably an advantage to race in rear and around the outside.

The first three finished nicely clear of their rivals that day, and the form of that race was enhanced yesterday when fourth-placed Metier ran out an impressive winner of the £100,000 Sovereign Hurdle at Lingfield.

The handicapper raised Garry Clermont by just 1lb for that run to a mark of 143, and that is more than fair. You can probably mark him up a fair bit more than that on the bare form of his run.

The step up to two and a half miles today should be fine, he stayed on well to win over two miles and three furlongs at Warwick last May. He is proven on soft ground and he goes well at the track, and he could run a big race.

• One of Donn’s two recommended bets last week, Caribean Boy, won the three-mile handicap chase at Kempton at odds of 9/2.