Title: DONN McCLEAN: This Kempton tip may have too much class

Donn is hopeful of two likely winners at Kempton and Warwick 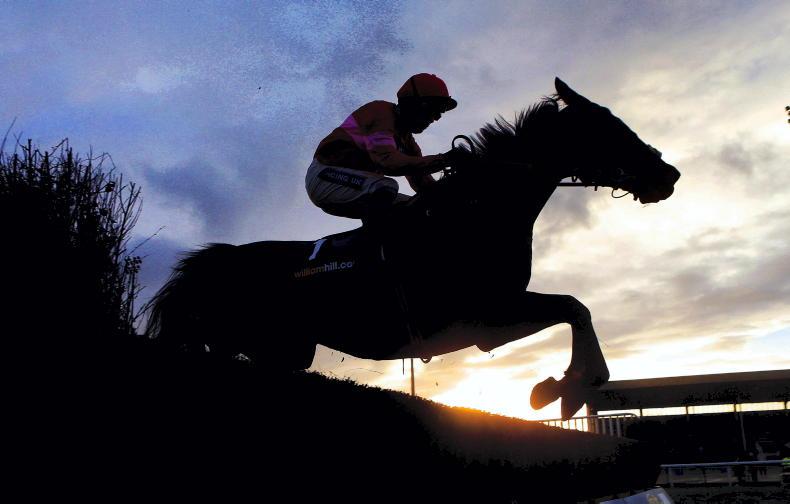 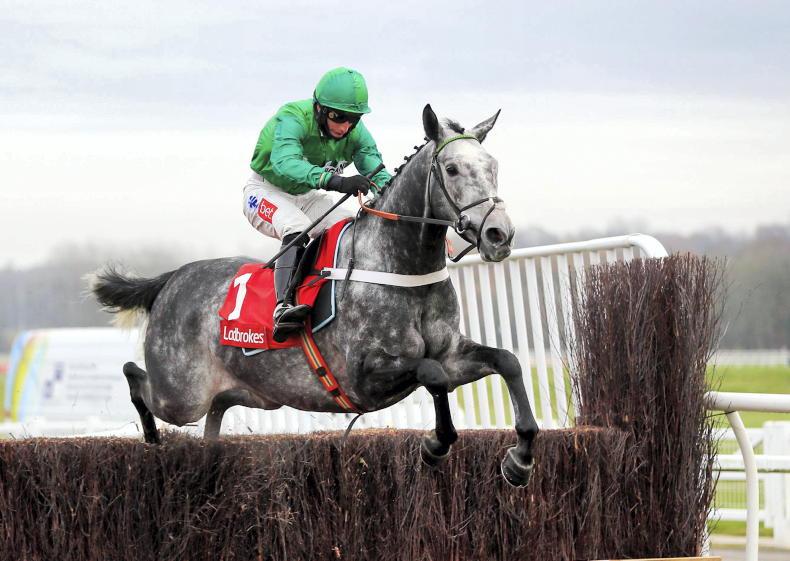 Caribean Boy can make up for his early exit last time out / Healy Racing.
Previous Next

CARIBEAN Boy got no further than the first fence in the Silver Cup at Ascot last month. It was an unfortunate fall, he jumped the fence in a crowd and it appeared as if he didn’t really have much landing room.

It was frustrating, not just because we had him on side, but also because we learned nothing from the experience.

A lot of the reasons for backing him then hold true for today, when he is set to contest the three-mile handicap chase at Kempton. He gets to race today off his Ascot mark of 145, and he remains potentially well handicapped on that mark, 9lb lower than his peak.

Nicky Henderson’s horse looked like a really exciting prospect when he beat Fiddlerontheroof and Getaway Trump in the Grade 2 Berkshire Chase at Newbury’s Ladbroke Trophy meeting last season, and it is disappointing on the face of it that he hasn’t won again since, but there have been mitigating factors.

He didn’t jump well against Dashel Drasher and Itchy Feet at Ascot on his next run, and, anyway, he was only beaten seven lengths by Dashel Drasher, who won the Grade 1 Ascot Chase two runs later and earned a rating of 162.

The two-mile trip at Sandown next time was surely too sharp, and he ran much better than his finishing position suggests in the Paddy Power Plate at the Cheltenham Festival in March. He missed the break from a standing start after the false start, and he did well to keep on as well as he did from further back than ideal in a race that was run at a sedate pace, and in which the prominent racers were dominant.

Then at Aintree in April, in the Topham Chase, he just didn’t have a cut at the big spruce fences.

His run in the Paddy Power Gold Cup at Cheltenham’s November meeting on his debut this season built on the growing impression that he would probably benefit from a step-up in trip to three miles. He has unexplored potential at the longer trip, and that makes him particularly interesting, racing off a mark that is 9lb lower than his peak. And the cheekpieces could elicit further improvement.

He has made it back to the racetrack before Daryl Jacob, who fractured a hip in the Ascot fall. Hopefully he will be back soon but, in his absence, James Bowen is a more than able deputy.

Bowen is a talented rider, who goes into the day with momentum – he won on his only ride at Catterick on Thursday and he won on both his rides at Sedgefield yesterday – and he is one for one on Caribean Boy.

Smarty Wild is a danger, he saw out the three-mile trip all right at Ludlow last time, and he goes well at Kempton, he put up one of his best performances in finishing third behind Donaine De L’Isle there in March, and he receives a stone from Caribean Boy.

Strictlyadancer comes into it if you ignore his latest run in the London National at Sandown, and Kitty’s Light is a progressive young stayer, who may even prefer a stiffer test of stamina than the test he is going to get today. That said, it may be that Caribean Boy will have the class to be able to give the weight to all his rivals.

Gericault Roque has been well-backed for the Agetur Ltd Classic Chase at Warwick on the back of his big run last time in the Mandarin Chase at Newbury, when he ran the talented and progressive Saint Palais to just over a length, with the pair of them coming well clear of Nestor Park.

He should be able to cope with a 6lb hike and, although he hasn’t won over fences yet, he is two for three over hurdles and he has the potential to go well beyond his chase mark of 133.

But he is short and he is stepping up to a marathon trip and he has never run at Warwick. Also, he is only six, and no six-year-old has ever won the race in its current guise.

Padleyourowncanoe is a very interesting contender. He was a progressive staying hurdler for Colin Tizzard three seasons ago, he won a Pertemps qualifier at Wincanton and he finished eighth in the Final at Cheltenham as a mere five-year-old.

He won his beginners’ chase over three miles at Exeter on his chasing bow and, a stayer on the flat, he ran well on his final run for Colin Tizzard to finish a close-up third behind Young Wolf in a three-and-a-quarter-mile handicap chase at Warwick in September 2020, and he would have been closer had he not made a mistake at the final fence.

Off the track for over a year after that, he returned in a handicap hurdle at Haydock last month, on his first run for Dan Skelton, and he ran well for a long way before fading to finish third behind Jesuitique. He travelled really well through his race that day and, while the winner kicked away from his field from the third last flight, Padleyourowncanoe moved into a clear second at the second last, before he faded on the run-in, just ceding the runner-up spot to Tokyo Getaway, as lack of a recent run probably took its toll.

That run should bring him on nicely for today, and he could be a well-handicapped horse over fences now. He gets to race off a mark of 135, 7lb lower than his peak over hurdles, but he has raced just five times over fences, and he has the potential to go beyond that mark now.

We know that he can operate at Warwick, and the step up to today’s marathon trip could bring about further improvement.

Achille did well to finish fourth in the Welsh Grand National last time after getting squeezed out of it badly at the start, and he is only 4lb higher than he was last year when he finished second to Notachance, while Notachance himself gets to race off last year’s mark. You can see both horses running well again but, at the prices, Padleyourowncanoe is the bet.