Title: DONN McCLEAN: This selection might put a Tingle in your Saturday 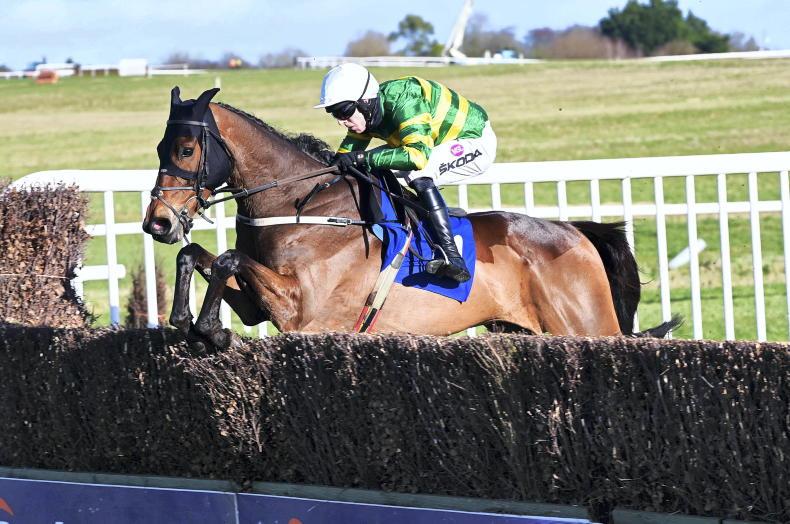 IT will be good to see Shishkin back in action today in the Betfair Tingle Creek Chase, all going well.

Nicky Henderson’s horse is obviously a serious talent, Supreme Novices’ Hurdle winner, Arkle winner, and he probably put up the best performance of his career when he beat Energumene in the Clarence House Chase at Ascot last January.

He does have to bounce back though after his abject performance in the Champion Chase last March.

That obviously wasn’t the real Shishkin and, after a good summer break, rare bone condition behind him and, back now, fresh and well, there is every chance that he can bounce back to his best today, or to near his best, and near his best could be good enough to win.

Remember that he beat Greaneteen by 12 lengths when they met in the Desert Orchid Chase at Kempton last December.

But Greaneteen is a better horse now than he was then. Paul Nicholls’ horse won the Celebration Chase on his final run last season and he won the Haldon Gold Cup on his first run this season. And this is Sandown, Greaneteen at Sandown. He loves it there.

He has run there four times and he has won there three times: two Celebration Chases and last year’s Tingle Creek. And he goes into the race in good form.

He will probably come forward from his Haldon Gold Cup win, and you can argue that he should be closer to Shishkin in the betting than he is.

But you can also argue that Gentleman De Mee should be a fair bit closer to both of them than he is. Willie Mullins’ horse was a decent hurdler, but he has morphed into a potentially top-class two-mile chaser.

He ran much better than his finishing position suggests in the Kilashee Hotel Handicap Hurdle at the 2021 Punchestown Festival on his last run over hurdles, he made good ground on the outside and led into the home straight before he weakened, and, after finishing behind better fancied stable companions in his first two chases, he won his beginners’ chase at Thurles last February.

He made all the running that day, as he did when he followed up in the Grade 3 Flyingbolt Chase at Navan in March, and as he did again in the Grade 1 Maghull Chase at Aintree in April.

He was very good at Aintree, his jumping was fast and accurate in the main. He got the cross fence a little wrong, and he got in tight to the second last, but there was a lot to like about the manner in which he picked up after that.

He flew the final fence and he kept on strongly up the run-in to beat Edwardstone by four and a half lengths.

There is a chance that Edwardstone under-performed a little that day, it was his seventh run of the season, just three and a half weeks after he had won the Arkle. But he may not have been that far below his peak, and he finished 11 lengths clear of the 153-rated Third Time Lucki. It was a big performance by J.P. McManus’ horse to win as well as he did.

Gentleman De Mee does have to come forward from his defeat on his seasonal return in the Poplar Square Chase at Naas, he was a beaten horse when he unseated at the last, but there were plenty of positives to be taken from that performance.

He raced with his customary enthusiasm, again his jumping was very good in the main, and he stretched his rivals out down the back straight. He just tired in the home straight on the yielding to soft ground after expending plenty of energy early on.

Willie Mullins said after that race that he thought that the horse would come on appreciably for it, and the fact that he is sending him to Sandown for the Tingle Creek Chase adds ballast to that notion. Importantly, this could be an ideal test for Gentleman De Mee: two miles on goodish ground at Sandown.

His aggressive style of racing should be well suited to the track, a track that rewards pace and position.

You can see him rattling down over those fences in the back straight under Aidan Coleman, over the Railway Fences, and having his rivals on the stretch by the time he turns and faces up to the Pond Fence.

And he could have enough in reserve to get home from there.

Willie Mullins’ two runners in the BoyleSports Becher Chase at Aintree, Captain Kangaroo and Recite A Prayer, finished first and third respectively in the Cork Grand National last time, and both are interesting horses, both for today and with an eye on next April.

But, at a bigger price than both, Fantastikas is more interesting for today. Nigel Twiston-Davies’ horse only finished seventh in the three-and-a-half-mile handicap chase at Cheltenham’s November meeting, but that was his seasonal debut, and he ran better than that, he travelled well and he was prominent from early before he weakened on the run to the second last fence.

He should progress from that run, his seasonal debut, and he should appreciate the slight drop back down in trip today.

He ran a big race in a strong Ultima Chase at the Cheltenham Festival in March. The first two from that race finished third and fourth in the Coral Gold Cup last Saturday, the fifth Our Power won a handicap chase at Ascot on his debut this season, and the sixth Death Duty finished third in the Troytown Chase at Navan on Sunday. (And the ninth Noble Yeats won the Grand National, and the 12th Frodon won the Badger Beer Chase on his debut this season.) It is strong staying handicap chase form.

Fantastikas is only seven and he has run just seven times over fences in his life. He has plenty of scope for progression as a staying chaser, he has the potential to be better than the handicap rating of 141 off which he races today.

Also, significantly, Nigel Twiston-Davies has won the Becher Chase six times, more times than any other trainer, and it is probable that this has been Fantastikas’ target for a little while.