Title: DONN McCLEAN: Why I'm taking on Westover and Emily Upjohn in the King George 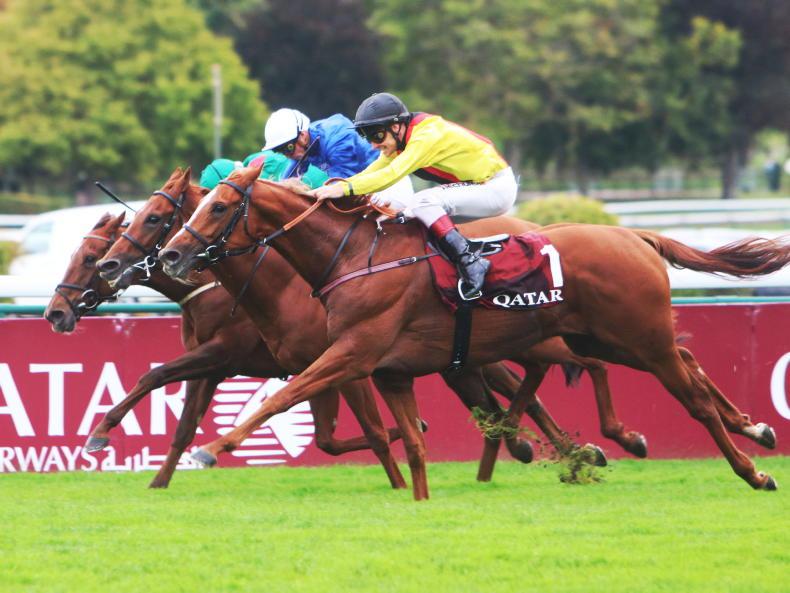 IT’S not the Derby re-match that we anticipated, it’s not the Sir Michael Stoute-trained Epsom victor against the fast-finishing Juddmonte Epsom vanquished, which is a real shame. We had that in 1986, when the Juddmonte colt Dancing Brave turned the Derby form around with the (Sir) Michael Stoute-trained Shahrastani in the King George VI and Queen Elizabeth Diamond Stakes.

The King George VI and Queen Elizabeth Qipco Stakes doesn’t quite have the same ring to it, diamond or otherwise, and Desert Crown’s defection does leave a Derby-winner-shaped hole in the race, but we still have a fascinating clash of the generations, despite the paucity of runners, and that is what has defined the King George for, well, generations.

The last six weeks have been frustrating for Emily Upjohn and her connections. First, she stumbles on leaving the stalls in the Oaks and is beaten a short head. Then her intended flight to Ireland for the Irish Oaks is foiled by a bird strike.

It could all be for luck because, unlike Enable, who won the King George two weeks after she had landed the Irish Oaks, it is unlikely that she would be in today’s line-up if she had been able to fly to the Curragh last Saturday. It’s only a seven-day gap this year, and that would surely not have been sufficient.

By contrast, Westover put his frustrations at Epsom behind him when he powered to victory in the Irish Derby, pulling seven lengths clear of his rivals under Colin Keane. Keane retains the ride today and, while he doesn’t know Ascot like he knows the Curragh, he is a world class jockey whose presence in a saddle enhances the chance of any horse, on any terrain.

Westover and Emily Upjohn could both be superior to their elders, but they have not proven yet that they are, and they are priced up as if they have. Actually, they both still have at least a little to find on official ratings. The two three-year-olds are rated to dead-heat, Westover is rated 3lb superior to Emily Upjohn and she receives the 3lb fillies’ allowance, but Mishriff is rated 5lb superior, Torquator Tasso is rated 3lb superior, Broome is rated their equal, and all three older horses are available at bigger prices than the three-year-olds.

Mishriff is the obvious alternative to the classic generation duo, he is the highest rated horse in the race, he is a triple Group 1 winner, he was seriously impressive in winning the Juddmonte International last year and he was unlucky in the Eclipse last time. That said, he is probably at his best over 10 or 10 and a half furlongs, better than he is over 12.

He did win the Group 1 Dubai Sheema Classic at Meydan in March last year but, when he ran in the King George last July, the only other occasion on which he has raced over 12 furlongs, it appeared that he was ultimately out-stayed by Adayar.

There are only six runners in today’s line-up but, given that Broome is one of them, as he was last year (one of five), you know that this is going to be a truly-run contest. You know that whatever wins it will have truly stayed the trip.

Broome is at least a little over-priced. He is six now, and Enable is the only six-year-old King George winner since Swain, but his Hardwicke Stakes win was up there with the best of his career, and you know that he goes well over the course and distance.

Of those factors, the only one that is of real concern is the ground one. True, he was a big price when he won the Arc but, with the benefit of hindsight, he shouldn’t have been as big as he was. Second in the German Derby as a three-year-old, he was impressive in winning a Group 2 race at Hamburg last July and, on his penultimate run before the Arc, he finished second in the Group 1 Grosser Preis von Berlin behind Alpinista, and in front of subsequent Grade 1 Canadian International winner Walton Street.

Alpinista had won her previous two races and has gone on to win her next three, all Group 1 contests.

It is difficult to argue too that he didn’t win the Arc on merit. He was keener than ideal through the early stages of the race and, from stall 12, he was wider than ideal throughout. He moved to his left too when he was asked to pick up early in the home straight, then he moved back to his right, but he stayed on best of all to get up and beat Tarnawa and Hurricane Lane, with Adayar and Sealiway and Snowfall just behind. It is rock solid form.

He was well beaten on his debut this season, but he was impressive last time in winning the Group 2 race at Hamburg that he won last year. That should have brought him forward nicely.

Very fast ground would be a worry of course, he has never raced on ground better than good, but he does go well on good ground, and that negative is factored into his inflated odds.

Danedream and Novellist (Magical Lagoon’s half-brother) won the King George for Germany 10 and nine years ago respectively, and there is a chance that Torquator Tasso can make it three from 11, a better chance than his odds suggest.

There is a chance too that Chiefofchiefs can win the Moet & Chandon International Stakes 35 minutes earlier. Charlie Fellowes’ horse is nine now, but he is in the form of his life, as evidenced by the performance that he put up in finishing fourth in the Buckingham Palace Stakes over today’s course and distance at the royal meeting.

He raced mainly over six furlongs last season, but he saw out the seven furlongs well last time, going down by just a length and a half in the end. Also, he won over a mile earlier in his career, and he won his maiden over 10 furlongs. This seven-furlong trip could be his optimum now.

He gets to race off his Royal Ascot mark of 96, which is 4lb lower than his peak, and, importantly, he goes well on Ascot’s straight course. Charlie Fellowes has had three winners from his last five runners, and, with Jamie Spencer on Bunbury Cup winner Bless Him, Colin Keane is a great booking. (See earlier.)

Chiefofchiefs’ high draw is probably an advantage. In the last five renewals of this race, 17 of the 20 places were filled by horses who were drawn 14 or higher.