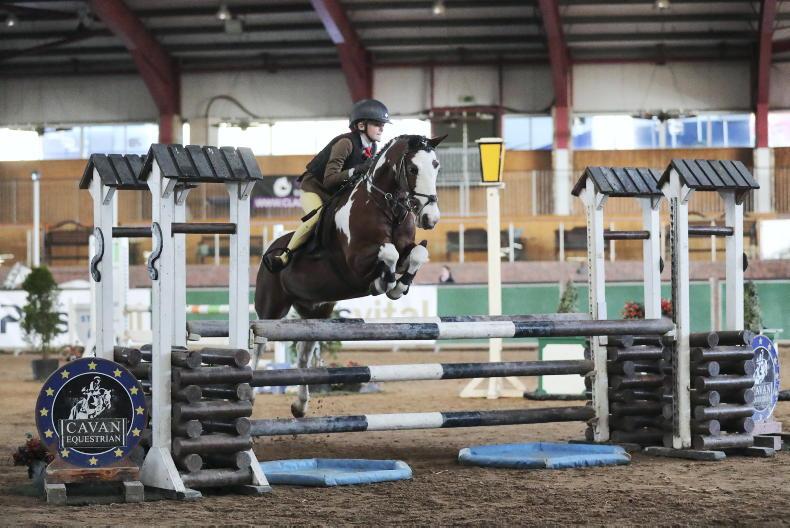 RATHDRUM’s Isla Coad only entered the South East Region’s NutriScience Classic at Spruce Lodge last weekend to qualify for Dressage Ireland’s National Championships at Barnadown next month, but came away with two championship successes to her credit.

Coad, who turned 12 two weeks ago, won the Category 1 titles at both Preliminary (141.67) and Novice (135.13) level with her working hunter pony, Frosthill Jackaroo, a 17-year-old skewbald gelding by Twyford Jorrocks with whom she has established a very successful relationship.

Last Wednesday, they were second in the Under 12s combined training at the Irish Pony Club Festival in Barnadown.

“It was her coach, Luke Drea, who suggested that we try affiliated dressage and, as we don’t live too far from Spruce Lodge, we decided to give it a go. Also, as it’s a while yet to HOYS, it’s a good way of keeping them competitive without going around the showing circuit, week on week. They are having an incredible year.”