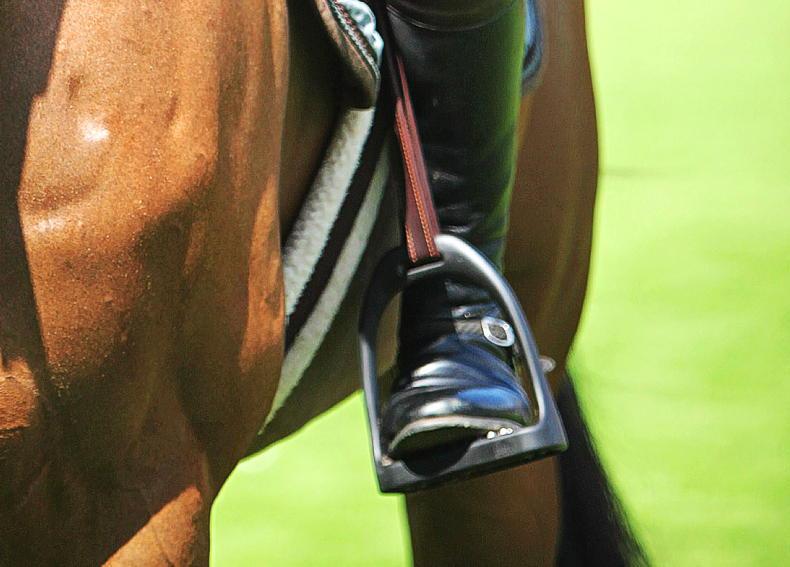 GARRANMORE Equestrian was the venue for last Sunday’s North Munster Region show where the highest score of the day, 75%, was recorded in the Preliminary BD15 by Fionnan Kiernan O’Brien on the Dutch Warmblood gelding Lohengrin, a five-year-old dun owned by show secretary Tara Dalton.

In the other classes at this level, Virginie Bibes won the DI6 on her Dutch Warmblood gelding Kontador (71.15), a chesnut six-year-old by Googel, with Ethan Boles faring best in the DI18 on Stanley Grange Regal Request (70%).

Holly Boles was also on the mark on Sunday, winning the Novice BD38 on board McNamara’s 11-year-old ISH mare Commanche Moll (74.52) who is by Waldo van Dungen out of a thoroughbred mare by Commanche Run. In the DI24A, Anthony Quigley topped the final leaderboard with his similarly-aged mare, Miss Murphy (69.33).

At Elementary level, Raynal Cunningham won the DI51 with the eight-year-old ISH gelding Birchill Cassanova (70.56), a bay by Cappa Cassanova, while Gavin Smiddy narrowly failed to hit the 70% mark in the BD43 which he won with his Novice eventer DSH Showtime (69.66), a six-year-old OBOS Quality 007 gelding.